Blur frontman invites us into his mystical world of subterranean blues

On a decidedly wet and windy night in February, Damon Albarn dramatically transports the damp Dublin audience to the world that he’s created on his Iceland-inspired concept album, The Nearer the Fountain, More Pure the Stream Flows.

Beginning in complete darkness, there is an instant cinematic feel to the show. Haunting synth and sweeping strings build a sense of anticipation as the audience awaits a reveal of some sort – before the album's title track opens the show.

It isn't until the third track of the evening, ‘Early Morning’, that you can get any sort of a glimpse of Albarn. The low light begins to outline his thick-framed glasses and beanie hat. Sat centre stage at a grand piano, Albarn is surrounded by an ensemble of musicians, including a string section, drums, guitars and sax. For the outstanding ‘Royal Morning Blue,’ indigo lights shine down, creating an aquatic, cave-like atmosphere – and taking the performance to another level. 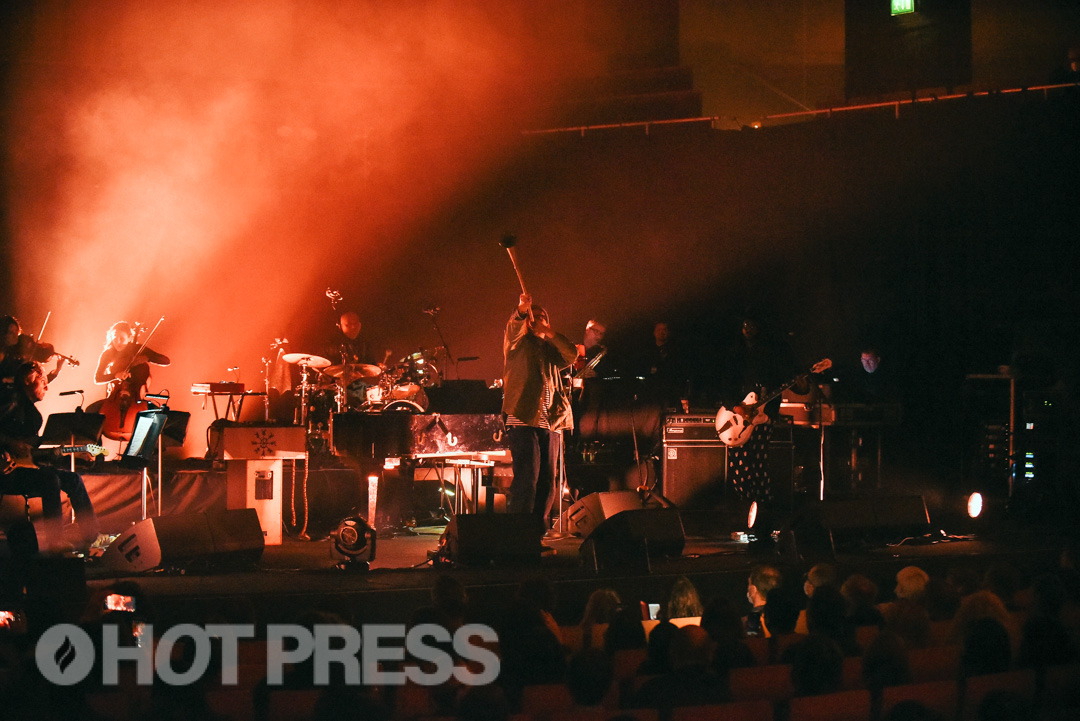 There’s a sense of reverence throughout the evening. It feels more like attending a classical recital than the solo gig of a Britpop icon. There's not a peep from the audience, save for the odd hiss of a can being cracked respectfully in slow motion. An unexpected loud call of “Damon” from an enthusiastic fan almost feels inappropriate.

Having spent the past 20 years of his musical career exploring his seemingly infinite well of creativity, Damon Albarn exudes a sense of contentment, liberation and melancholy, all at once. Gifted with a rapturous standing ovation, Albarn urges the audience to “stay in this world” as he returns with an encore of outtakes.

An evening of beautiful music brought to life across an intimate and memorable 70-minute performance. 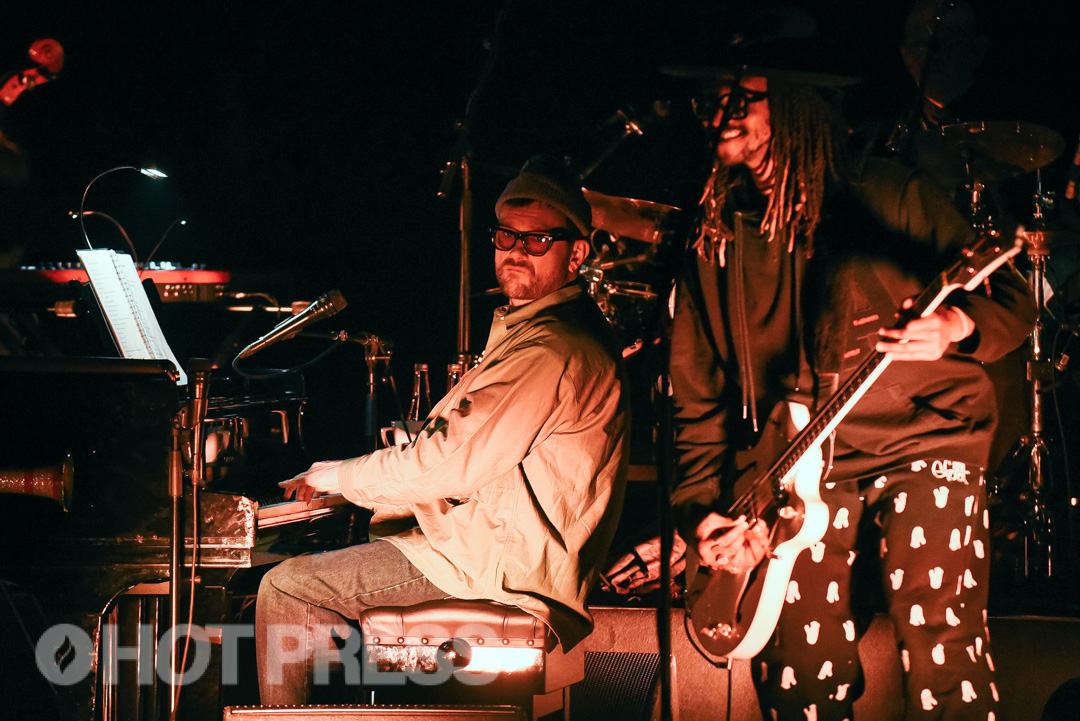