Countdown to Forever Young Festival: Nik Kershaw – "One of the craziest gigs I can ever remember was at Dublin’s National Stadium back in 1984"
Nik Kershaw. Credit: martinshawphotography.com

Now 64-years-old but not in any way looking it, Nik Kershaw first rose to prominence back in 1984, climbing the charts with synth-pop hits like ‘The Riddle’, ‘Won’t Let The Sun Go Down On Me’, ‘Dancing Girls’, ‘Wouldn’t It Be Good’ and more.

His 62 weeks on the UK Singles Chart through 1984 and 1985 beat all other solo artists, and his Live Aid slot was a memorable moment in that era-defining event. Returning to Ireland for Forever Young, how does Nik feel about the line-up?

“They’re all mates, really!” he enthuses. “It’s the usual suspects who I bump into across fields all summer. It’s great to hang out together and celebrate these songs. It’s quite clearly an ‘80s festival so I won’t be playing the tracks off the new album [2020’s Oxymoron]. Don’t worry about that, I’ll be performing the hits. That’s part of the deal! That’s fine with me, because I love playing those singles.

“I’ve been to Ireland many times before,” he adds. “I’ll be in Belfast the next day so I get to drive through the Irish countryside, but unfortunately I won’t get time to do any tourist bits in July. I used to own a property in West Cork, though, so I know the area well. I love it over there. It was great fun being around Clonakilty, it was beautiful. I need to go back, it would be nice to spend time over there.”

How does he feel about the response from Irish audiences?

“The Irish crowd are a bit wackier than most, usually,” he grins. “One of the craziest gigs I can ever remember was at Dublin’s National Stadium back in 1984. There are some black and white photos somewhere of absolute mayhem.” 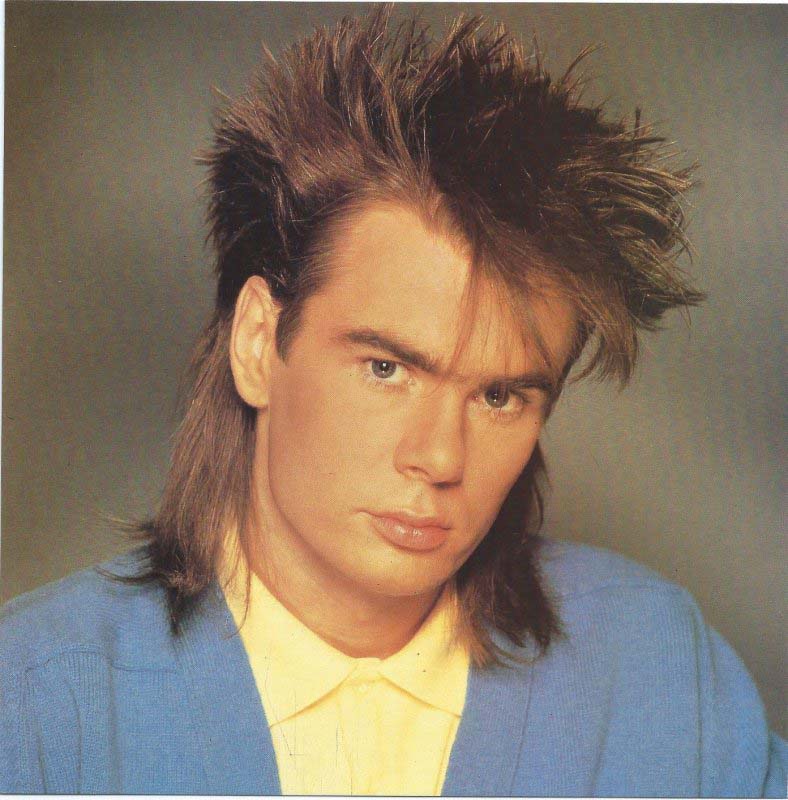 Nik continues to perform at ‘80s revival events and festivals, playing a 31-date UK tour with Go West, including support from Carol Decker (also on the Forever Young bill).

“Things have changed over the years,” he reflects. “Obviously I’m not playing the same-sized venues as I was back then, I’m playing theatres now, which is actually really nice. My audience isn’t getting any younger, they like to have a sit down every now and again! It’s been a while since I’ve played a band show in Ireland, but I’d really love to play a small Cork theatre. It’s beautiful.

“People consume music very differently nowadays than they did in the 1980s. They got more engaged with it back then, because you had a physical album and could read the sleeve notes. It felt more real to own a piece of music. It’s a bit of a mystery to me.

“Some of the same fans from the ‘80s are still around, still faithful and I’m eternally grateful to those guys. I got accused of jumping on the ‘80s revival bandwagon when I put out an album in 1999. You’d think the love for that decade would last around 10 years but no - it’s still going!

What surreal ‘pinch me’ incidents does Nik recall from that time in his life?

“There were certainly moments that stick in the memory. One of them is Live Aid. I’m not allowed to forget about that because people always ask about it!” he smiles. “There were lots of great, great shows. There was plenty of hanging out in airports and hotel rooms, of course. I remember some magical moments in studios but the more visceral moments I recall are based around shows all over the world.

“When I did some acoustic gigs in recent years I was telling some anecdotes, and one of them was about the three times when I nearly met David Bowie! I was completely tongue-tied whenever I was in his presence. I lost the ability to speak entirely.

“It’s weird, because when you’re in the business and you’re close to the glamour and the glitz, you bump into people like that. Most of them are just normal, nice figures. I just couldn’t say a word to Bowie because he was such a hero of mine. It’s only happened to me twice, the other time was with Joni Mitchell.”

Does Kershaw still get jitters when stage-time beckons?

“I still get nervous, but healthily so,” he nods. “It keeps me on my toes and keeps me focused. Back in the day, I used to get physically sick from the nerves. I pace a lot, actually - I can’t sit down. I might have a bit of Dutch courage before I go out. It’s like jumping off a cliff every night, walking on stage but so, so rewarding!”

For more, see foreveryoungfestival.ie – and read the full Forever Young special feature in the new issue of Hot Press: