Following the release of her acclaimed memoir, Barefoot Pilgrimage, Andrea Corr reflects on sexism in the music industry, coming to terms with the Catholic Church’s crimes without losing her faith, the importance of Billie Eilish, and the future of The Corrs.

Celebrity memoirs are often best taken with a pinch of salt. Whether you’re reading a ghost-written run-through of a pop star’s glory years, or a hastily thrown-together money-spinner, the genre is not typically associated with, shall we say, literary merit. That’s exactly why Andrea Corr’s stunning memoir, Barefoot Pilgrimage, has blindsided both critics and the public.

Following the death of her father Gerry in 2015, Andrea began seriously reflecting on her life’s journey – resulting in a refreshingly honest work that prioritises the intricacies of family life and faith above the glitz of her world-dominating success as the lead singer of The Corrs. Indeed, for a globally idolised woman, who’s received an honorary MBE, topped charts around the world and rubbed shoulders with the likes of Nelson Mandela, Andrea proves astonishingly normal, in the best sense of the word, both on the page and in conversation.

“I wanted to record what I believed to be an extraordinary story, now that I was far away from it,” Andrea explains. “And that doesn’t just mean the music, but the home as well. It wasn’t until I came to the very end of writing this book that I even thought about people reading it.”

“Somebody recently said to me in an interview, ‘I didn’t realise you were so funny!’” she recalls with a laugh. “I was in a band as a singer – I wasn’t trying to be a celebrity character or a comedienne. I was shy in the band, particularly in interviews, though not so much on stage. I didn’t do a lot of talking, but I’ve made up for that in the book.”

Barefoot Pilgrimage was a worthy winner at this year’s An Post Irish Book Awards, taking home the prestigious prize of Ireland AM Popular Non-Fiction Book of the Year.

“That was so emotional for me,” she nods. “Particularly because Daddy’s poetry was in the book. If he knew – and I think in a way he does – that he won an Irish Book Award, he’d be thrilled.”

Family takes a central role in Barefoot Pilgrimage, as it clearly does in Andrea’s everyday life – demonstrated mid-interview by her expert defusing of a rapidly escalating snack-related row between her two children.

Personal photographs are dispersed throughout the book, while she explores some of the more painful moments throughout her family’s life, including the loss of her parents and her three-year-old brother Gerard, who died before Andrea was born. Were her family apprehensive about her decision to share these private moments with the world?

“No, because I only showed it to them once it was finished,” she reveals. “I didn’t tell anybody about it along the way. I didn’t want the expectations – because I didn’t even know what I was doing myself. But at the same time, there’s no dirty laundry, and it was never going to be sensationalist or tabloid-worthy. I kind of despair at culture these days – there’s so little dignity.”

Nonetheless, Barefoot Pilgrimage has sparked a massive reaction among readers – particularly with regard to Andrea’s moving discussion of her five miscarriages, a subject that’s impacted the lives of countless women, but often goes undiscussed in Irish life.

“Before the book came out, I was thinking about the subjects in it, and I just didn’t anticipate such a reaction to that section,” she reflects. “That reaction is very telling of how many people are quiet about their hidden grief. It’s made me quite emotional to think so many people suffer in that way – when having these pitfalls can really be a part of your reproductive life.”

The book also sees her openly discussing her faith – something she finds is becoming increasingly difficult in today’s rapidly changing world.

“These days we’re constantly being turned towards hate and darkness – because that’s what we’re watching all the time,” she muses. “Myself included. I’ll sit down and I’ll watch Making A Murderer, and I’ll be intrigued. But really, what we’re talking about are dead bodies, murder and hurt. And then, of course, there’s the leaders who we’re looking at. We’re watching and listening to some awful people.

“And yet, we can’t talk about our faith in humankind, or what happens to our parents and loved ones when they die,” she continues. ”That seems to be something we’re not really permitted to have a point of view on. It’s strange. But the thing is, if you’re confident in your own faith, you don’t need to push it down anyone’s throat, and that’s certainly not something I would consider. It’s something that’s with me every day of my life.”

In the face of dramatic changes in the Roman Catholic Church, does she continue to find solace in prayer and Catholicism?

“Absolutely,” she says. “Like everybody else, I’ve seen and been horrified by the crimes that have been permitted to happen within the Catholic Church that we’ve been brought up in. Those people should be fully compensated as much as they can, because their lives have now gone down a different road than they should have.

“But at the same time, for my own happiness, my own faith, and even my faith in humankind, I can’t blame God for it. I don’t want to lose God.” 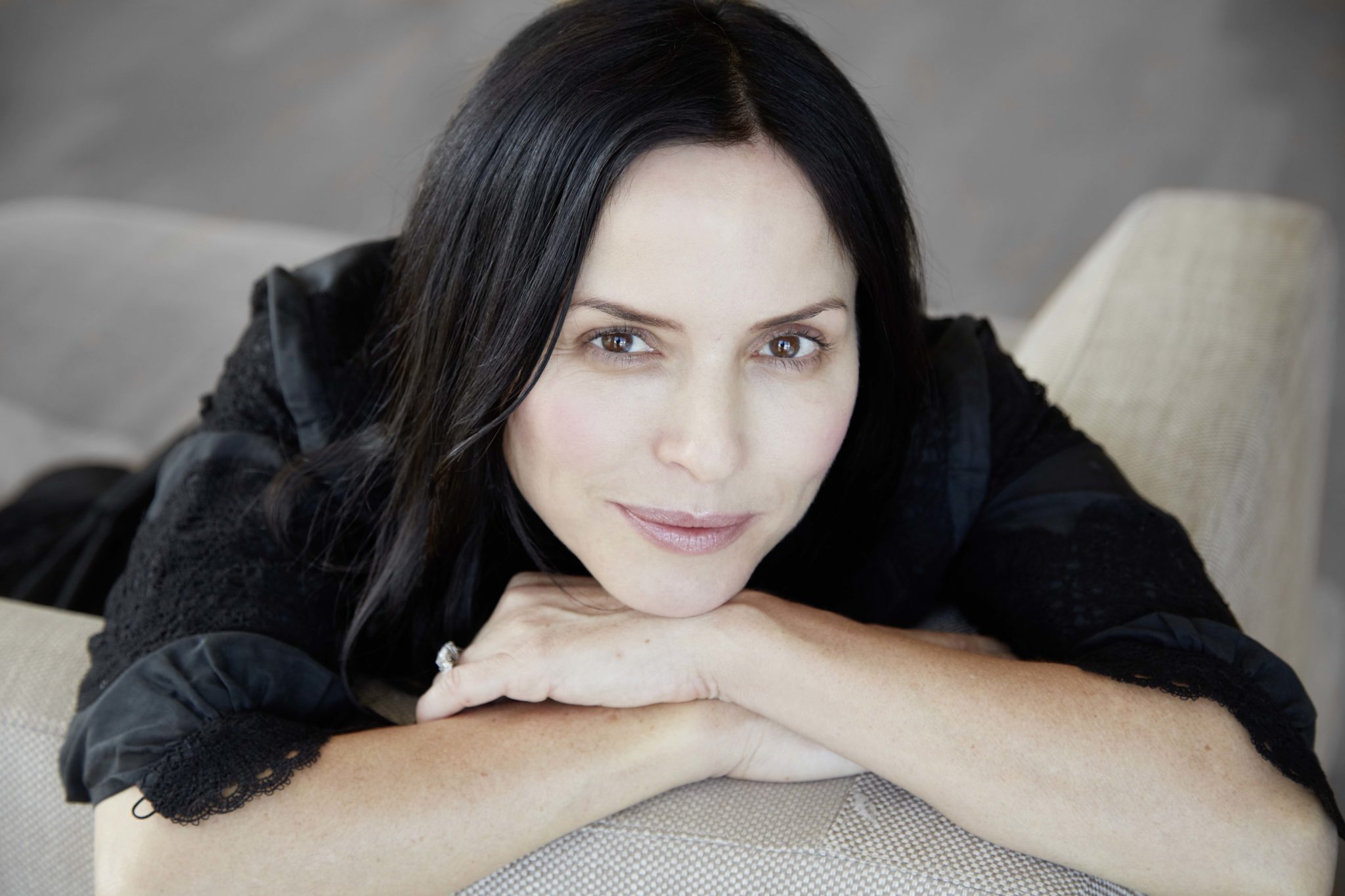 In the book, Andrea also addresses the realities of growing up in Dundalk during The Troubles – describing a no-go area known as ‘Little Belfast’ in her town, and her mother’s fears over armed soldiers on the border. It’s timely, given that, four decades later, the Irish border and sectarian tensions are once again headline news.

“It was a time of terror,” she reflects. “Those wounds, from what occurred and from how people were forced to live, are still so fresh – so I hope that we will know not to walk ourselves into that again, in any way. That will meet such resistance.”

Andrea’s searingly honest approach also extends to her discussion of fame – something she admits to struggling with in her twenties. Would she be reluctant to let her children enter that world?

“Well, I’m here with a book, and an extraordinary story to tell – and that’s because of a passion for music, and walking, albeit naively, into that world,” she considers. “If my children loved music, of course I’d embrace it all the way. I wouldn’t be without my worries, but at the same time, I’d have my worries no matter what they went into!”

“She seems like an old soul,” Andrea smiles. “I’m going to sound like a granny now, but I really do respect her stance against the over-sexualisation of women in pop culture and pop music. And I really love the songs – I’m happy that there’s no swear words, so it’s alright for the kids, too (laughs).”

She’s also noted that, at the height of The Corrs’ fame, there was a tendency among the media to pit the sisters against each other, or judge them solely by their looks – while Jim, as the sole male member of the band, was deemed the ‘proper’ musician. Are those sexist practices changing?

“Definitely not, no,” she sighs. “I would imagine that people in that position now are still getting the same treatment. It didn’t really cause tension between us, but it did cause discomfort.”

Andrea surmises that life in the public eye may be more straightforward for men – with superstars like Bono often sitting more comfortably in their fame.

“I think he’s just about gotten used to it by now,” she laughs. “It’s something he’s learned to live with it. But even John Hughes, our manager, would say that, when you watch a male rock band getting off a plane looking all wrecked, worn and messy, it’s grand – in fact, they’re probably all the more credible for it. With women, it doesn’t quite work out the same way.”

Having recently moved back to Ireland with her husband and two children, is Andrea keeping up with the current happenings on the homegrown scene?

“I’m addicted to The Gloaming!” she enthuses. “I keep putting it on every day and my children are like, ‘Mammy, you’re playing that song again!’. But aside from that, I’m pretty terrible – I’m always listening to audiobooks.”

As we hurtle towards the end of another decade, which saw the release of her second solo album, Lifelines, and a major Corrs reunion, it’s no surprise that Andrea’s real standout moments revolve around her family.

“Yes, it would have to be the children,” she nods. “He’s nearly six and she’s seven – so they’re very much of this decade. And of course, the book. It’s a massive highlight.”

And could a Corrs reunion be on the cards for 2020?

“I hope that we play together again,” Andrea smiles. “We’re talking about doing dates, and I believe we will do something. It’s just about managing all of our lives, with the children and everything. Having gone solo, and done all that, I really appreciate being a singer in a band, especially a band such as The Corrs. I love that position, and I really look forward to singing our songs again.”

Barefoot Pilgrimage is out now. 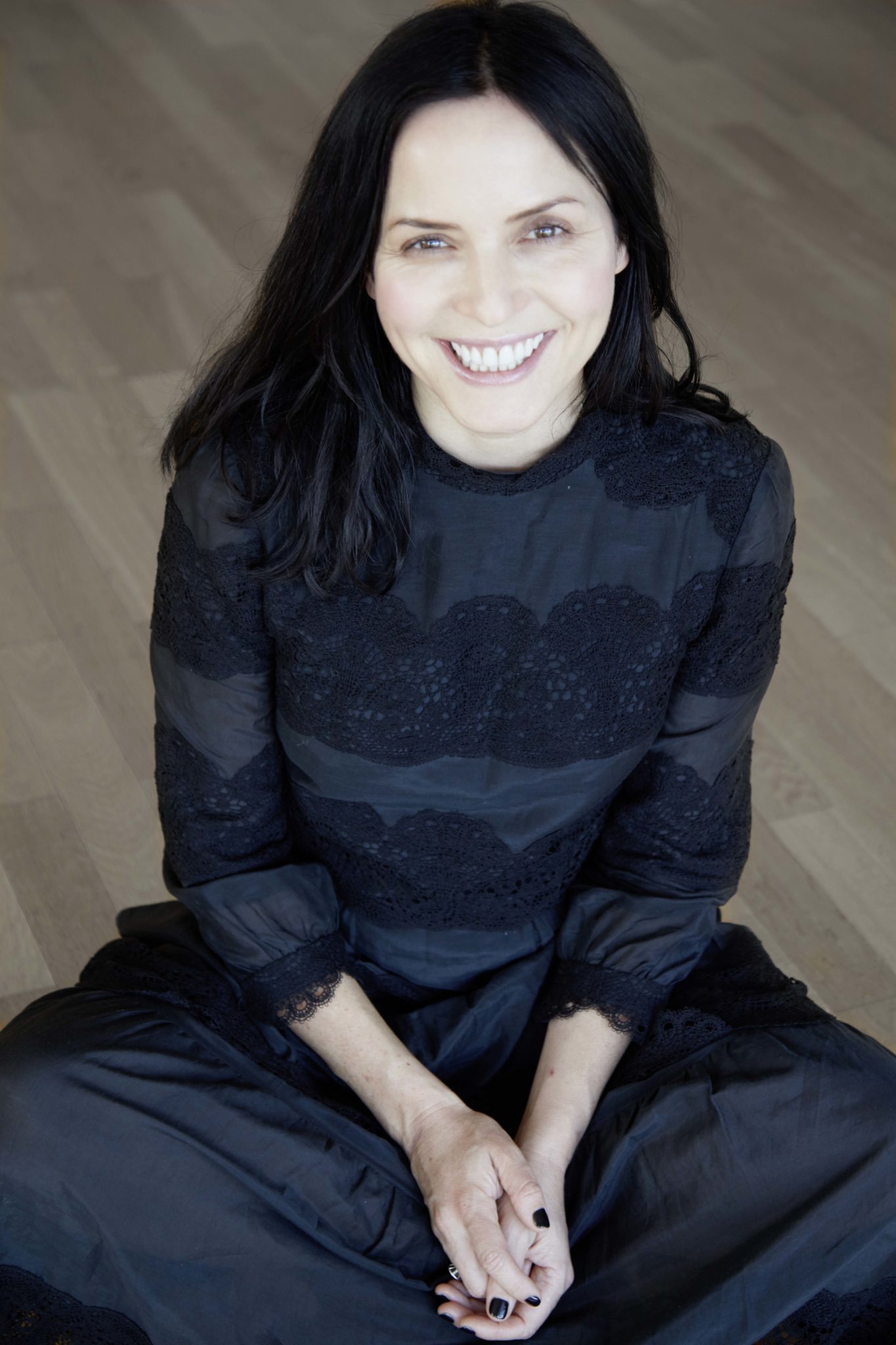