Following a rewarding season, Derry City go into the FAI Cup Final on Sunday as favourites. But Shelbourne, under the charismatic Damien Duff, have proven their mettle during the campaign and might just spring a surprise.

The FAI Cup Final takes place this weekend and it really is a day for fans of Irish football to savour.

That’s in stark contrast to England, where the FAI Cup seems to have lost a lot of its sense of occasion. While there’s still a sort of muffled joy in watching a non-league team go on a bit of a cup run, or seeing a Premier League side knocked out by a team from the third or fourth tier, the Cup has been relegated to the position of an unwelcome interruption to league and European football by many of the bigger sides.

Jurgen Klopp is constantly criticised for not treating the FAI Cup with respect in his team selections while Manchester City failed to sell out their cup semi-final last season.

The situation is different in Ireland. Amongst League of Ireland fans, the cup remains a kind of holy grail of Irish football.

As a result, for supporters of Derry City and Shelbourne, this coming Sunday will feel like the only day of the year that matters. Candy-striped busloads will make their way to the capital with flags rippling the whole way down the M1. Shels, meanwhile, will march across the Liffey followed by a red cloud of flare smoke. For Irish football fans, the magic of the cup remains unrivalled.

Two communities of football supporters have spent the last few weeks gearing up for what promises to be an incredibly special Cup final this coming Sunday. Both sets of fans have a reputation for the extent of their fanaticism. They will make their presence known in Dublin 4 on Sunday afternoon. Hopefully in a good way.

Part of the magic is that the FAI Cup is an extremely open competition. Having gained entry by winning the FAI Junior Cup, Waterford’s Villa FC were able to consider themselves only six games away from European football. They didn’t get there, but the romance of it is undeniable.

Shamrock Rovers have been the dominant force in Irish football for the past few seasons, with financial backing that most other Irish clubs envy. They have been crowned League of Ireland champions for three consecutive seasons now. However, their last FAI Cup victory came in 2019.

Last years’ champions St. Patrick’s Athletic were knocked out in the first round this season in a 3-2 loss at home to First Division side Waterford. Their counterparts in the final Bohemians were hammered 3-0 in the quarter final by Shelbourne. It’s a competition where serious upsets can happen at any stage. 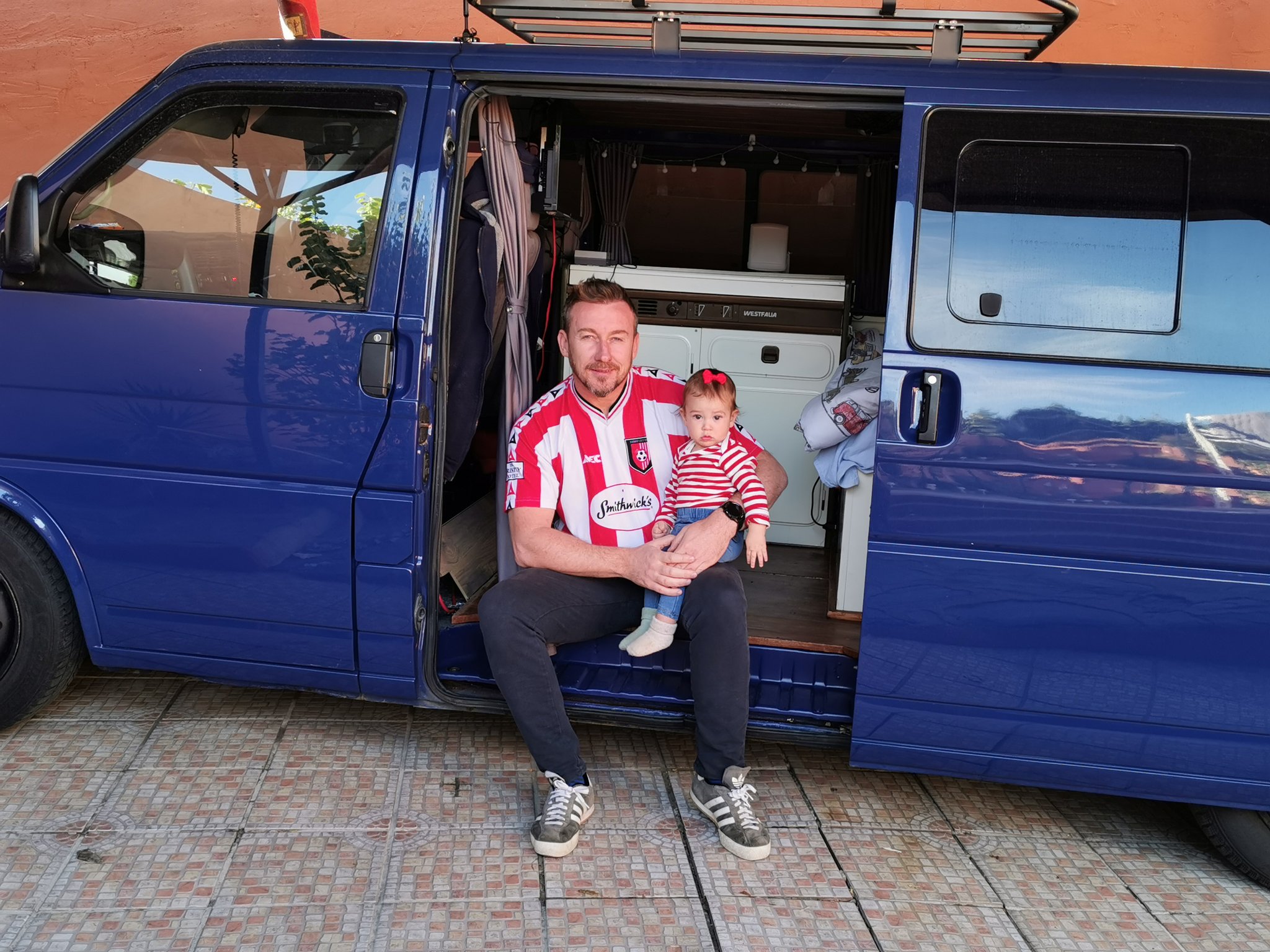 The bookies favourites for Sunday will be Derry City. They have become an attractive team to watch since billionaire chairman Philip O’Doherty’s investment in the squad at the start of the season.

Manager Ruadhrí Higgins has developed a squad of highly experienced League of Ireland professionals and young talent. The marquee signings at the start of the season were the likes of Patrick McEleney and Michael Duffy, however Will Patching and Cameron Dummigan have been two of Derry’s most important players all season with Mark Connolly providing a level of experience in defence that has earned him a nomination for PFAI Player of the Year.

Brian Maher has become first choice between the sticks for the Irish under-21 international team on the back of his performances with Derry, and with promising talent coming through the ranks in the likes of Ronan Boyce, Derry’s future, on the pitch anyway, seems guaranteed. This season, they elevated themselves to the position of title contenders, eventually finishing as runners-up and booking their place in Europe. Make no mistake, as a way of crowning a fine season, an FAI Cup victory would do wonders for the club, and indeed the entire city’s confidence ahead of next year’s campaign.

Their status as favourites is deserved. Their cup campaign has been convincing, but was not without its heart-in-mouth moments. A 7-0 victory over Oliver Bond Celtic of the Leinster Senior League in the first round was followed by a 2-0 defeat of First Division Champions, Cork City. After pushing past Premier Division Champions Shamrock Rovers in a 3-1 victory after extra-time, they were presented with, perhaps the most favourable of the semi final draws.

A victory over Limerick’s Treaty United was hard fought however. After two opening goals from Jamie McGonigle and Brandon Kavanagh for the hosts, an Enda Curran penalty a half hour in put Treaty right back in it. Derry held out for a 2-1 victory booking them a place at the Aviva Stadium on 13 November. 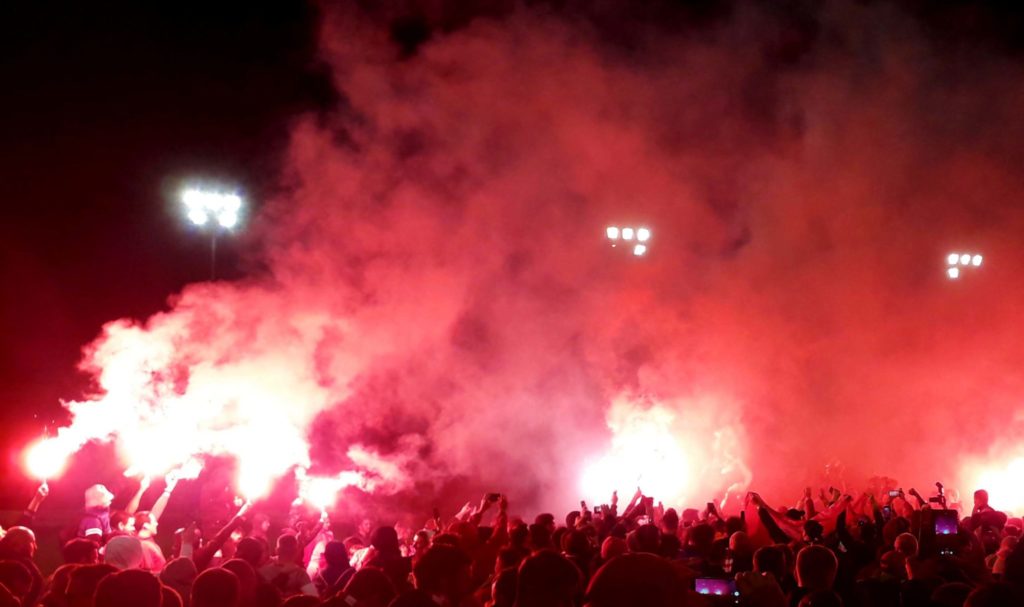 Shelbourne, similarly, cruised through much of their cup campaign. Having defeated Bray Wanderers and Donegal’s Bonagee United convincingly in the opening rounds, the highlight was a 3-0 thrashing of Bohs in the quarter final at Tolka Park. Their semi-final fixture against Waterford in the RSC was their biggest challenge of the campaign. Gavin Molloy’s goal after 15 minutes sealed it. Waterford, who were in a rich vein of form, dominated in terms of possession but couldn’t find a way through.

For Damien Duff’s men, the cup final is perhaps Shelbourne’s biggest game since their European exploits of 2005. Their last Cup win came in 2000, when they defeated Bohs in a replay in Tolka Park. Their league campaign this season was a mixed bag. They played some good football on occasion along the way, but finished in seventh place, well clear of relegation but a considerable distance from the coveted European qualification. The beauty of the FAI Cup is that win on Sunday would potentially transform their 2023 season, sending them back into European football, where many in the Red Brigade feel they belong.

If they are to have any real hope of a victory on Sunday they will have to play with the same dogged determination as they showed against Waterford. A high press and hard work has the potential to force Derry to make mistakes. If you’re a Shels fan, you’ll hope that the likes of Luke Byrne and Shane Griffin will use their experience to keep the Reds disciplined at the back and that Shane Farrell and Jack Boylan can pick up the pieces and create a threat at the other end. Sean Boyd gave a monumental display in the RSC. His physicality along with his work rate up front created nightmares for the Waterford defence. They’ll need more of the same on Sunday.

Shels will be without fan favourite – and FAI Cup winner with St. Pat’s last season – Matty Smith – who is on loan with Shelbourne from his parent club, which just happens to be Derry City! An unusual situation for the Scot, he might just pick up a winners medal regardless of who wins. And maybe a runners-up medal into the bargain.

While tactics and determination will obviously play a massive role in this cup final, the atmosphere brought by the fans of the two clubs might just influence the result. Both sets of fans are hardcore supporters. Expect tifos, flares and drums, and intense chanting throughout the match. The entirety of Ballsbridge will shake with the noise made on Sunday afternoon. In short, it will be a spectacle.

If you can, get yourself to Lansdowne Road on Sunday. It will be a good game of football, but the fans will create the occasion. They could even decide the result.

Get your tickets for the 2022 FAI Cup Final.

Bohemians redesign jersey over image rights issues
Review: FIFA 23 – "A game that brings in the new, while not quite ushering out the old"
Direct Provision Christmas Gift Drive launched by Bohemian FC, MASI, Bang Bang, the RDS and DHL
West Cork Distillers: "It’s important to us to maintain that ability to try something new, and keep experimenting"
Irish Distilling Special: "Talk about punching above their weight..."
World Cup Preview: "Head on the block time: we’re backing Tite to fix the lingering problems in his team"