The second season of the smash hit comedy series is set to arrive on screens later this year.

Filming for season two of The Young Offenders is well underway in Cork, with cast and crew spotted on Patrick's Street, as well as housing estates around the northside of the city. The show, which stars Alex Murphy, Chris Walley and PJ Gallagher, has now revealed the first look at the highly anticipated new series: 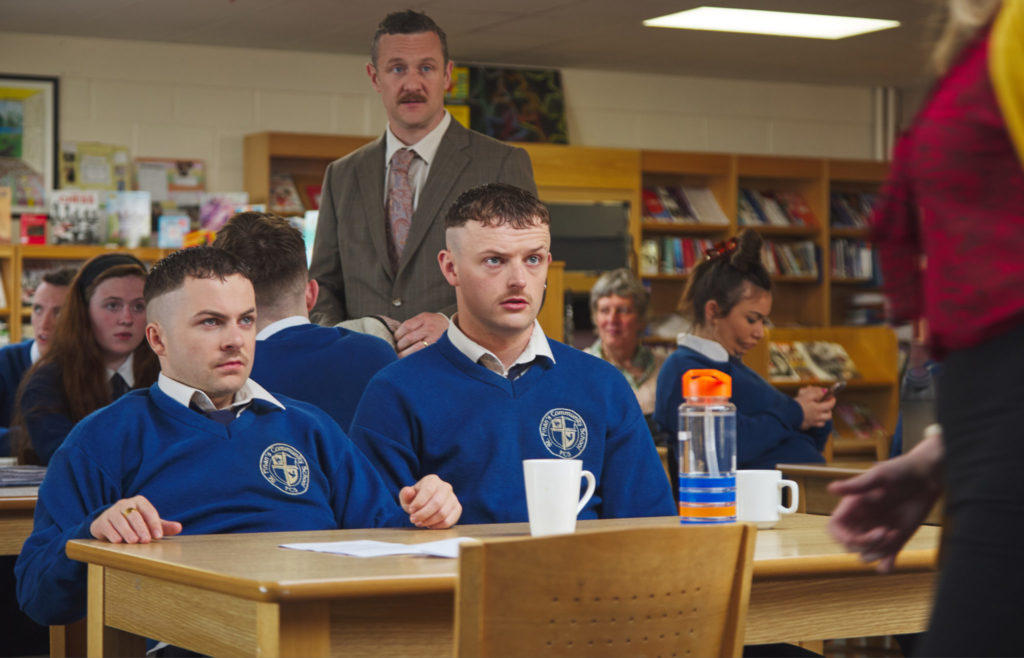 The Young Offenders, named our TV Comedy of the Year for 2018, has been met with serious acclaim since its premiere. The series snagged a prestigious Rose d'Or nomination last year, while Chris Walley, who plays Jock O'Keefe in the series, was one of 19 rising stars to be honoured by BAFTA as  'Breakthrough Brits'. Although a proud Corkman, the actor has been based in the UK for the last three years. Irish actors Jessie Buckley and Martin McCann are also previous recipients of the honours.

Made for BBC Three, in association with RTE, the hit comedy series is based off the lauded feature film of the same name. Peter Foott is the creator of the show with Martina Niland (Once, Sing Street) and Tim Whitby (Gap Year, Shameless) producing.

The second series of The Young Offenders brings back all the fan favourites, including Conor and Jock (Alex Murphy and Chris Walley); Mairéad (Hilary Rose); Principal Walsh and his wife Orla along with their two daughters Linda and Siobhán (PJ Gallagher, Orla Fitzgerald, Demi Isaac Oviawe and Jennifer Barry); Sergeant Healy (Dominic McHale) and of course Billy Murphy (Shane Casey).