Oscars 2023: Irish talent scoop nominations across the board
Colin Farrell and Barry Keoghan in the film THE BANSHEES OF INISHERIN. Photo by Jonathan Hession. Courtesy of Searchlight Pictures. © 2022 20th Century Studios All Rights Reserved.

The Oscars will take place on Sunday, March 12th at the Dolby Theatre in Los Angeles.

The nominees were announced today, January 24th, at 1:30pm Irish time. Most notably, Colin Farrell and Paul Mescal have received their first best actor Oscar nominations. Colin was nominated for his role in The Banshees of Inisherin, while Normal People star Paul Mescal was honoured for his part in indie film Aftersun.

They will compete against US heavyweights Austin Butler and Brendan Fraser who have also won acclaim for their performances in Elvis and The Whale - plus English actor Bill Nighy. He has also received his first Oscar nomination for his role in Living.

Nighy and Farrell have already picked up nods for their performances at other award shows, with Farrell winning the Golden Globe for best actor in a motion picture, musical or comedy. 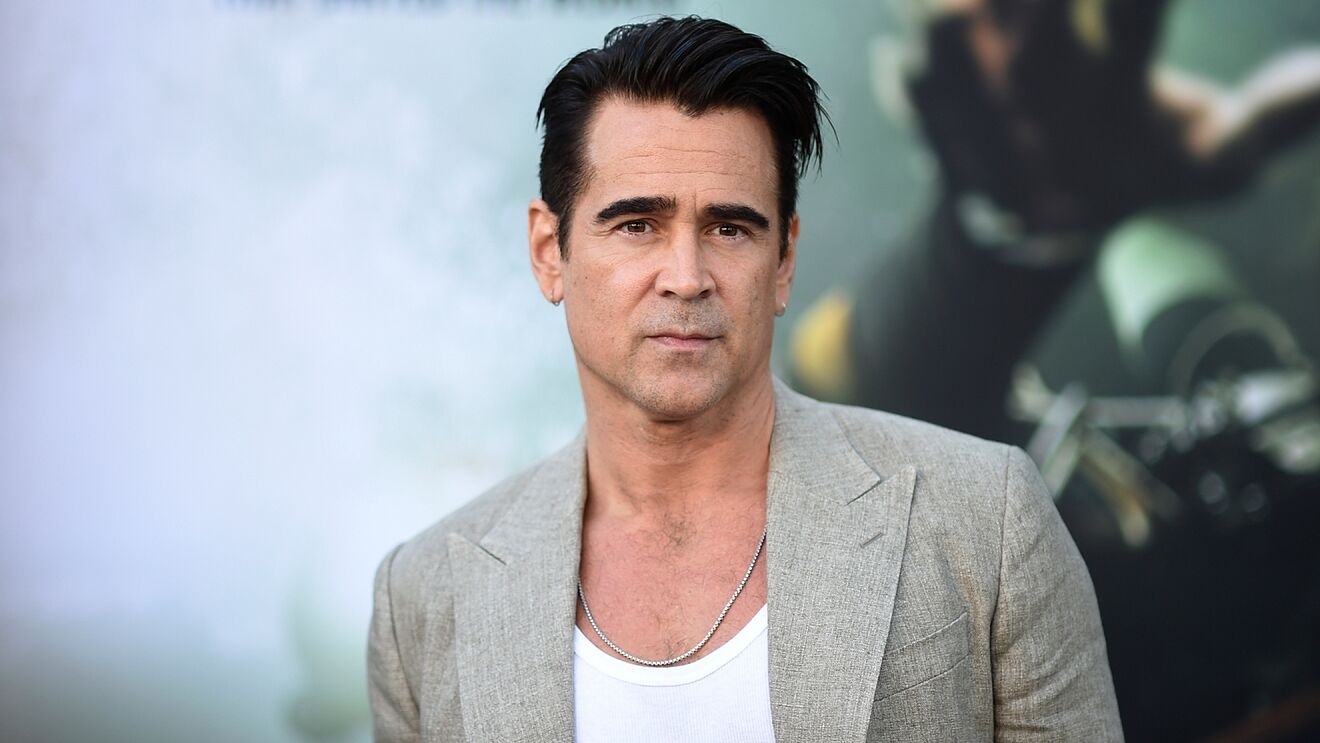 Nighy portrays a veteran civil servant who is inspired to make the most of his remaining days, following a life of tedium, in Living.

Martin McDonagh's black comedy-drama (Banshees) and Irish language film An Cailín Ciúin have both been recognised, alongside the acting talent of Kerry Condon, Brendan Gleeson, and more.

An Cailín Ciúin (The Quiet Girl) has gained immense momentum in the build-up to the nominations, and writer-director Colm Bairéad, his cast, and crew experienced a nail-biting wait for the nominees in the fiercely contested Best International Feature Film category. 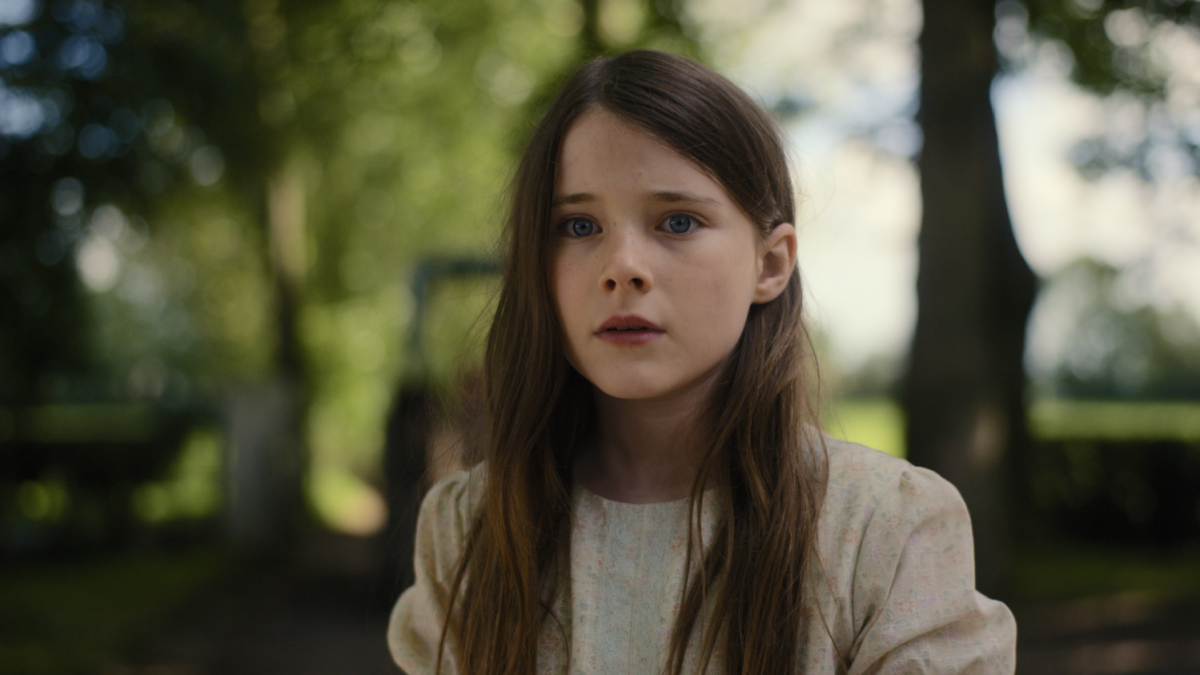 Still from An Cailín Ciúin.

“Our huge congratulations to Colm Bairéad and Cleona Ní Chrualaoi on An Cailín Ciúin (The Quiet Girl)’s Academy Award nomination today. This is an historic moment for Irish-language film, which we are immensely proud of, along with our Cine4 partners TG4 and the BAI. Best International feature is an intensely competitive category this year and so it is remarkable to have received the nomination.

This poignant film that Colm Bairéad has made in An Cailín Ciúin is an outstanding artistic achievement, as is the work from the film’s cast and crew, from Kate McCullough’s stunning cinematography to Stephen Rennicks’ emotive score, and of course, Catherine Clinch’s heart-breaking performance.

We’re also delighted to see so many nominations for The Banshees of Inisherin, short film An Irish Goodbye, and for Irish actors Paul Mescal, Colin Farrell, Brendan Gleeson, Kerry Condon and Barry Keoghan. Today’s news is an incredible showcase of the range of Irish creative talent being recognised and celebrated amongst the very best in the world.”

Tá an lá tagtha. The day has come #Oscarnominations 🫣 We feel so supported by you all, buíochas ó chroí for all your kind messages and good wishes 💗 The nominations can be watched here live at 1.30pm🤞🏻☘️#AnCailínCiúin #TheQuietGirl https://t.co/Vo1CDESvwb

The film, based on the novella Foster by Claire Keegan, was also nominated in two BAFTA categories last week – Best Film Not In The English Language and Colm Bairéad for Best Adapted Screenplay.

An Cailín Ciúin is an intricate, deeply felt coming-of-age drama that delves into the meaning of family through the eyes of a neglected young girl. Set in rural Ireland in 1981, the film follows Cáit (Catherine Clinch) as she is sent from her overcrowded, dysfunctional household to live with distant relatives for the summer. She is welcomed with open arms by Eibhlín (Carrie Crowley), but her husband, Seán (Andrew Bennett) keeps Cáit at arm’s length. Slowly, however, a warmth grows within this makeshift family and Cáit begins to blossom in their care. But in this house where there are meant to be no secrets, she discovers one painful truth.

Northern Irish film An Irish Goodbye is among the nominees for Best Live-Action Short for Ross White and Tom Berkeley's work.

Sadly, Sarah Polley and Charlotte Wells missed out on Best Director nominations for Women Talking and Aftersun, meaning that the category is all-male once more.

"This is a wonderful day for the Irish film industry with such a record number of Oscar nominations. An Cailín Ciúin and the Banshees of Inisherin showcase Ireland’s culture, scenery and creative talent at its best. I congratulate all of the Irish nominees and wish them well on Oscar night March 12th 2023. It is an historic day for the Irish language and I look forward to Oscar night when the world will hear the Irish language spoken in a nominated film.”

This year's Oscars will take place on Sunday, March 12th at the Dolby Theatre in Los Angeles.

Paul Mescal reportedly in talks to star in Gladiator sequel
10 Best Films Of 2022
The Banshees of Inisherin, An Cailín Ciúin, Paul Mescal score Bafta longlist nominations
Charlotte Wells on Aftersun: "The single-father/daughter relationship wasn’t a relationship I’d seen. That was part of what inspired me to make it"
Aftersun wins big at the British Independent Film Awards
Belfast and An Cailín Ciúin are craft winners at the European Film Awards