Hits from Bowie, Nina Simone and Wings – plus Jonny Greenwood score – have resulted in another classic PTA soundtrack.

Also on the musical front, one of the film’s two leads is Alana Haim of the superb LA pop-rock outfit Haim, with whom Anderson has a long association, having directed numerous of their videos including ‘Right Now’, ‘Summer Girl’ and ‘The Steps’.

Haim is in the running for an Oscar nom for her role in Licorice Pizza as Alana Kane, a photographer’s assistant struggling to find her identity, for whom high school student Gary Valentine – played by Cooper Hoffman, son of the late great Philip Seymour Hoffman, another regular Anderson collaborator – falls hard. 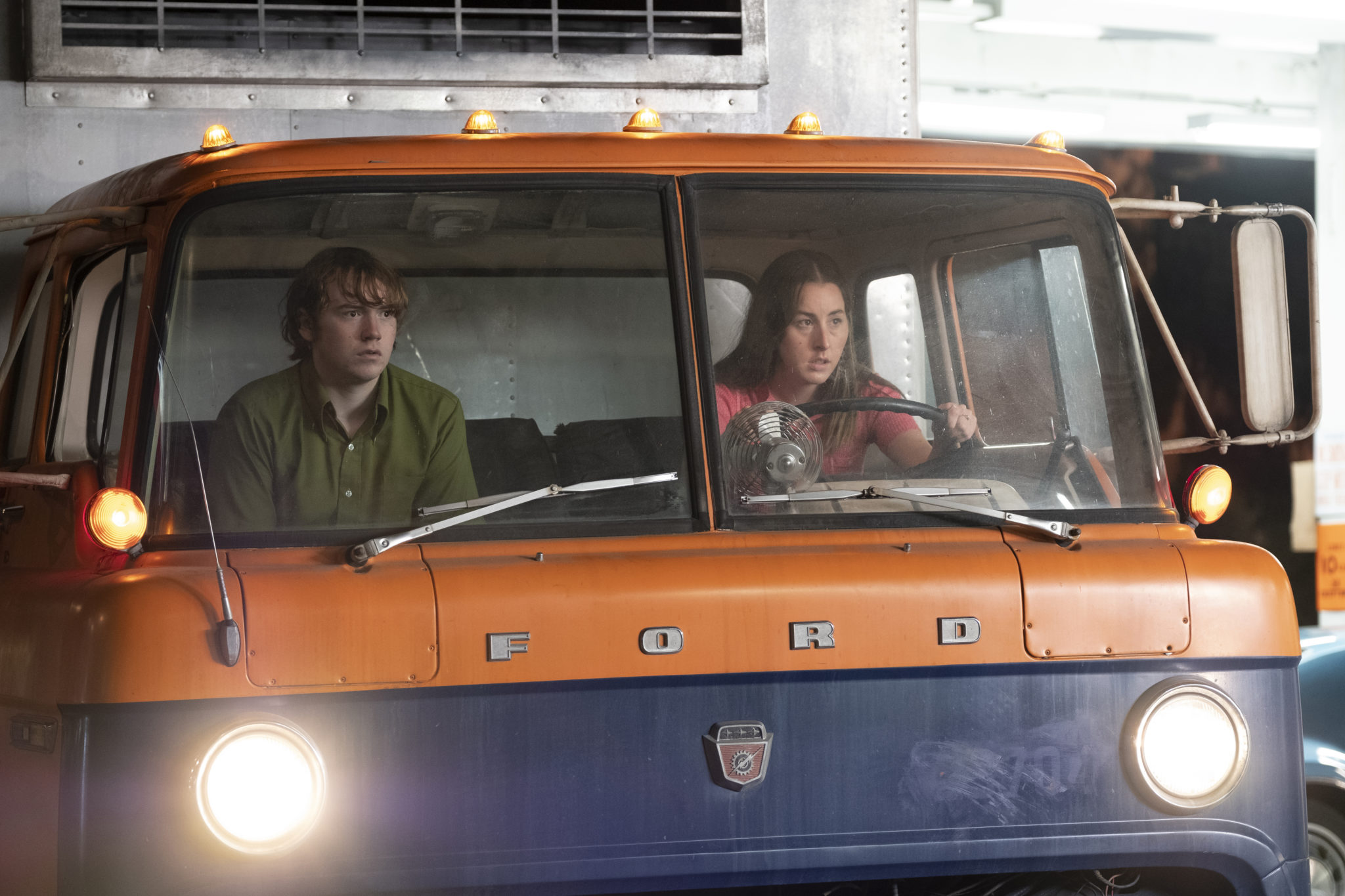 Of course, central to recreating the era’s vibe is the powerfully resonant use of music. This was apparent right from the moment the film’s first trailer appeared, propelled as it was by inspired use of David Bowie’s ‘Life On Mars?’ Without wanting to drop any spoilers, the song is masterfully utilised in Licorice Pizza, as are tracks by Paul McCartney and Wings, The Doors, Nina Simone and more.

Notably, the film also sees Anderson resumes his remarkably fruitful relationship with Radiohead guitarist Jonny Greenwood, who has scored all of his films since There Will Be Blood. In terms of Gen X alt-rockers with parallel glittering composing careers, Greenwood could be said to have a Messi/Ronaldo-type rivalry with Nine Inch Nails’ Trent Reznor, a two-time Oscar winner.

Just as Messi recently collected a seventh Ballon D’or, Greenwood may be experiencing his own annus mirabilis – astonishingly, he has no less than three soundtracks in contention for Oscar nomination, with his scores for Pablo Larrain’s Spencer and Jane Campion’s The Power Of The Dog also in the mix. If his atmospheric orchestral work on Licorice Pizza does get the nod, it would be richly deserved.

Finally, completing the rich musical texture of PTA’s latest opus is the casting of legendary cult artist Tom Waits as seen-it-all movie director Rich Blau, who oversees a bravura sequence in the film where Penn executes a motorbike stunt. Waits’ cameo is also a lovely nod to one of Anderson’s greatest influences, Robert Altman, with the singer previously appearing in the latter’s 1992 epic Short Cuts, a sprawling tale of LA life that had played a major part in shaping the PTA aesthetic.

Overall, when it comes to directors who best incorporate rock and pop and its surrounding culture, Licorice Pizza again shows that Paul Thomas Anderson is in the vanguard.

Licorice Pizza is in Irish cinemas from tomorrow, January 7. Watch the trailer below.