"We’ve lost one of our great treasures," the British singer-songwriter said in an official statement.

Pop icon Kate Bush has paid tribute to her late collaborator Robbie Coltrane, who died last Friday on October 14th, at the age of 72.

The Harry Potter-actor starred in her music video for 'Deeper Understanding', the only single from Bush's 2011 album of re-recorded classics, Director’s Cut. The video was written and directed by Kate Bush herself and features Coltrane as a central character, who becomes consumed by technology. 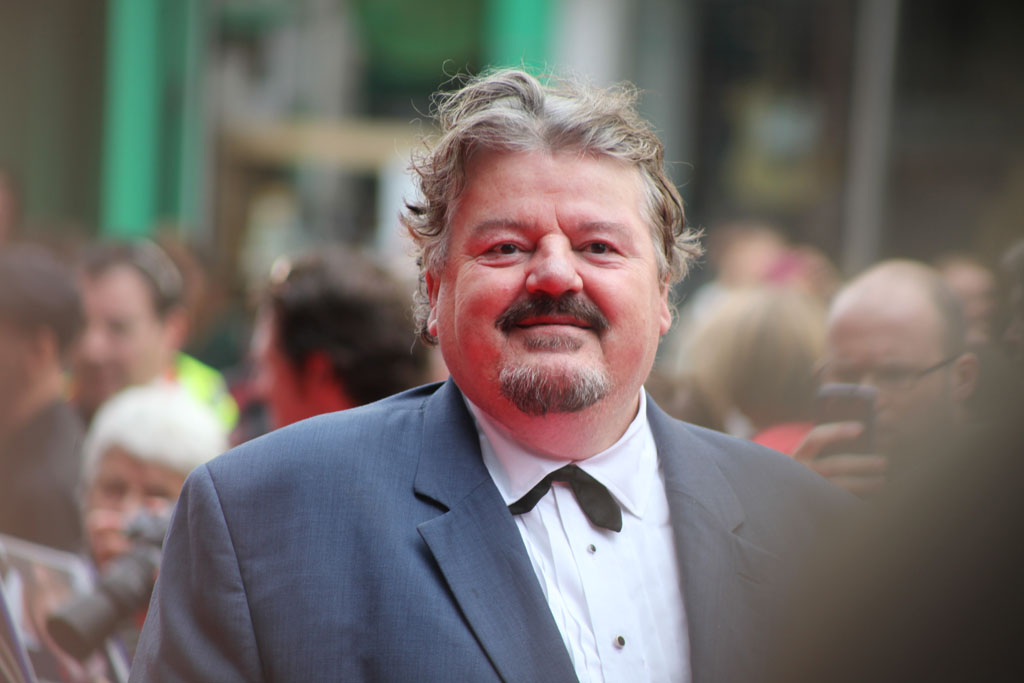 In a statement released on her official website, the singer revealed that she was "very upset" to hear the news of her friend's passing.

"I was very upset to hear the news about Robbie. I’m really grateful that he agreed to star in a video that we made some years ago," the 64-year-old wrote.

"It was incredibly exciting to watch him at work and to be in the presence of his deeply profound intelligence and earthy wit.

"He was so much fun. I’m really going to miss him. I had so much respect for his many talents and his generosity of spirit. We’ve lost one of our great treasures… Kate," she added.

Coltrane, who is best-known and beloved for playing the dragon-loving half-giant Rubeus Hagrid in the Harry Potter films, also appeared as one of the many disembodied voices that try to wake Bush in her 1985 track 'Waking the Witch' from her fifth studio album Hounds of Love.

In an interview with BBC Radio 1 in 1992, Bush explained that these visitors "bring them out of this dream so that they don’t drown". The singer continued, "My mother’s in there, my father, my brothers Paddy and John, Brian Tench – the guy that mixed the album with us – is in there, Del is in there, Robbie Coltrane does one of the voices.

"It was just trying to get lots of different characters and all the ways that people wake you up, like you know, you sorta fall asleep at your desk at school and the teacher says, 'Wake up child, pay attention!'," she said.

Kate Bush is the latest of many fellow artists, friends and fans who have paid tribute to the late actor.

We are hugely saddened to hear of the passing of the magnificent Robbie Coltrane who played Hagrid with such kindness, heart and humour in the Harry Potter films. He was a wonderful actor, a friend to all and he will be deeply missed. pic.twitter.com/CCofb6BMo6

Coltrane was born Anthony Robert McMillan in the Scottish town of Rutherglen, south-east of Glasgow, on March 30th, 1950 as the son of a doctor and a teacher. The actor and comedian graduated from Glasgow Art School and continued his studies in art at Moray House College of Education in Edinburgh. He later changed his name to Coltrane in honor of jazz legend John Coltrane.

While it was his role in Harry Potter that gained him worldwide recognition, Robbie Coltrane starred in a range of acclaimed productions. He portrayed the BAFTA award-winning character Dr Fitz in the drama series Cracker as well as the iconic Bond villain, Valentin Zukovsky, in Goldeneye and The World Is Not Enough. Other outstanding performances include Blackadder The Third, Nuns on the Run, The Adventures Of Huck Finn, Oceans Twelve, and The Pope Must Die.

Robbie Coltrane is survived by his sister, Annie Rae, children Spencer and Alice, and their mother, Rhona Gemmell. His cause of death has not yet been disclosed.

Watch the music video for 'Better Understanding' below.

Kenneth Branagh to be honoured with Lifetime Achievement Award in Limerick
Tributes paid to Angela Lansbury, following the Murder, She Wrote star's death, aged 96
WATCH: Paul Mescal stars as Scottish father in touching trailer for AFTERSUN
Brendan Gleeson to host Saturday Night Live next month
See How They Run director Tom George: "Saoirse Ronan was the first person we went to with the script. She's a brilliant improviser"
Johnny Depp flies over the VMAs with surprise Moonman cameo