Georgia Pritchett: "Maybe anxiety is a way of trying to make sense of the confusion"
Paul Nolan

An Emmy-winning writer who has worked on classic shows like Veep and Succession, Georgia Pritchett’s new memoir,  My Mess Is A Bit Of A Life, powerfully explores her experiences with anxiety.

Having previously written for Armando Iannucci’s classic political sitcoms Veep and The Thick Of It, Georgia Pritchett these days works on what, for my money, is the best show currently on TV, Jesse Armstrong’s Succession. The sublime media satire chronicles the boardroom battles and Shakespearean familial intrigue of the Roy family, who are modelled on the Murdoch dynasty.

An Emmy-winning writer for her TV work, Pritchett has also now written a compelling memoir, My Mess Is A Bit Of A Life, which reflects on her struggles with anxiety, as well as her hugely successful career. Written in short, fragmentary chapters, the book recalls the author’s suburban English upbringing, before charting how – like many comedy writers before her – she got her start contributing to the topical BBC radio series Weekending.

From there, the story encompasses her rise through the ranks of English comedy, her raising of two autistic children, and the eventual confronting of her demons, after her ongoing mental health concerns culminate in a prolonged period of depression and burnout. Funny, insightful and very moving, My Mess Is A Bit Of A Life is a deeply satisfying read.

Initially, Pritchett commenced the book as a therapeutic exercise – at what point did she feel it was something she might like to publish?

“Never!” replies Georgia. “When it was suggested I write my experiences down, I thought it was a terrible idea. But I have a really bad memory, so I thought maybe I should write down what I could remember before it was lost forever. The whole publishing thing has all come as a bit of a surprise.”

Did the book’s origins also influence its structure, with the short, stream-of-consciousness segments?

“Yes, I tried to embrace my limitations as a writer!” says Georgia. “Obviously, because I’m a scriptwriter, I’m used to writing scenes, and so I tend to see things in terms of scenes or moments. And that also suits the fragmentary nature of memory. Particularly for childhood memories where it’s all a bit impressionistic and hazy. I read recently that when we remember things, we are actually remembering the last time we remembered it – and that really fascinated me. We’re all rewriting and editing our lives all the time.”

Were there any particular conclusions Georgia drew from writing about her experiences with anxiety?

“My main conclusion was how confusing life is,” she replies. “As I wrote about my childhood and early adulthood, I realised confusion was as big a factor as anxiety. Maybe anxiety is a way of trying to make sense of the confusion. Also, there’s always something new to worry about. As I mentioned in my book, I like to think I’ve worried about every single possible eventuality. But then I was offered anti-ageing cream for my vagina, and I realised there was a whole avenue of concern I hadn’t covered. There’s always something you haven’t thought of!”

The book presents a stark picture of the sexism women face within UK comedy. Has this improved at all in recent years?

“I think things are improving,” says Georgia. “Slowly. Its easier if you’re a writer/performer rather than just a writer. Having said that, I still get almost all my work in the States – I consider myself a ‘Comedy Refugee’. And it still astonishes me that the main sitcom on the BBC has a man in a dress in the lead. I remember seeing Dick Emery and Benny Hill in the ‘70s and wondering why anyone found that funny – and 50 years later, not much has changed.”

What are some of Georgia’s favourite moments she’s written for Veep, The Thick Of It and Succession?

“I really enjoyed working on the Inquiry episode of The Thick Of It,” she reflects. “All the characters were under such pressure and were so exposed. Also, it’s often when you are writing lies for characters to tell, that you get closest to telling or seeing their truth.

“One of my favourite episodes of Veep is the one where Selina finally and unexpectedly becomes President. We were trying to work out how Gary – her bag man, who is utterly devoted to her – would react. Would he laugh? Would he cry? Would he scream? Would he cheer? How would he express such extreme emotions?

“It seemed obvious to me because I express extreme emotions by having a nosebleed. When I suggested it, everybody looked a little disturbed, but we decided to give it a try. And Julia Louis Dreyfus and Tony Hale are such geniuses that they made it work. It was an incredible moment. They managed to make it both hilarious and tremendously moving. The rest of us watched. People laughed, people cried. I, of course, had a nosebleed.”

As for Succession, Pritchett cites a couple of episodes.

“The cast of Succession always manage to surprise me with their performances. When I wrote the episode where the family have to hide in a safe room – or two safe rooms! – because of a security alert, I wrote a scene where Tom pelts Greg with water bottles. I hoped the scene might be funny – but I wasn’t prepared for how sad it would be. Matthew Macfadyen played it with such emotion that it was actually really poignant, and hopefully funny too.”

Notably, the tone of Succession is quite unique – it’s satirical but it’s also an hour-long drama. Presumably this presents a different set of challenges for the writers.

“Most of the writers on the first season of Succession were British comedy writers,” says Georgia. “There was some doubt whether we could pull off a drama set in the States. We’re not very good at stage directions, but we are used to rewriting and refining every line and making every single word count – and I think this has contributed to its success. There was a time when comedy writers were the ‘poor relation’ to drama writers – but in comedy, you do everything a drama does plus jokes.”

Given how much politics has changed in the past five years, how does Pritchett think she might approach a satirical sitcom now?

“It wasn’t the worst thing he did, but Trump definitely killed off Veep. Selina Meyer was a terrible, corrupt, dishonest, selfish President, but she had a sense of shame and she was always punished for her crimes. Suddenly, overnight, this seemed very old fashioned and quaint! I remember writing sketches for Spitting Image about John Major eating peas, and I long for a time when politics might be that boring again!” 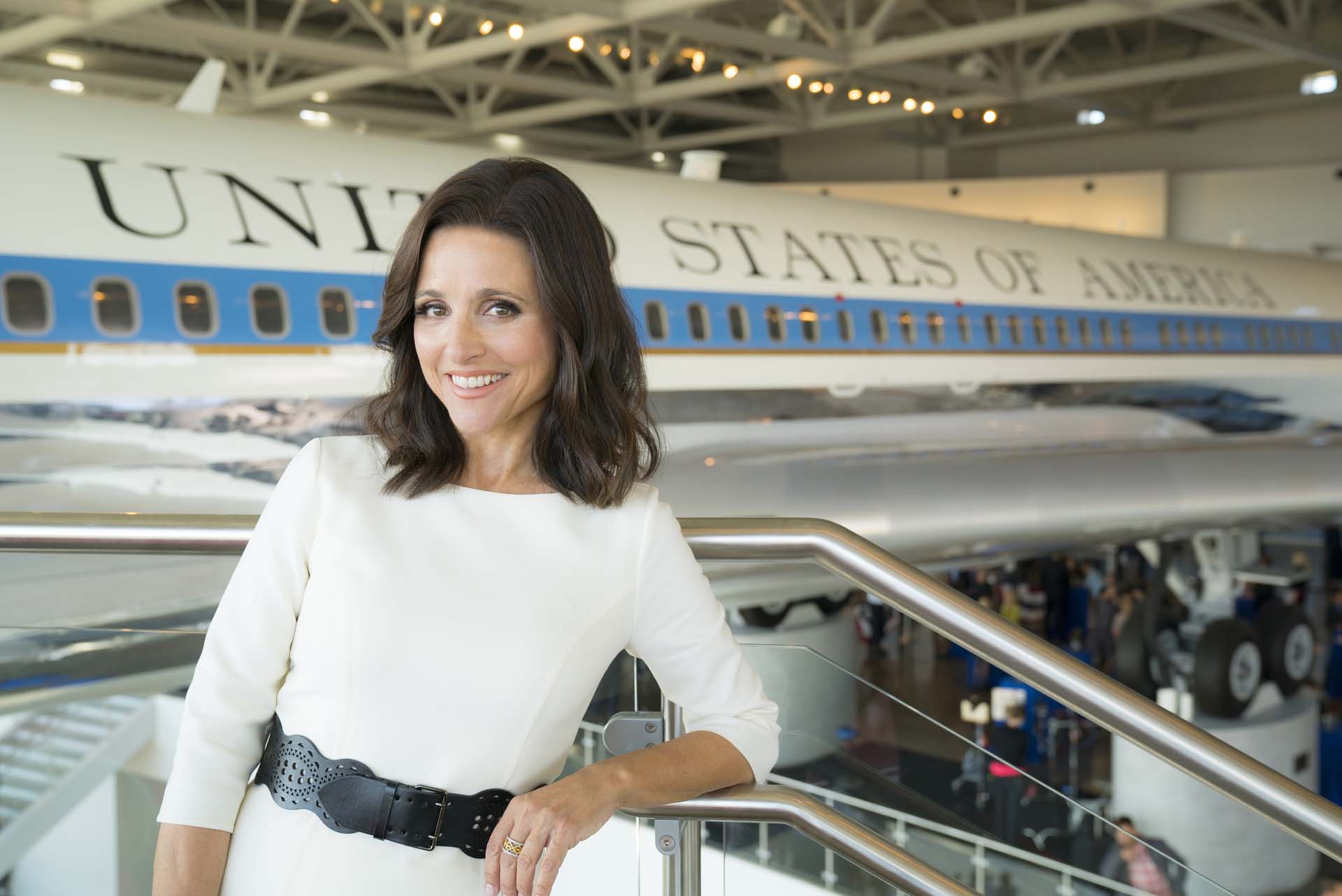 What are some Georgia’s own favourite shows at the moment?

“Gosh, so many things,” she considers. “I love Ramy. I love I May Destroy You, This Way Up, Feelgood, The Great, I Hate Suzie...”.

There’s a great anecdote in the book about Georgia writing a sketch for Joe Biden and Veep star Julia Louis-Dreyfus. How was it seeing Joe become President?

“I flew to America for the Election in 2016 because I wanted to be there when the first ever woman was elected President,” she says. “I still haven’t recovered. For the Election in 2020 I was in the States and didn’t want to be! But I was working and couldn’t leave. It was an incredibly tense week. I didn’t sleep at all. When I saw Giuliani give the press conference at Four Seasons Total Landscaping, I thought it was the most perfect punchline and the previous four years had been almost worth it.

“Driving down Santa Monica Boulevard once Biden had been announced was thrilling. I’ve never witnessed actual dancing in the streets before. And as well as an outpouring of joy, there was a palpable sense of relief, which was rather wonderful.”

Louis-Dreyfus is obviously phenomenal in both Veep and Seinfeld. Would Pritchett say she’s the most talented comedy performer she’s worked with?

“She is phenomenal,” nods Georgia. “I’m so lucky to have worked with so many incredibly talented actors. But there is something special about Julia and her fearlessness and her humanity and her vulnerability. She can do big physical comedy and tiny nuanced moments.  She can play monsters and still make you feel and root for them. She can do it all. Plus she knows more swear words than anyone else. And she can come up with a funnier line off the top of her head than one you’ve spent weeks honing and crafting. It’s actually incredibly annoying.”

Finally, Succession fans are eagerly looking forward to season three, which is scheduled to premiere later this year. It will no doubt offer another brilliantly incisive and wickedly funny look at modern media and the international business elite, with anticipation further heightened by the news that Alexander Skarsgard and Adrien Brody are among the new additions to the cast.

“We are filming at the moment and hopefully it will be back on screens this autumn.” says Georgia. “I think it’s going to be the best season yet! Meanwhile, I have also been adapting a podcast called The Shrink Next Door for television, starring Will Ferrell, Paul Rudd, Kathryn Hahn and Casey Wilson. It’s an astonishing – and true – story played by a dream cast.” 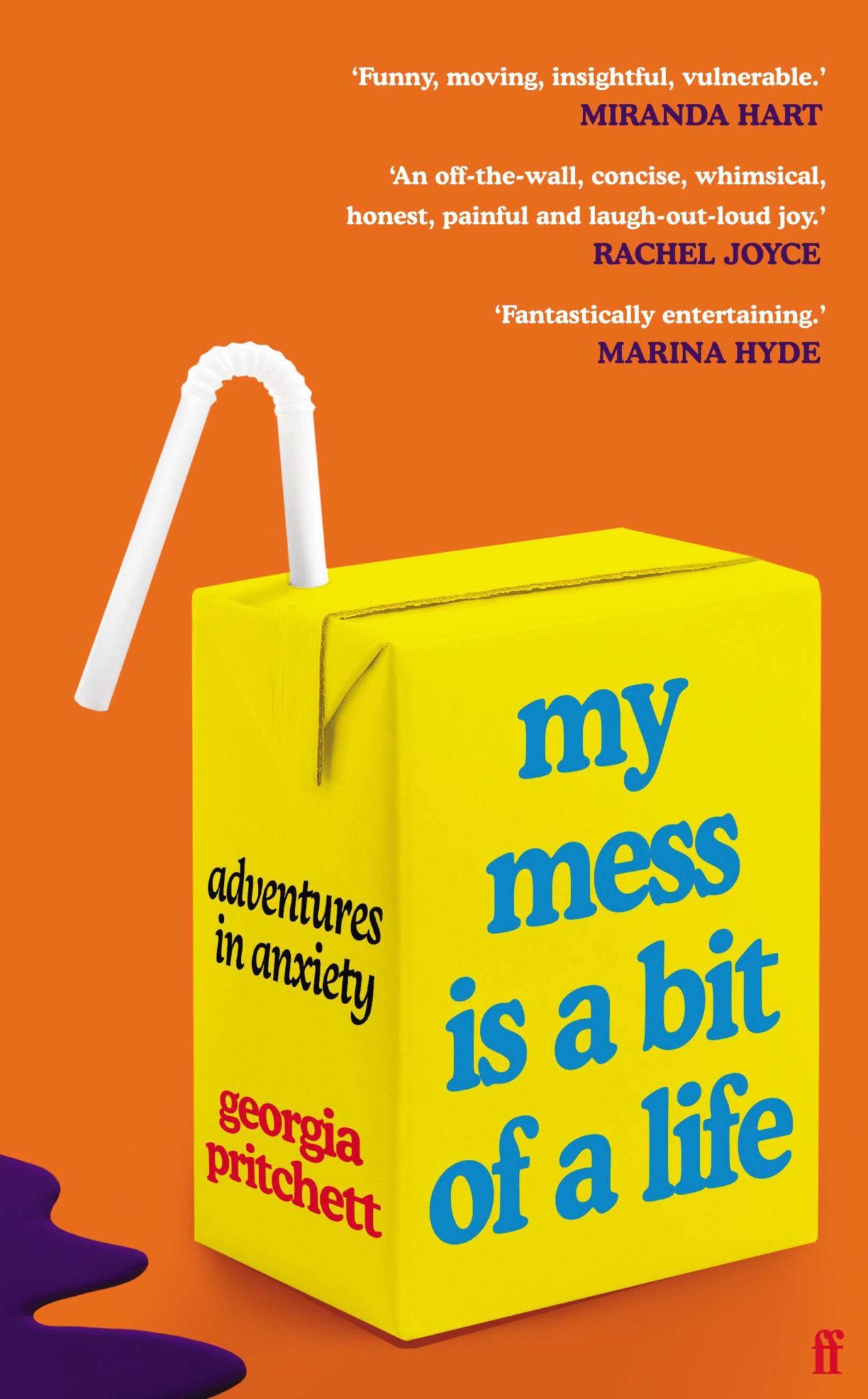 "Irish gangster-turned-actor" Richie Stephens' memoir to be adapted for TV
12 INTERVIEWS OF XMAS: Neil Jordan – On The Ballad of Lord Edward and Citizen Small
Rosie Day: "Girls are masters at being icebergs – you only see what’s on the surface, when there’s a whole other thing going on underneath"
Bruce Springsteen & The E Street Band 1979 concert film to arrive later this year
Jessie Buckley joins star-studded cast of Women Talking, based on Miriam Toews' novel
Jo Spain: “People say, ‘I really want to write a book.’ And I’m like, ‘If you want to write it, you will.’”