Three Ireland's City Stages: "The aim is to support the next generation of Irish musicians"
Korey Power

Busking is a quintessential part of Irish music and culture. What was once a simple concept – show up with your instrument and sing your heart out! – has turned into a competitive pastime, with many emerging artists getting involved.

In order to promote Irish talent and connect artists with new fans across the country, Three have launched a fresh live music initiative, titled City Stages.

“The aim is to support the next generation of Irish musicians,” explains Tanya Townsend, who manages sponsorship and brand activation at Three Ireland. “We want to open doors and help musicians progress their career, and hopefully get them onto the biggest stages in Ireland – 3Olympia and 3Arena.”

City Stages plans performances in towns and cities across Ireland, with up to six of Ireland’s top buskers getting to perform on each stage. They will play a mix of up to five originals and covers, though original music is absolutely not a prerequisite to getting involved. 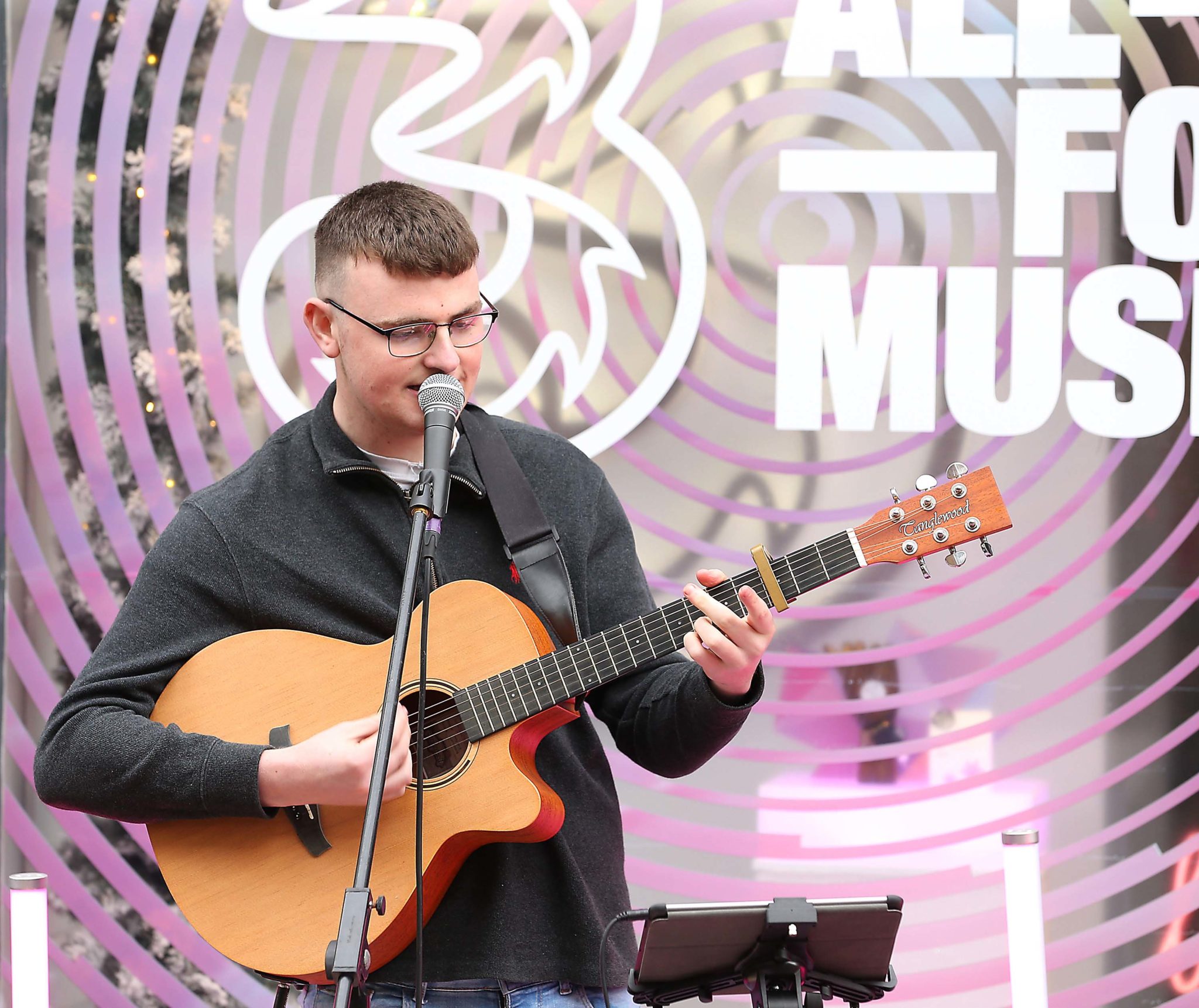 “If you’re not chosen to be on stage, that’s okay, too,” Townsend stresses. “We are also running a mentorship programme. Everyone who enters will get access to masterclasses with leading professionals in the Irish industry like songwriters, as well as information on how to get your tracks onto Spotify, the legal framework, and much more.”

What’s key here is that the project aims to work with musicians at every level – not just the traditional singer-songwriter, guitar-playing busker that may come to mind.

“Some people will not want to do that, but they’re amazing songwriters or producers, or they want to work in A&R or in music journalism,” Townsend explains. 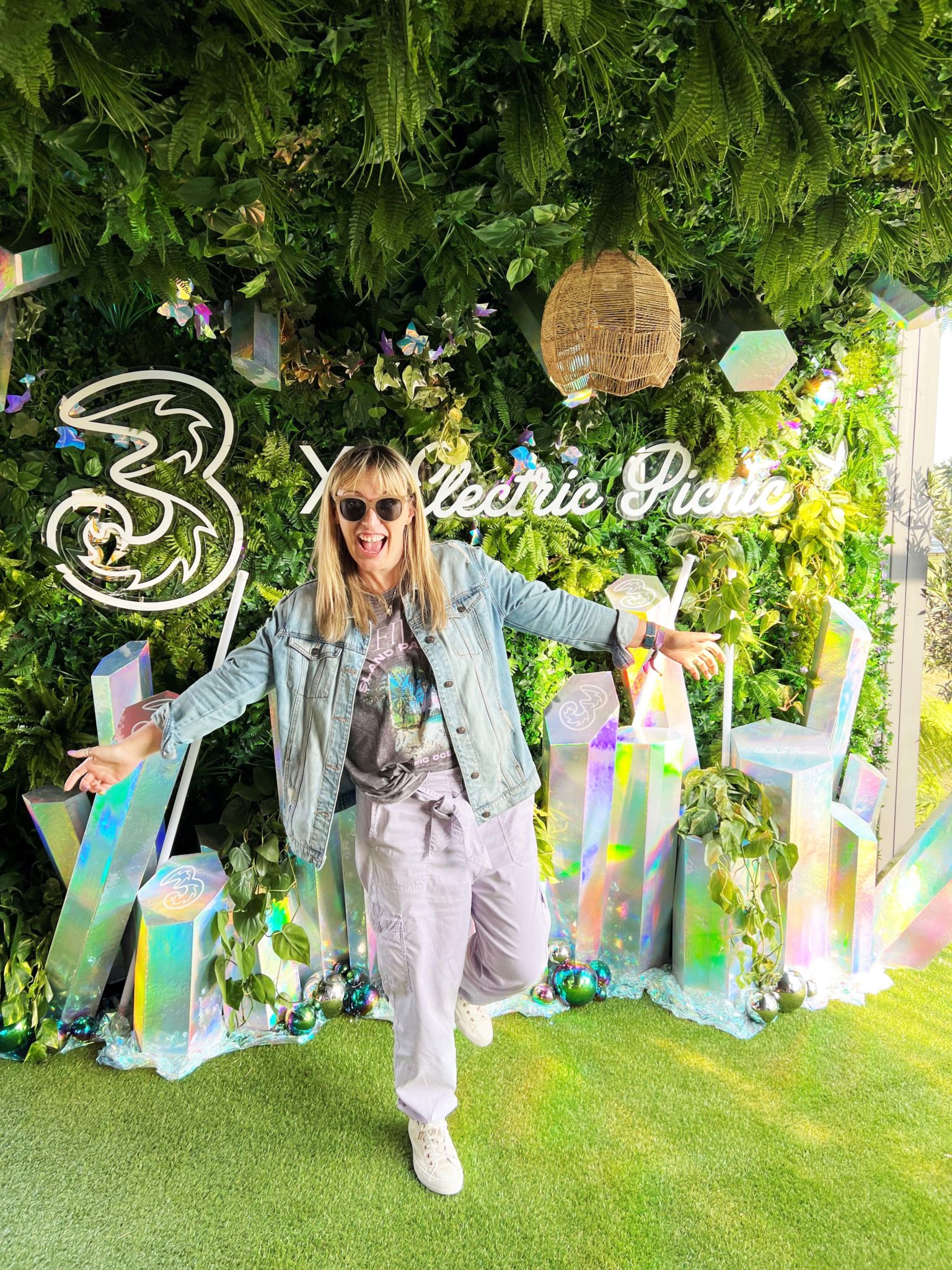 Classes will be delivered both in person and online, which is determined by the number of people who sign up. The reception so far has been very positive, with the official launch taking place at Three’s Cruises Street store in Limerick on Saturday November 26th. This opening show left onlookers excited for what’s to come, featuring performances from buskers Korey Power, Robert Dawson, Datqidexcel and Mel Maryns – as well as a special guest appearance by Dublin pop outfit Wild Youth.

According to Townsend, Limerick’s musical history made it the perfect location to introduce the City Stages initiative.

“The busking community in Limerick is amazing,” she enthuses. “There’s a huge amount of talent that comes out of Limerick in general.”

On top of that, Three helped pioneering Limerick collective Narolane – who are now music ambassadors for City Stages – to launch their debut EP Walk earlier this year.

Founded by Irish rap stars Denise Chaila, God Knows and MuRli in 2019, Narolane strives to push the boundaries of creativity beyond its usual limits. The three-piece performed on the inaugural ‘3 All For Music’ stage at this year’s Electric Picnic festival to great acclaim. 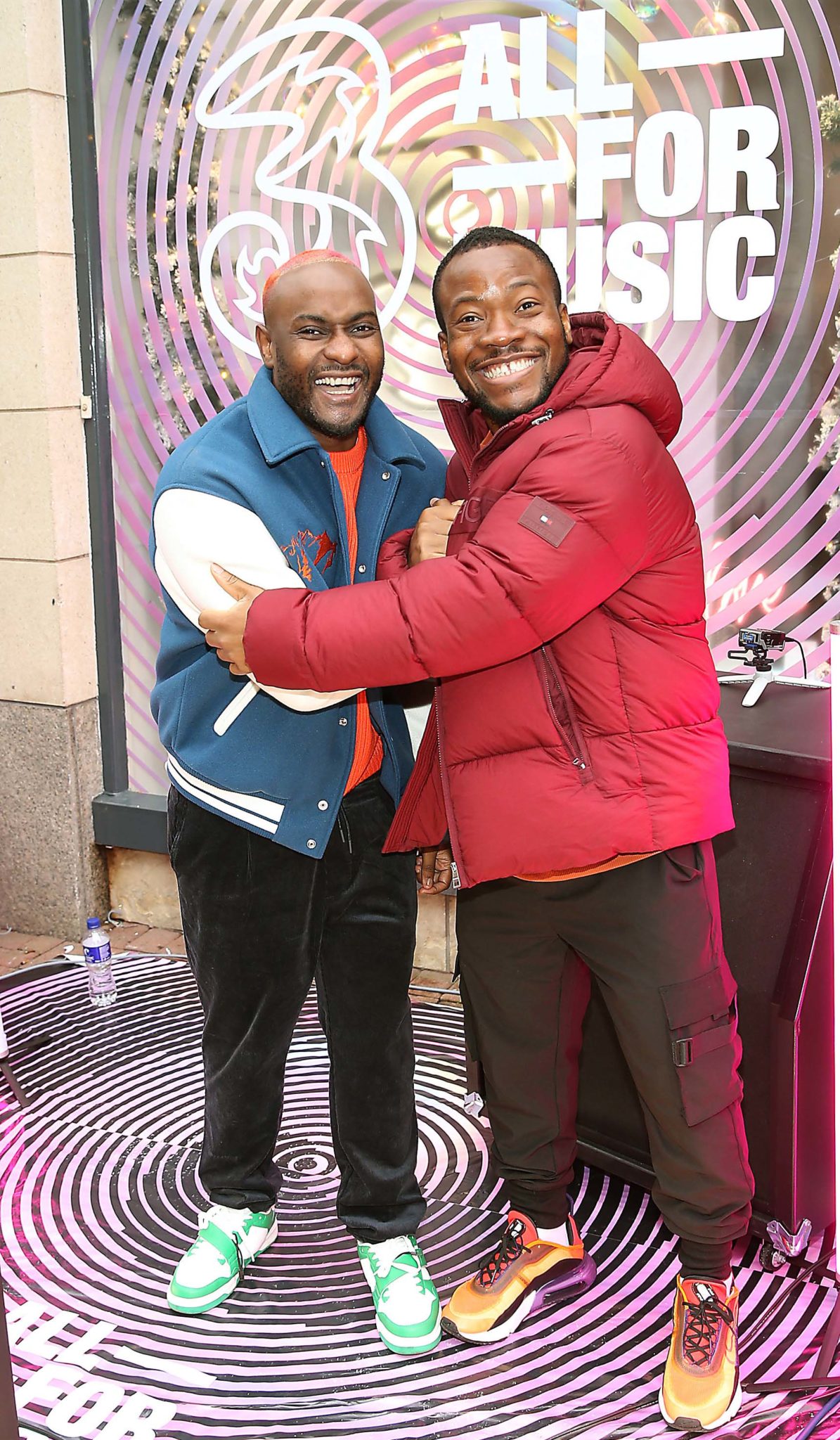 God Knows and MuRli of Narolane

“Then we took it a step further and decided to actually produce the vinyl for them as well, which we now sell in 3 stores nationwide,” Townsend continues, with a grin.

Award-winning rapper and MC God Knows also voices his excitement about how the campaign may help shine a light on local artists and progress their careers.

“It is great to see this innovative idea launch in Limerick city,” he says. “Limerick has such a wealth of talent doing amazing things and we are excited to see what this campaign could do for their careers and provide guidance as they progress to the next level.”

With assets from their arenas to their festivals, Three plans to support even more artists in the future – particularly since Irish music is still suffering the repercussions of the pandemic.

“The industry has been on its knees, and we’re only getting back up and running with our venues,” Townsend explains. “We have to support Irish music at a grassroots level. We know how difficult it is to get that first step on the ladder, so we want to be there and support young talent.

“We wanted to make this as fair as possible,” she continues. “Anybody can apply for each stage – we’ll announce them as we go, with stages each month until Electric Picnic in September.”

Industry experts from Hot Press, Sony Music and AIM Ireland will come on board to aid in the process of choosing the performers. 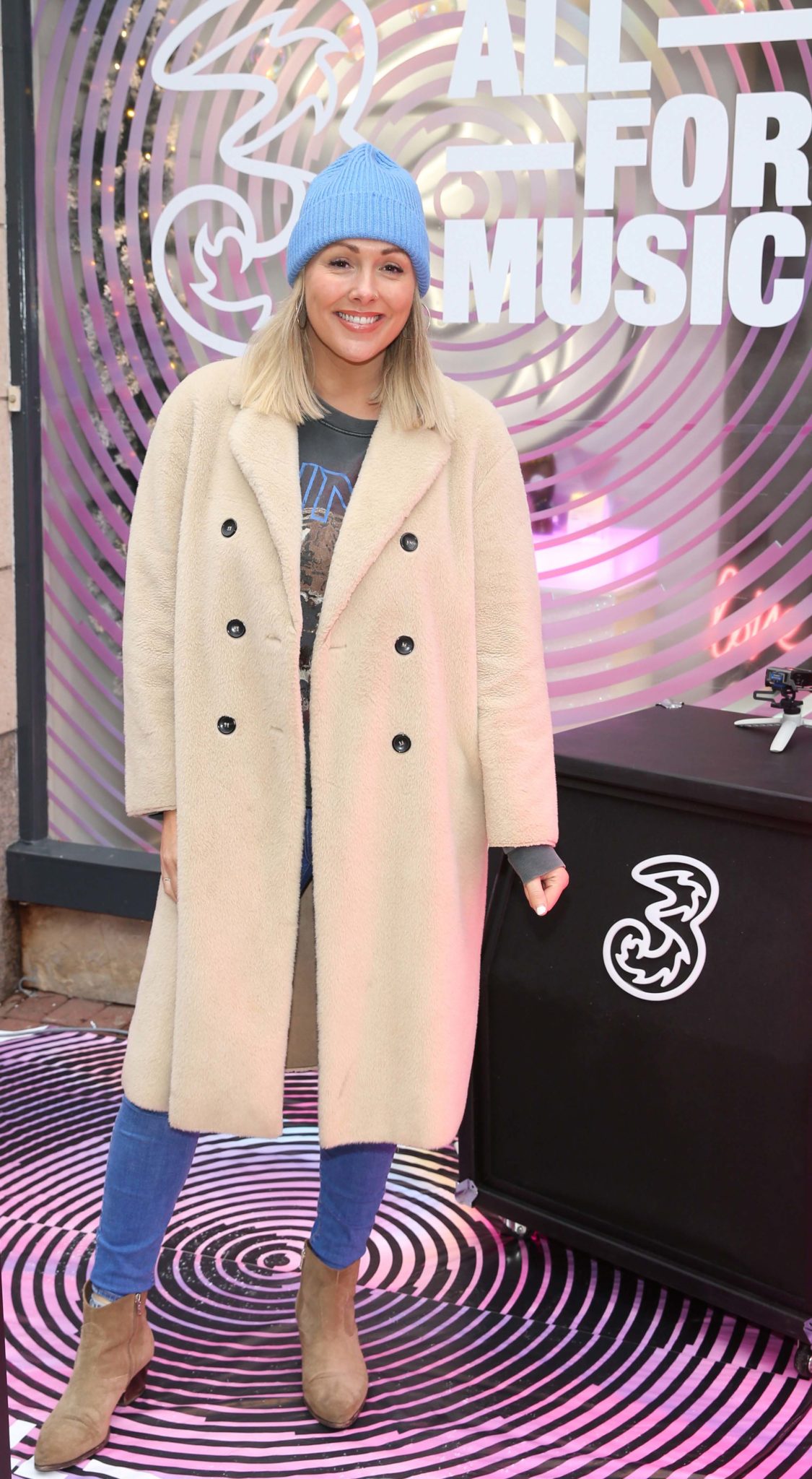 “She loved the concept and she’s a massive supporter of up-and-coming Irish music. We were really delighted that she wanted to come on board,” notes Townsend.

Clifford enthuses in an official statement that, “Ireland is experiencing an exciting time with music, and initiatives like this can only help to bring new amazing talent to the fore.

“I’m delighted to be on board to help discover these new acts and look forward to seeing those artists soon on bigger stages,” she adds.

Huge Irish names like Dermot Kennedy, Damien Rice and Glen Hansard have started their music career as buskers. Later, Hansard famously teamed up with Bono to create The Busk – an annual Christmas performance on Dublin’s Grafton Street in aid of Dublin Simon Community and their frontline work to fight homelessness.

“It’s just in Irish people,” Townsend reflects. “People love to gather around and sing a song. And then especially coming up to Christmas, they get out in the streets and perform.”

The unexpected moments of joy that music creates are what makes busking so special.

“It’s about getting back out there with the real people and doing a performance that’s not staged but very raw,” Tanya adds. “It’s even becoming more popular with big headline acts again, if you look at Lewis Capaldi and Niall Horan who played on Grafton Street a few weeks ago.”

The duo caused a frenzy on social media, when they performed a surprise gig on the popular shopping street as part of their Virgin Media documentary. According to Townsend, social media will never replace the authenticity of a live performance. It can, however, complement it in the best way possible and show busking talent to fans and A&R people alike.

Therefore, after looking into a variety of different avenues, Three decided to create City Stages and to support Ireland’s buskers – in the hope that music may soon be their full-time job. 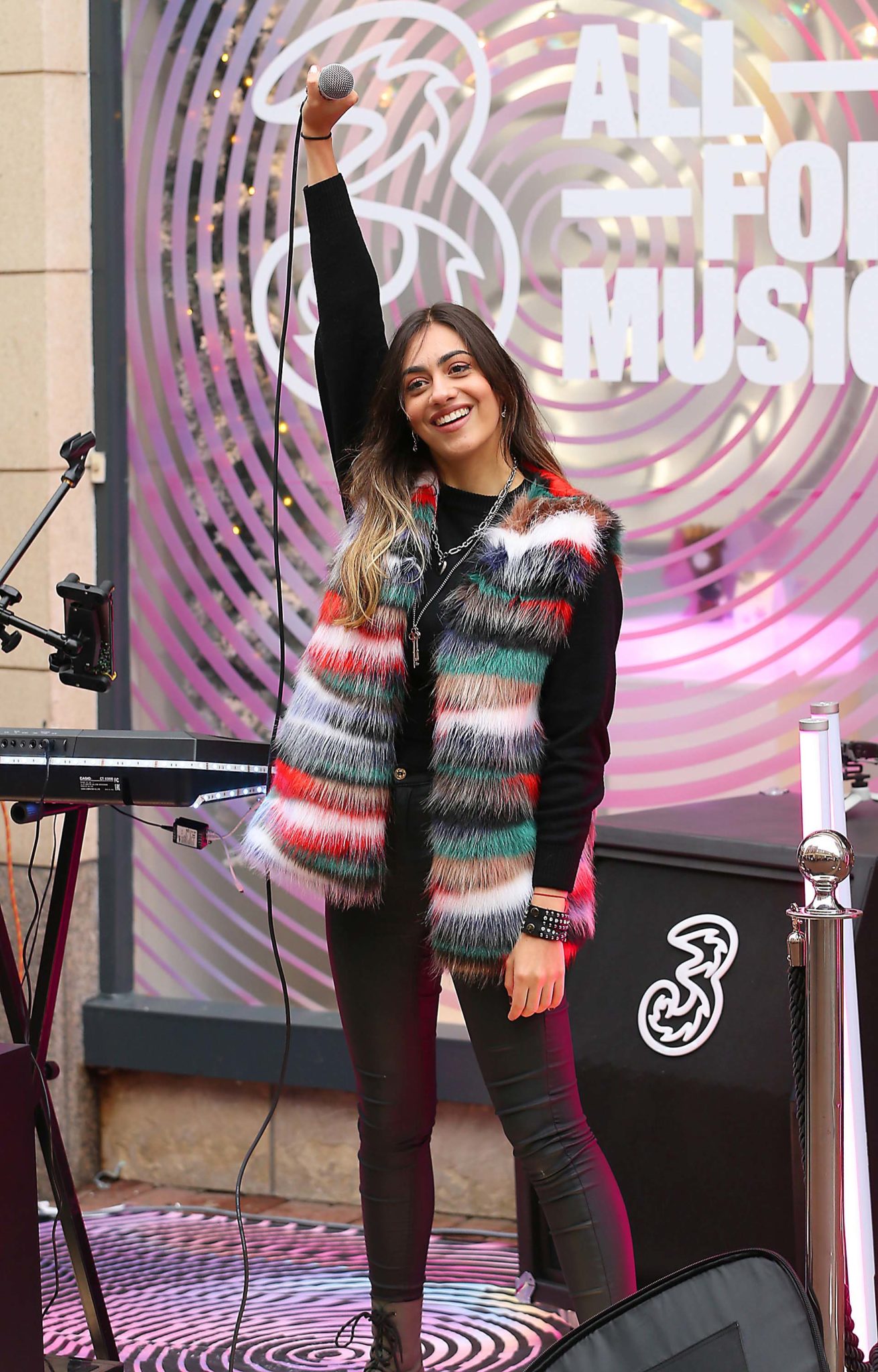 “It’s much harder to get signed these days, and there’s a lot of pressure to create your own songs and to be at a certain level before even being considered,” says Townsend.

She hopes that Three’s flagship project will help emerging artists overcome the barriers they currently face on their path to success in the Irish music industry.

“It’s not just about a one-off performance. We are passionate about supporting musicians along the way,” she emphasises once more. “With City Stages everybody has an opportunity to open new doors and progress their careers and gain access to music industry experts no matter your level or expereance.” 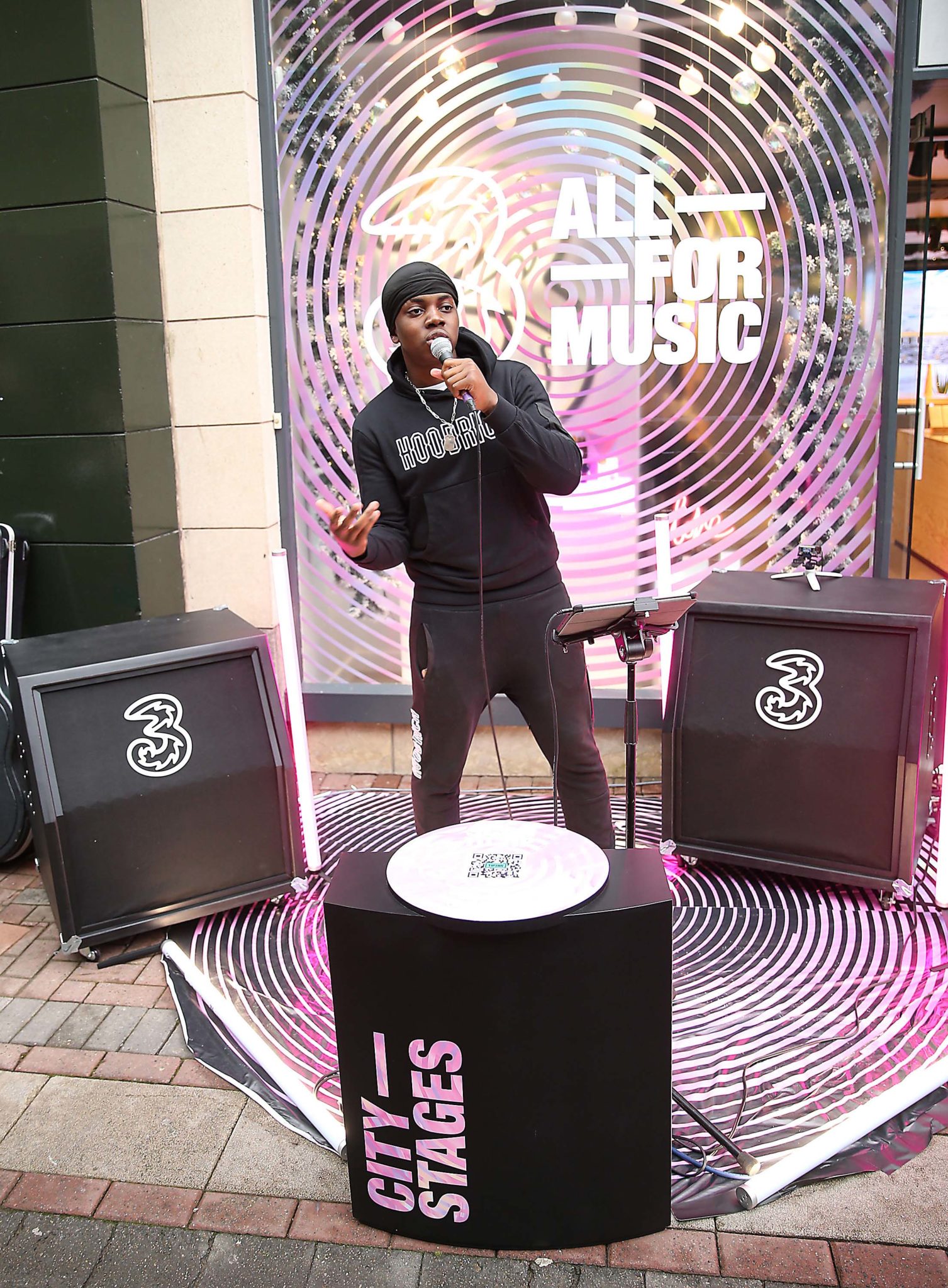