...on location... is a unique collaboration between Power, a host of musicians, and a physical environment. This unique five-track release takes place anywhere from the Arctic to the Australian Outback.

On Wednesday, June 29, SIRIUS premiered ...on location... which is comprised of five compositions from the human nature series, newly recorded as videos.

The collection, produced by Karen Power and SIRIUS, was a collaborative, international effort. ...on location... features musicians John Godfrey, Simone Keller, Lore Lixenberg, Jane Rigler, and Samuel Stoll performing in a location that Power and each one of them collaboratively determined.

Karen Power is an Irish, Cork–based composer. Power employs two main sources to create her musical compositions: acoustic instruments and sounds informed by geographical factors. The tracks produced as a result blurs the typical distinctions between music and all other sonic experience.

Discussing Power's original project, human nature, a press release noted: "Since 2012 Power has been incorporating field recordings into her practice, acting as a listener to her surroundings, whether they be landscapes, animals, people, or built environments. Power captures audio “materials” with microphones, and it is their selection and placement that determines the field recording.

"Power considers field recordings “the first stage of a composition.” Power has made field recordings across the globe, including in some of Earth’s most isolated and challenging locations: the Arctic, the Antarctica, the Amazon rainforest, the Namib Desert, and the Australian Outback.

"In spring 2020, during the first COVID-19-related lockdown in Ireland, Power selected eighteen extracts from her archive of field recordings and invited eighteen musicians from diverse musical backgrounds, based in various countries, to “perform” them from home, in private, using whatever technology they had available.

"The eighteen new compositions/performances were tied together through the singular concept of pairing the human with nature, generating a dialogue between a musician (and their instrument) and a field recording. In the autumn of 2020, Power self-released these pieces as the album human nature." 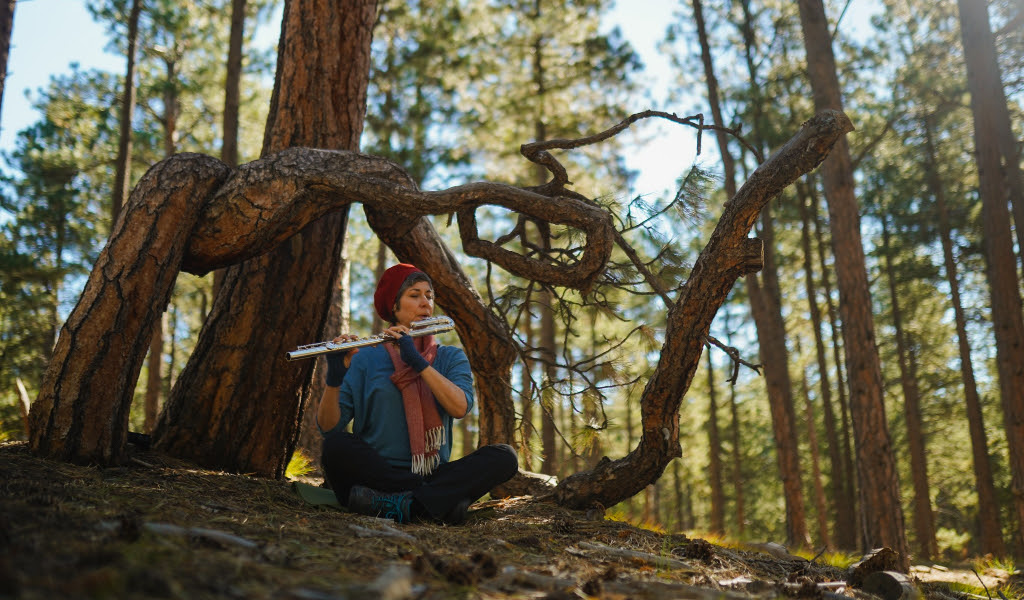 Speaking about her process, Power said: "I tend to seek out what I call ‘inhuman places,’ so it’s not that humans aren’t there, it’s just that these are places where I feel that I’m actually hearing the place. Places where I can basically eavesdrop."

...on location... features a snippet of human nature in a new visual format. The musicians performed them in unique locations selected to further expand on the field recordings that they take influence from in their performance. This collection also features a new track 'sea stories', which was specially produced for the ...on location... series. The new track follows the same pattern as the others - bringing a field recording and a musician together. However, in this case instead of a pre-recorded field recording, Power recorded at the site with the musician.

The ...on location... premiere by SIRIUS was held through a Zoom event, featuring a pre-recorded performance of each of Power's compositions. The event also included a conversation between Power and the musicians/performers moderated by Miguel Amado, the director of SIRIUS.

The composer and sound recordist partook in the SIRIUS podcast discussing recording under the ice in Antarctica, the humbling experience of recording in environments that contain dangers for humans, and how she works with musicians and these field recordings to produce a "duet between a human and nature."

Listen to the podcast here.