Tickets are now on sale via wildroots.ie starting from €60 for day admission.

Set to also make an appearance for the festival’s attendees are multi-instrumentalist Tadhg, folkster group The Eskies, Belfast singer Amy Montgomery, Bicourious, Erin and The Lens, Gaolbyrd, Reevah and The Barley Mob.

The festival’s night-time acts will see a change of pace as Mauro Picotto and Daft Punk Tribute will take to the District 22 stage, the weekend’s post-apocalyptic dance arena.

“Preparations are underway to welcome visitors back to Sligo for the second edition of Wild Roots," Orla Buckley, festival co-founder, said of the festival's announcement. "Leave your troubles behind and escape for a weekend to our sprawling festival metropolis heaving with immersive art installations, aerial performances, and theatrical spectacles.”

"Sample the local culinary delights, enjoy some music, or simply fritter away the afternoon with a boat tour of the lake. There is something for everyone at Wild Roots and everyone is invited,” Orla added.

Three-day camping tickets to the event begin at €185 with day tickets available from €60.

Tickets are now on sale and can be found at wildroots.ie. 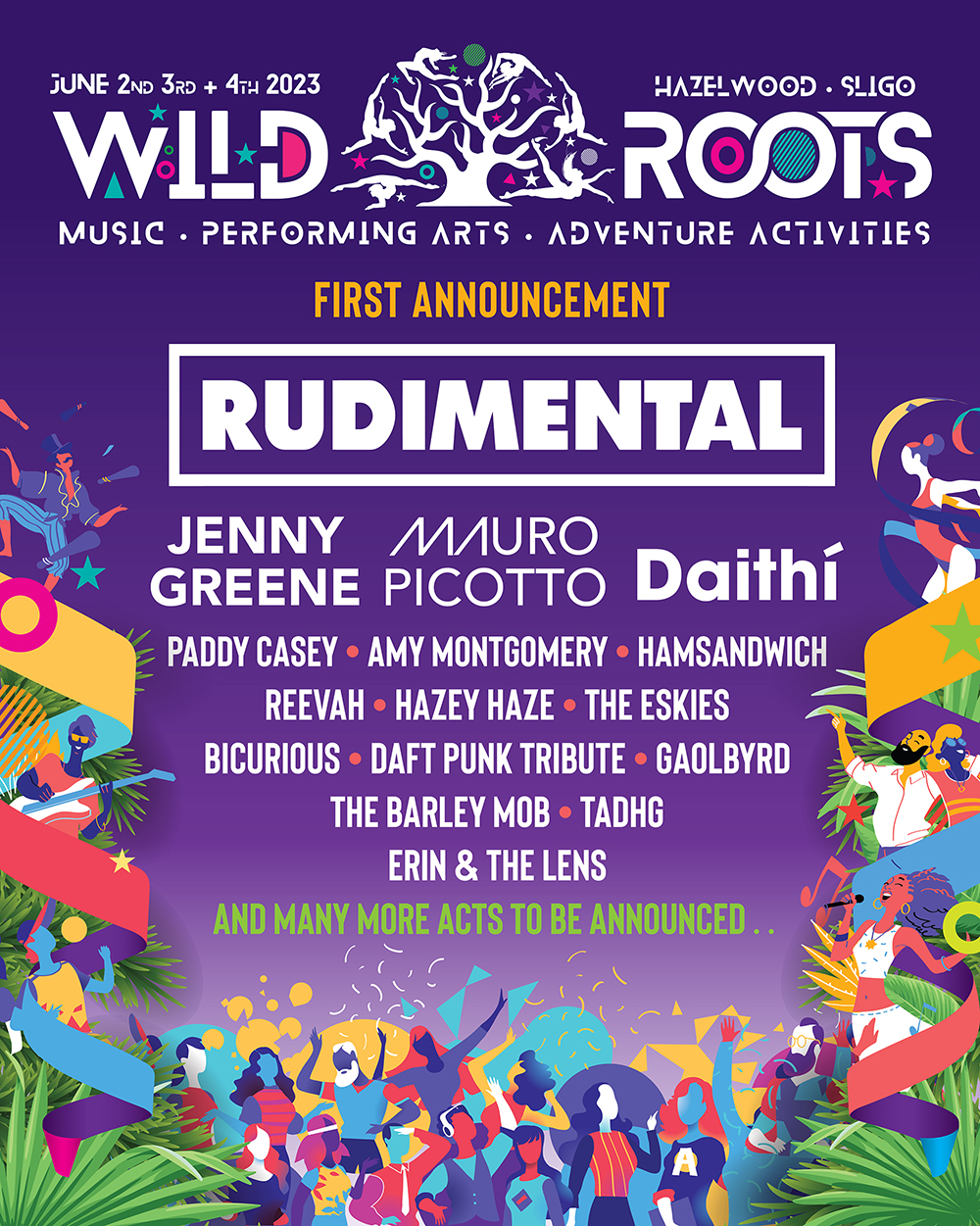