Megan Nolan: "I would really like for more people to think about that grey area, that’s not assault by the terms of legality, but is like coercion – and is not okay, even if it’s not illegal"
Lucy O'Toole

With vivid depictions of obsessive love, binge-drinking, the associated hangxiety the next morning, and the casual realities of Dublin’s deeply entrenched class system, Acts Of Desperation offers one of the most startlingly authentic and nuanced accounts of what it means to be a twenty-something woman living in the city – and that’s all within the first 15 pages alone.

If it sounds intense, that’s because it is. But it’s also one of the most engaging and profoundly human books you’ll read this year – chronicling a young woman’s jagged journey of self-discovery, across the lifespan of a particularly toxic relationship.

Acts Of Desperation, which was acquired by UK publisher Jonathan Cape in a two-book deal in 2019, has established Megan Nolan as one of Ireland’s most promising literary talents – perhaps even setting her on course to follow her playwright father, Jim Nolan, to the ranks of Aosdána.

Having a creative outlet was not only encouraged by her father’s example, but was a “really normal” part of growing up in the wider context of Waterford, she tells me.

“People whose job and main lifestyle have nothing to do with the arts still have a really passionate relationship towards the arts in Waterford,” she says. “It was such a good place to grow up for that reason. All of my close friends and I – when we were 14, 15, 16 – all had creative projects going on. We were in bands, or making zines together. Live music in Waterford is so good as well.”

Speaking of live music – Nolan had an early encounter with the spotlight when she was still in secondary school, as a member of experimental electronic group You’re Only Massive.

“It was so much fun being in that band, but I was never really the musical type,” she reveals, laughing. “It was when I was DJing, so mainly I would be doing that, and singing. Maebh, the other girl in the band, was the one writing the music. To be honest, I’m not that musically-gifted – but I do still see it as a big part of my life.”

And her current favourites on the Irish scene?

“In 2019, I came back home for Christmas, and I ended up going to see Tandem Felix’s album launch,” she recalls. “I had such a nice time, and I still listen to their album regularly. That was also around the time that I met Maija Sofia too. They’re two favourites of mine – I think they’re brilliant.”

From Waterford, Nolan moved up to Dublin to study French and Film Studies at Trinity College, before ultimately dropping out of the course. Recently, an op-ed in The University Times dubbed fellow successful Irish authors and Trinity alumnae Sally Rooney, Naoise Dolan and Niamh Campbell founders of the ‘Trinity School’ – à la the New York School of the ‘50s and ‘60s.

It’s a grouping that Nolan wouldn’t necessarily place herself in...

“I literally barely went to Trinity except to stand outside the Arts Block smoking!” she laughs. “I don’t think they could take any credit for me, basically. I mean, in a way it was obviously quite a formative time – despite the fact that I didn’t have that much of a relationship to the actual institution. I got to know people who I ended up having creative relationships with, or who were making really interesting stuff themselves that I got to spend time with. That was definitely important when I first got to Dublin.”

“It didn’t really cross my mind that I could be doing the interesting stuff,” she reflects. “It’s very easy to get swept up in concentrating your energies on things like romantic relationships, and prioritising that above your own interests.”

Nolan ultimately found success away from Ireland – relocating to London, where she is still currently based, in her mid-twenties. Although this is her debut novel, at 30-years-old she’s already established a name for herself through her fortnightly column for the New Statesmen, and bylines in The New York Times, The Guardian and The Sunday Times.

While both her column-writing and novel-writing are often deeply personal in nature, she finds that the latter can be “a bit more draining… and more emotional.”

“It definitely took a big emotional toll on me, when writing certain parts of it,” she reveals. “I had to get in quite an intense headspace to be able to write like that. And then there’s a comedown from that. But I tended to do it in short-ish bursts of maybe a couple of days at a time, and then step away from it again – so it wasn’t like I was doing that constantly for a couple of years.”

There’s certainly a lot of raw emotion – and a lot of Nolan – in Acts of Desperation. Was she afraid, when starting out, to expose so much of herself, and her own vulnerabilities in her work?

“If I had been worried about that before I started writing, then I’d never really get anything done,” she points out. “Obviously, these things do crop up, and might worry you once it is out there – and it is potentially uncomfortable – but I don’t think you can really let yourself worry about that stuff, and how it will be received, before you actually have written it. You don’t want to hamper yourself in advance.”

Indeed, the honesty at the heart of Acts of Desperation is its most remarkable feature – and allows Nolan to open up a crucial conversation about consent and coercion.

“After I finished it, I definitely hoped that it’s not just going to be perceived as a book that only women want to read,” she says. “I’ve seen some men, in a nice way, being like, ‘Oh, I’m looking forward to reading this book – even though I’m not the target audience!’ But I don’t think you have to be a woman in your twenties to read a book that’s about that. I would really like for more people to think about that grey area, that’s not assault by the terms of legality, but is like coercion – and is not okay, even if it’s not illegal.

“I definitely had an aim, to have the reader asking questions of themselves that they may not otherwise be doing,” she continues. “Not necessarily to unsettle people and to make them feel bad – but definitely to question the ways that people behave without really thinking about it.”

While the book was written before our current reality, the pandemic has undoubtedly stirred up and laid the groundwork for further issues that will be explored in fiction for years to come. A big one Nolan has noted is the heightened sense of moral superiority and puritanism lockdown has brought out – particularly in regards to people’s sex lives.

“The whole Covid thing has encouraged people to be more judgmental of each other – even about things that are legal, like going for a walk with your friends,” she says. “People don’t have any sympathy for people who live alone, or who are single, and can’t date or sleep with other people anymore. And it’s such a long time – it’s not like, ‘Oh, I can’t have sex for a couple of weeks!’ It’s like, ‘I can’t start a relationship for a year-and-a-half when I’m in my thirties’ – which is actually a pretty big deal for some people.

“Obviously things will get better, but it’s not going anywhere tomorrow.”

• Acts of Desperation is out now. 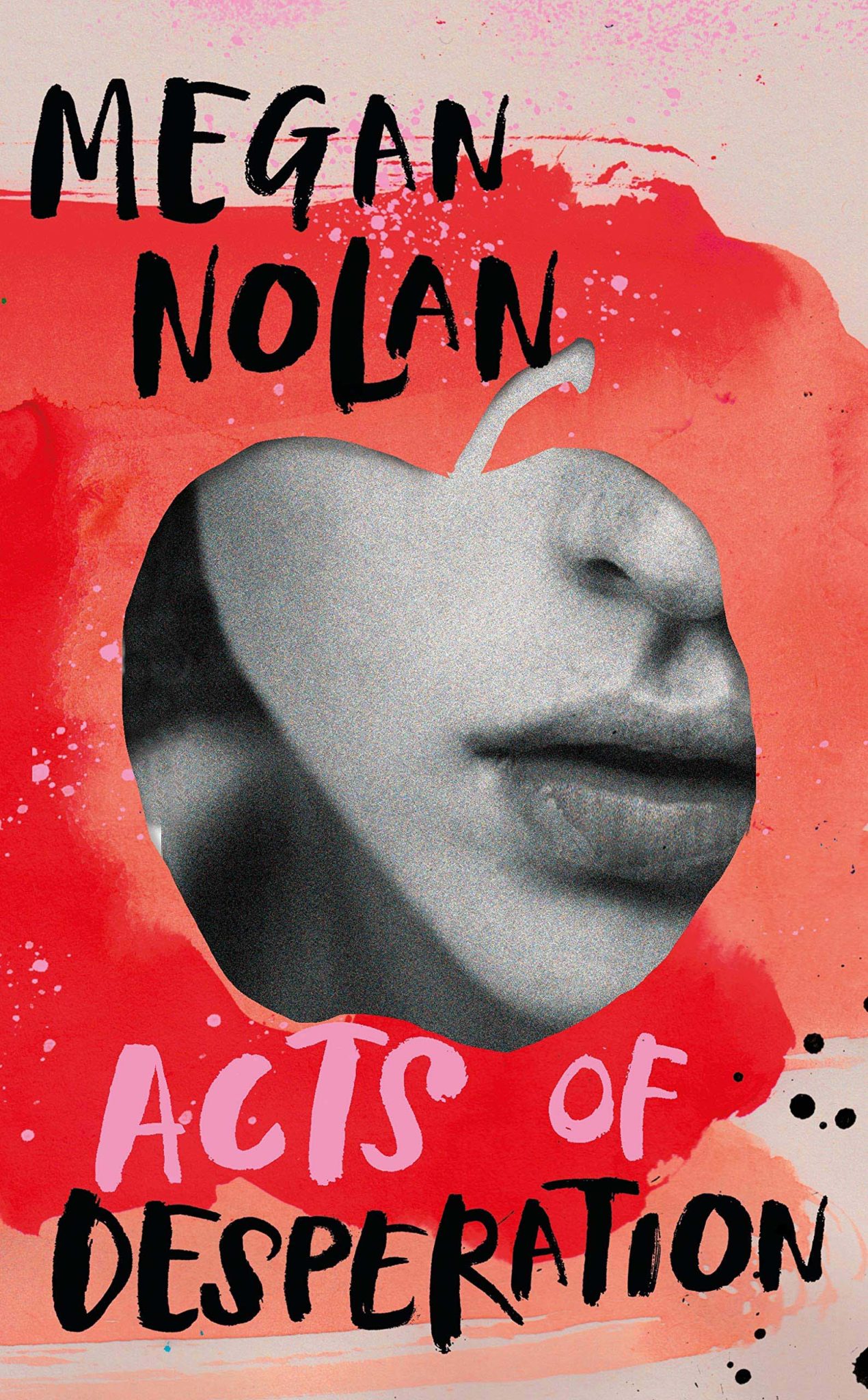 Music Industry In Ireland – Mark Graham: "Without music, there is no music industry. Without people who create music, the industry has no raw materials"
Music Industry In Ireland – Mary Coughlan: "Some musicians I know were living on €35 a week after rent and bills were paid"
Royal Blood's Typhoons debuts at No.1 on the Official Irish Albums Chart

Wild Youth: "We’re always trying to push the boundaries a little bit, and not put a ceiling over our creativity"
Music Industry In Ireland – Derek Turner: "I hope that when venues are reopened, audiences will wake up to the immense talent we have on these shores"
Live Report: Meghan Ali on the Hot Press Lockdown Sessions’ Y&E Series
Pre-Order: Bob Dylan Special Issue of Hot Press – Featuring St Vincent Flip-Cover
Lorraine Nash and Cat Dowling to perform on Triskel's Behind Closed Doors series
Coldplay launch new single 'Higher Power' from space with help of French astronaut
We use cookies to ensure you get the best experience on our web site - by using this web site you consent to our use of cookies. Read more »