Longitude is making its highly-anticipated return to Marlay Park this summer from Friday July 2nd to Sunday July 4th 2021.

Longitude have announced that in 2021, Kendrick Lamar will headline the Friday night of the fabled Irish hip-hop festival. Despite a relatively quiet last couple of years, Lamar is indisputably the most acclaimed artist of his generation, Kendrick Lamar has achieved critical and commercial success while earning the respect and support of those who inspired him.

On Saturday July 3rd, Tyler, The Creator will lead the line-up. The rapper and producer surfaced as a founding member of Odd Future, an outlandish alternative rap crew that gradually permeated the mainstream as it began a multitude of related projects. His most recent album, Igor, has been met with universal critical acclaim. 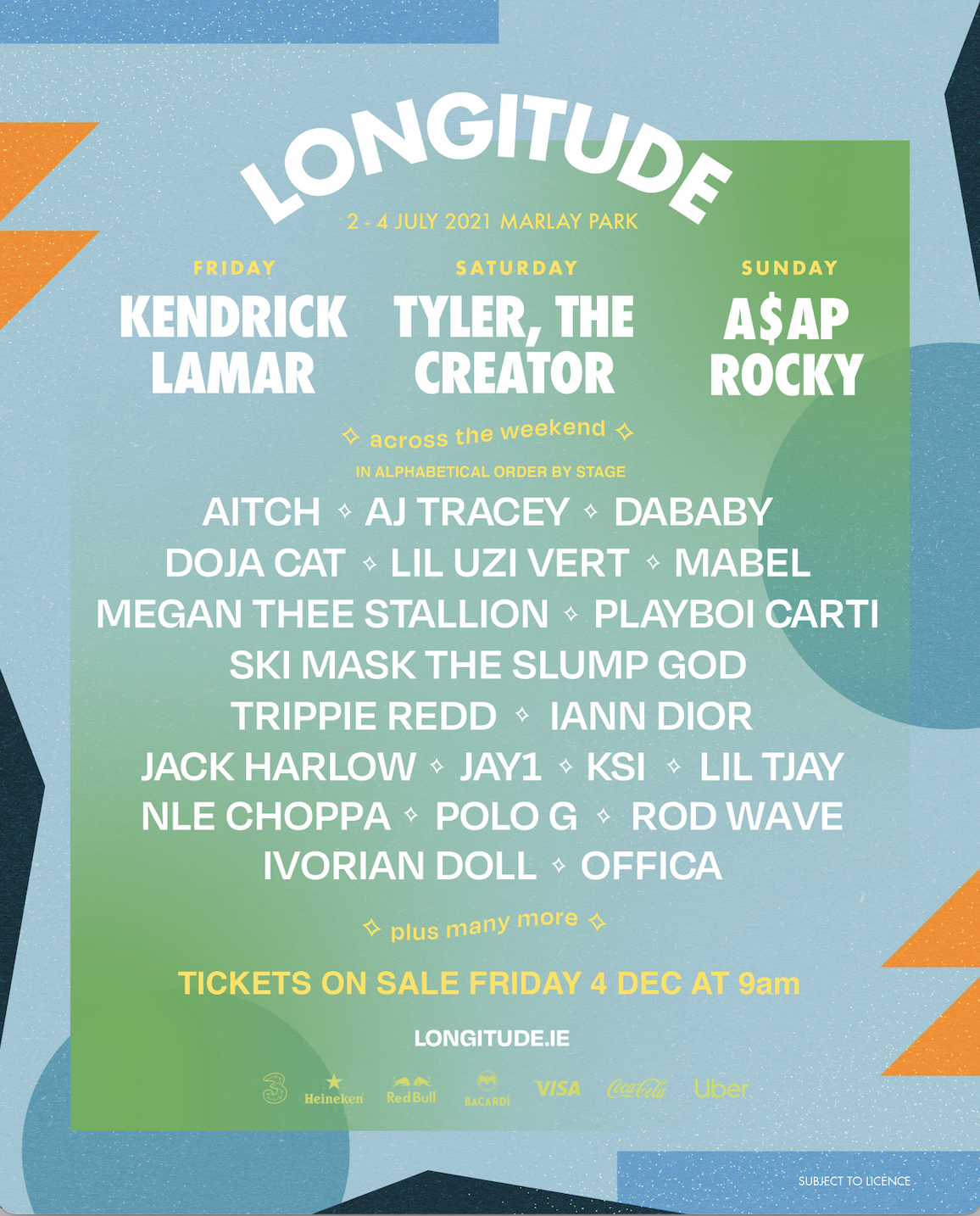 On Sunday night, A$AP Rocky will close the festival. His debut album, Long.Live.A$AP, landed in 2013 and featured the single "Goldie." The album A.L.L.A. (At Long Last A$AP) followed in 2015 and debuted at number one. His third solo album, Testing, arrived in May 2018, opening at #4 on the Billboard 200.

Many more artists will be announced in the coming months.

Tickets are available via www.ticketmaster.ie from Friday, December 4th at 9am.

'We are so sorry': Longitude 2021 has been cancelled, organisers confirm
Martin Scorsese reveals he's a Derry Girls fan: "Those nuns!"
Add California sun to your Christmas with Apothic Wines
Music Book of the Month: Brian Johnson, The Lives of Brian
Alliance Française Dublin to host La Belle et la Bête film screening
One Two One Two to perform live at Project Arts Centre for one night only