Kurt Vile: "Neil Young is a huge hero. I once opened for him in Quebec in front of around 80,000 people - it was wild"
Ed Power

As he releases his major label debut, shaggy indie troubadour Kurt Vile talks about lockdown blues, seeing his home town celebrated and caricatured on Mare Of Easttown and reveals what he’s learned from Neil Young and Bruce Springsteen.

Kurt Vile hadn’t planned on watching Mare Of Easttown, the 2021 HBO thriller starring Kate Winslet as an emotionally-scarred small town detective putting her life back together brick by shattered brick following the suicide of her son. He has two children – they’re on the cover of his charming new album, watch my moves – and found the subject matter simply too grisly (the plot also features a murdered teenager). But he was fascinated to hear Winslet attempting the distinctive accent of his native Delaware County, on the outskirts of Philadelphia. In a series full of death, would she murder the “Delco” way of speaking?

“I don’t like to watch shows where there’s a missing kid,” says Vile (42), from his studio in Philadelphia, long tangles of hair spooling towards the Zoom camera. “I only watched it for a second. Yeah… I didn’t think she [Winslet] got it [the Delco accent].”

Vile – and that really is his name rather than a punning play on German composer Kurt Weill – feels that he lost his Delco accent when he moved away in his 20s, first to Boston, where he drove a forklift, and then to downtown Philadelphia, where he became a fixture on the indie scene and helped start The War On Drugs with his friend Adam Granduciel. However, during lockdown, alone with his wife and kids, he was surprised to discover he’d reverted to “full Delco”. 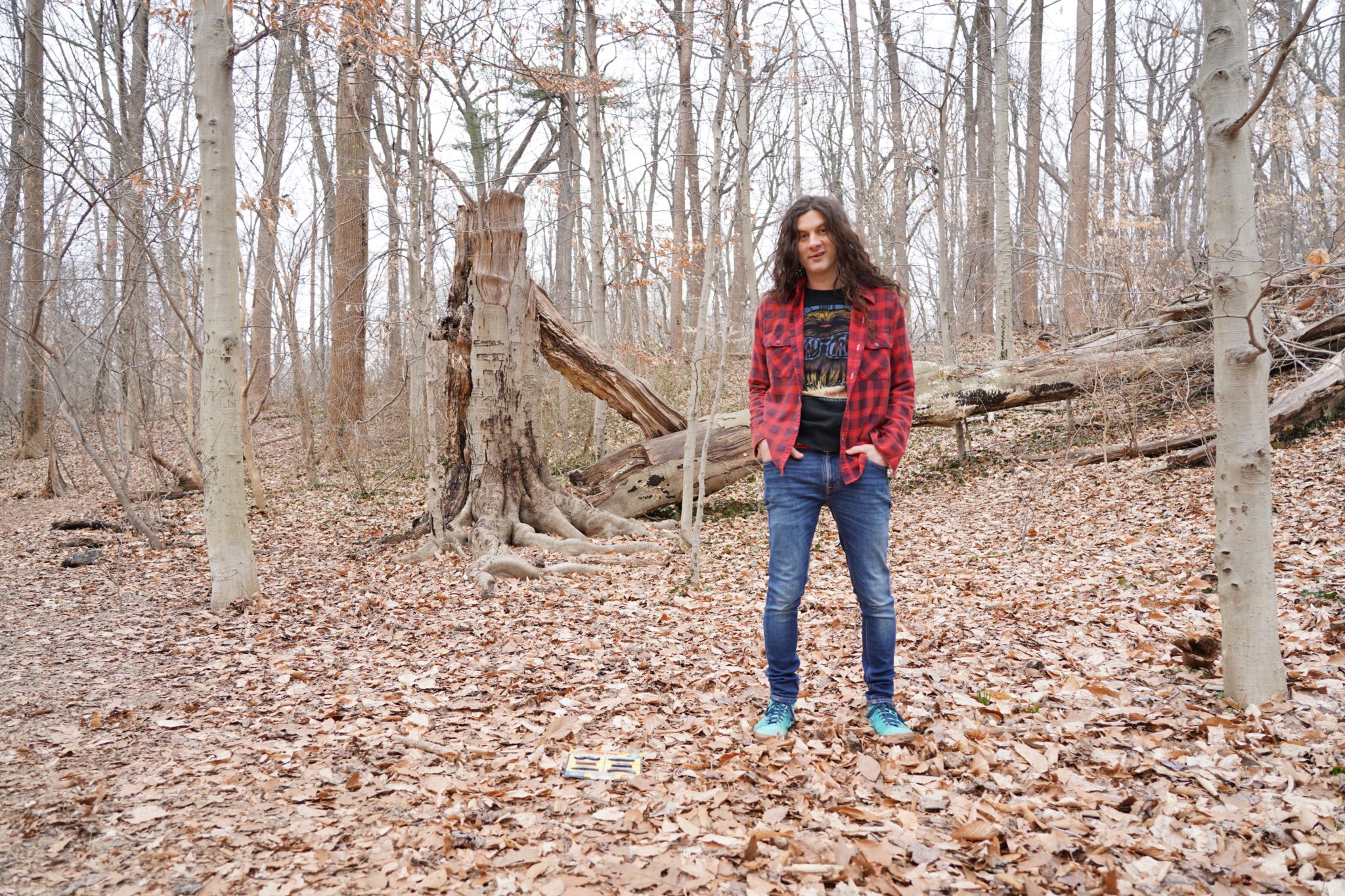 “I’ve got my Delco accent back hardcore. What I found funny was when they [internet jokesters] did things with Kate Winslet, where they dubbed in a Delco accent. So they’d have her in Titanic and they’d have Leonardo DiCaprio and Kate Winslet talk in overdub. Like [cranks up the Delco accent], “The water looks preddy… I loooove lookin’ at it.”

watch my moves – the lower case is intentional – represents a new chapter for Vile. After more than a decade with esteemed indie Matador, he has signed to a major label in the form of jazz imprint Verve (part of the Warner Music Group and also the record company that put out the Velvet Underground and Nico). His deal with Matador was up and he was keen to try something new. So when Verve approached, he was eager to listen.

“Matador is like my family,” he says. “And, for the record, you know, I wanted to be on Matador at the beginning of my career. They’re still good friends and family. It was that my contract happened to be up. And the Verve label… looking at it triggered my teenage listening of the Velvet Underground. And I do sit around listening to jazz records. It seemed completely natural.”

He is keen to discover what a major label “offers”. This brings us to a surprising and under-appreciated fact about Vile. In his charmingly meandering music, and in person, he has a shaggy, low-key quality. But he is hugely ambitious and admits to sometimes feeling pangs when he sees other artists forging ahead of where he’s at.

“I am competitive. I know how good I am. And sometimes I do get mad when I see others doing better. I’m human. When I see things bigger than me, when I know I’m better…”

He shakes his head. “That’s not how it works. Ultimately, I’m in a good place lately. I have to check myself kind of all the time. Right now, I’m pretty good. I’m totally grateful.”

Does he feel any rivalry with Adam Granduciel? After Vile left the War On Drugs to start his Kurt Vile and the Violaters project, his old bandmate ascended to arena-level success. Vile is a big deal in alternative rock. Granduciel, though, is arguably an even bigger one. 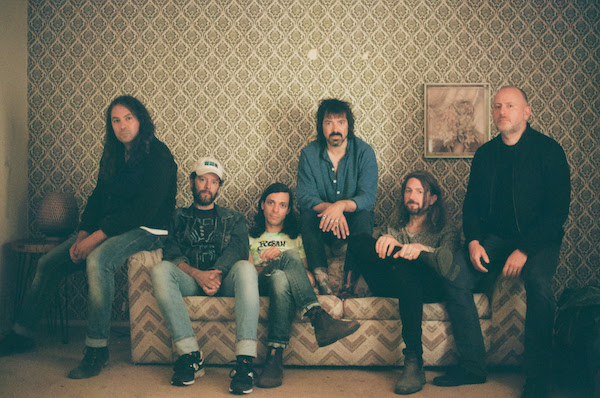 The War On Drugs (pictured).

“I’m competitive with everybody,” he says. “Specifically competitive with Adam? No. Adam’s an old friend of mine. I’m competitive. And, in some categories, I win. I’m the winner. I heard from Adam the other day: he sent me a nice message [congratulating Vile on his new LP]. Adam’s kind of like a cat. You hear from him. And then you don’t. He was my best friend. We were close for a long time. And now he’s like a brother. Like a family member. I don’t see him all the time. I don’t talk to him all the time. But, then, if I saw him in person, it’d be like yesterday.”

watch my moves is full of charm, somehow finding a way to be both steely and scattershot. Brimming with a lopsided ebullience, it’s piled high with lo-fi guitars and droning experimental moments. And still it somehow never tips into self-indulgence.

There’s a lot of darkness swirling about, too. Pre-lockdown, Vile sometimes toured to excess, he now feels, and took too long away from his family. Not because he wanted to be out there month after month, but because that’s how it works if you’re an ambitious musician. The angst was considerable. Or, as he sings on recent single, ‘Like Exploding Stones’, “Pain ricochetin’ in my brain like exploding stones/Thoughts runnin’ ‘round in my cranium like pinball machine-a-mania”. Clearly he had a few things he needed to get off his chest.

“I was completely distraught. Making the new album exorcised my demons. I felt good on the other side. There’s always an exorcism. It gets positive. Even if a song is bleak, it sounds beautiful.”

As kids in the Philly underground, one of the things he and Granduciel bonded over was their love of Neil Young. Young has of course been in the headlines recently after he pulled his music from Spotify in protest at its platforming of conspiracy crank and neckbeard icon Joe Rogan. Does it give Vile encouragement to know his idol refuses to go quietly into the twilight?

“Neil Young is a huge hero. I once opened for him in Quebec in front of 80,000 people or something. And it was wild. He’s always gonna do it his way. He’s been doing this for a long time. He can do whatever he wants.”

Springsteen is another personal icon. On watch my moves he covers ‘Wages Of Sin’, an outtake from the Born In The USA sessions and favourite of hardcore Springsteen devotees.

“It was in my twenties that I got obsessed with Bruce. Born In The USA was probably my favourite record A song such as ‘Atlantic City’ [from Nebraska] – what a masterpiece. So I consumed him in my mid-twenties. He’s like a member of my family. Sometimes I get deep into him. Sometimes I don’t. The Western Stars album – I thought that was his best in a long time. ‘Wages Of Sin’ is a deep cut. It’s a masterpiece. I tried to do a version with the Violators. That never got released. I turned my latest drummer Kyle on to that song. And I was like, ‘maybe we should do our own version’. We got deep into it.” 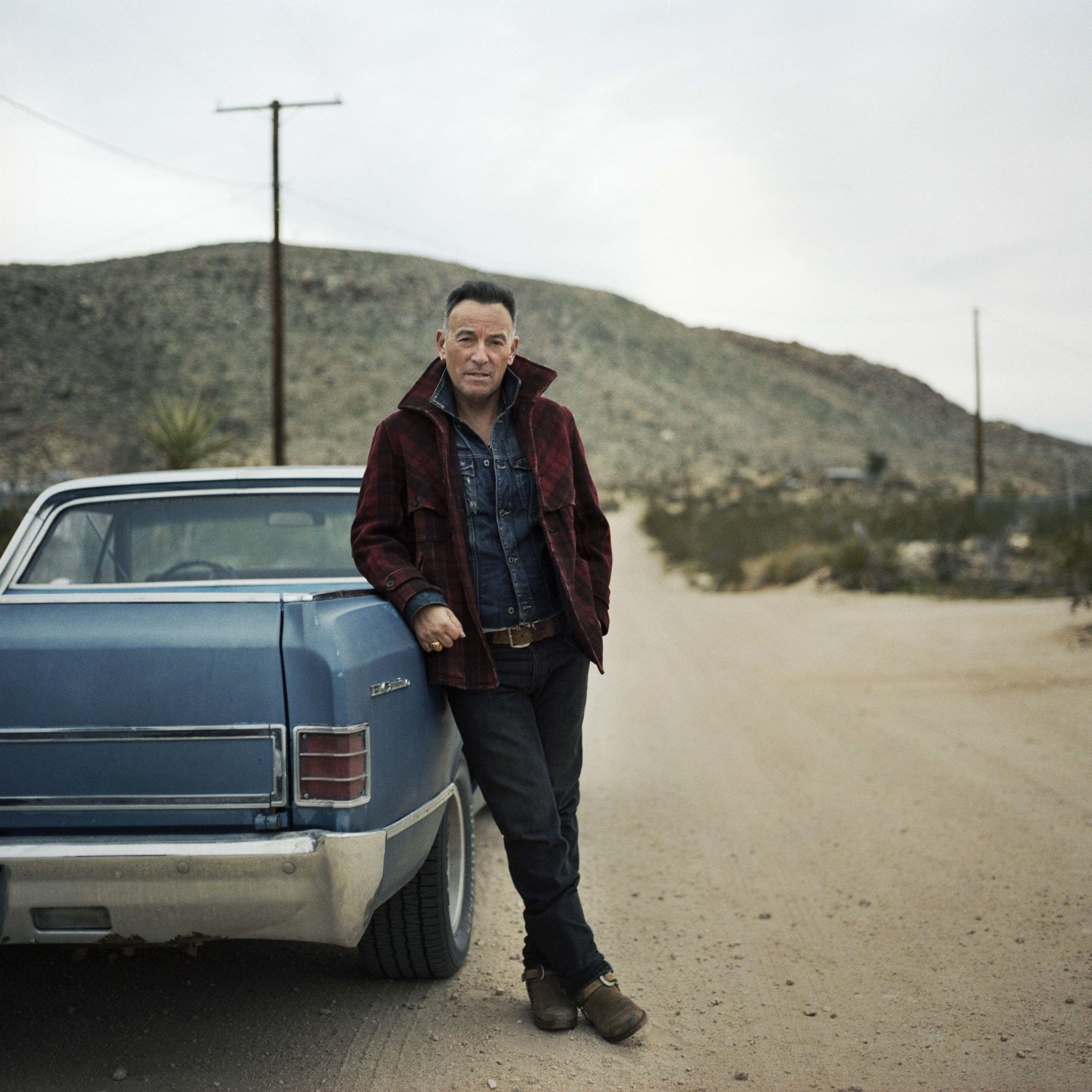 With lockdown lifted, Vile is about to get back into the fast lane. Still, he’s appreciative of the months he’s had at home. He’s made one of his strongest albums yet. And he’s had quality time with those closest to him. What could be better?

“Earlier on, life was more stressful. I had to take every gig. I didn’t have to, but – at the same time –  I did have to. It was all kinds of different stresses. I know I’m in a fortunate position now. I feel luckier than ever.”

• watch my moves is out now.