KhakiKid: "I want to sell out the 3Olympia Theatre next year. I can absolutely see that happening"
khakikid by fnati.c

Dublin artist KhakiKid on some of his favourite Longitude-bound acts.

Dublin alt-rap newcomer Abdu Huss, AKA KhakiKid, is a hard man to say no to. Having grafted his way up the Irish hip-hop ladder through pure grit, a dash of comedy, and friends in the right rap circles, the breakout ‘Woodstock’ artist is preparing for his Longitude debut this July.

“Essentially, I did my last headline show with MCD, and I just did some bartering about my next headline gig,” he grins. “It was more of a negotiation in terms of landing a Longitude slot. I’ve been sneaking into that festival for the last six or seven years so it was nice to actually get booked. I was pretty hyped!”

Playing the same bill as his hip-hop heroes, KhakiKid is clearly buzzing.

“Tyler, the Creator is someone I really look up to for his creativity,” he enthuses. “His live performances are crazy. It’s something I aim for in my own artistry.” 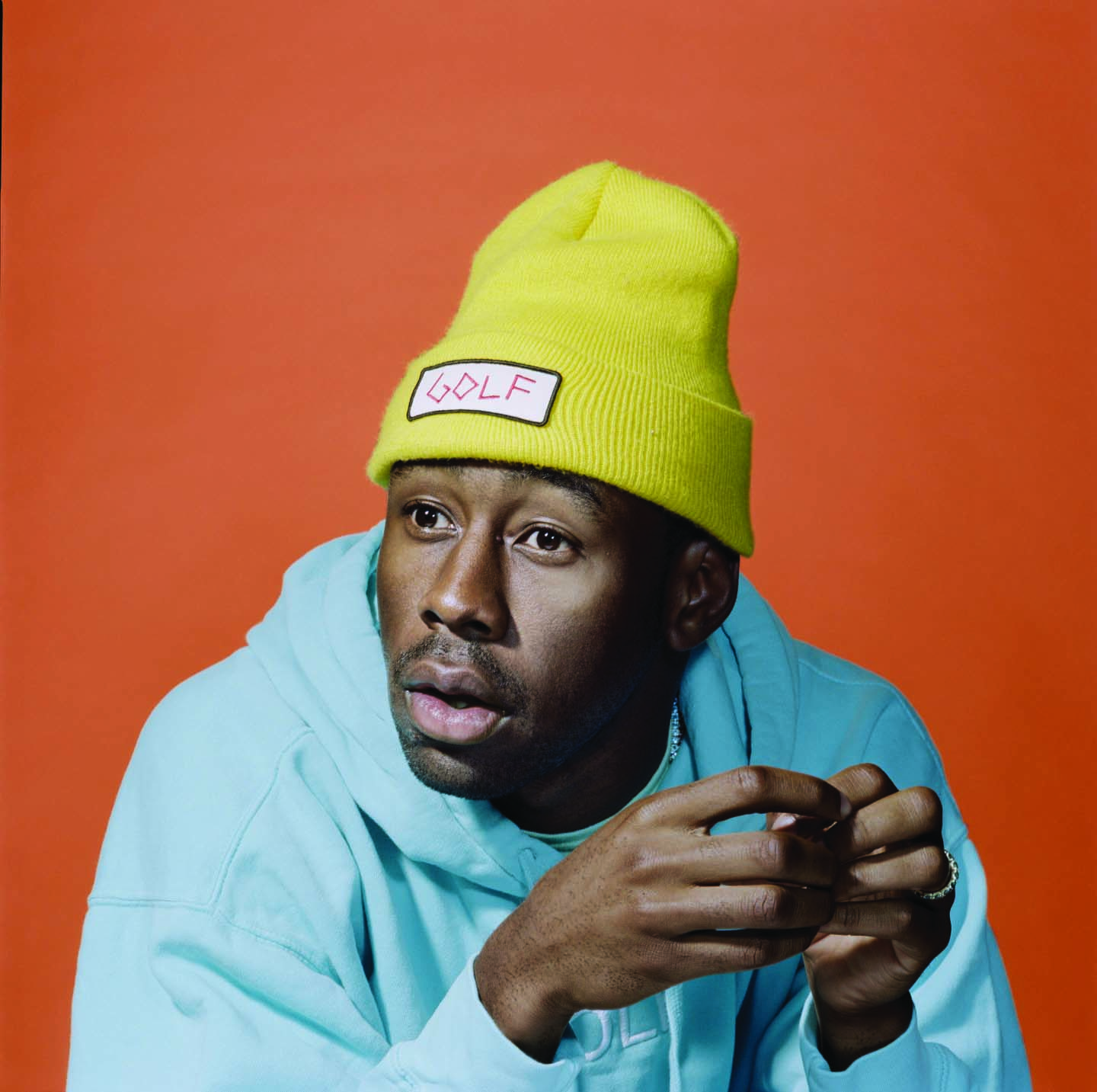 A continuing issue in music is that of rap being pushed away from the pop arena. Does race play a role, as Tyler, the Creator said in 2020, after winning the ‘urban’ category for IGOR, an album composed of roughly 50 percent rap?

“It’s a divisive topic,” says KhakiKid. “Even at awards shows, there’s still inherent racism in those events. Voters see Post Malone outside of rap categories, but he probably raps the same amount on his tracks as Doja Cat does. I think hip-hop has grown immensely worldwide, especially between the younger generations across the globe. Because we’re so connected, it’s not really a geographical thing. It’s age.

“An Irish 15-year-old has more in common with an American teenager than an Irish 35-year-old. Hip-hop has expanded as a genre as well. The types of hip-hop sub-categories have really moved forward. There aren’t necessarily labels, but you can’t say Brockhampton are the same as Migos. The micro-genres can really play to so many people’s tastes.”

How does KhakiKid go about winning over festival crowds?

“It’s about energy, even if someone doesn’t know you,” he asserts. “I’ve been to gigs where I didn’t know the artist at all. Once it’s obvious that the performer is enjoying themselves, the rest doesn’t matter. With audiences that aren’t necessarily there for you, I usually build more interaction into my set. When they’re strangers, you need to up that game, even though my own gigs already have a lot of back and forth with the audience.”

Closer to home, are there any Irish hip-hop maestros he puts on a pedestal?

“Rejjie Snow would be someone that’s had a career I’d love to follow,” KhakiKid acknowledges. “I want to be the Rejjie to someone younger than us, and do more for that generation. I saw him live when I was about 16 in the Academy in Dublin. I got kicked out of that gig, but for the three minutes I was there, it was pretty good! It would be nice to have more than one Irish person at that international level.”

I have to ask the reason for his swift exit, don’t I?

“There was a lad smoking beside us,” recalls the rapper. “I told him to put the cigarette away, because the place was mad tight, and he kept on smoking in our faces in the heat. I asked him for a drag and then threw it away. Security came and that was that!”

Coming back to his own music, Khakikid’s Elevator Music EP drips with soulful grooves and quirky, tongue-in-cheek nods to family, friends and famous figures. In short, it’s the perfect introduction: think Odd Future meeting the funky basslines of Thundercat, at a smoky inner city house party.

“Visually, I got a lot of inspiration from Wes Anderson,” explains the rapper.

Interestingly, Tyler, the Creator credits The Grand Budapest Hotel with influencing Call Me If You Get Lost.

“That aided the writing process,” elaborates KhakiKid. “Sonically, I listen to a huge amount of Mac Miller. He helped me find my sound, because he evolved hugely from when he was younger. He was just a frat boy in his early years and then became far more introspective. It’s made me more comfortable with taking that approach. It’s how I’ve gotten to where I am. I’ll probably alter my sound a lot in the future as well. 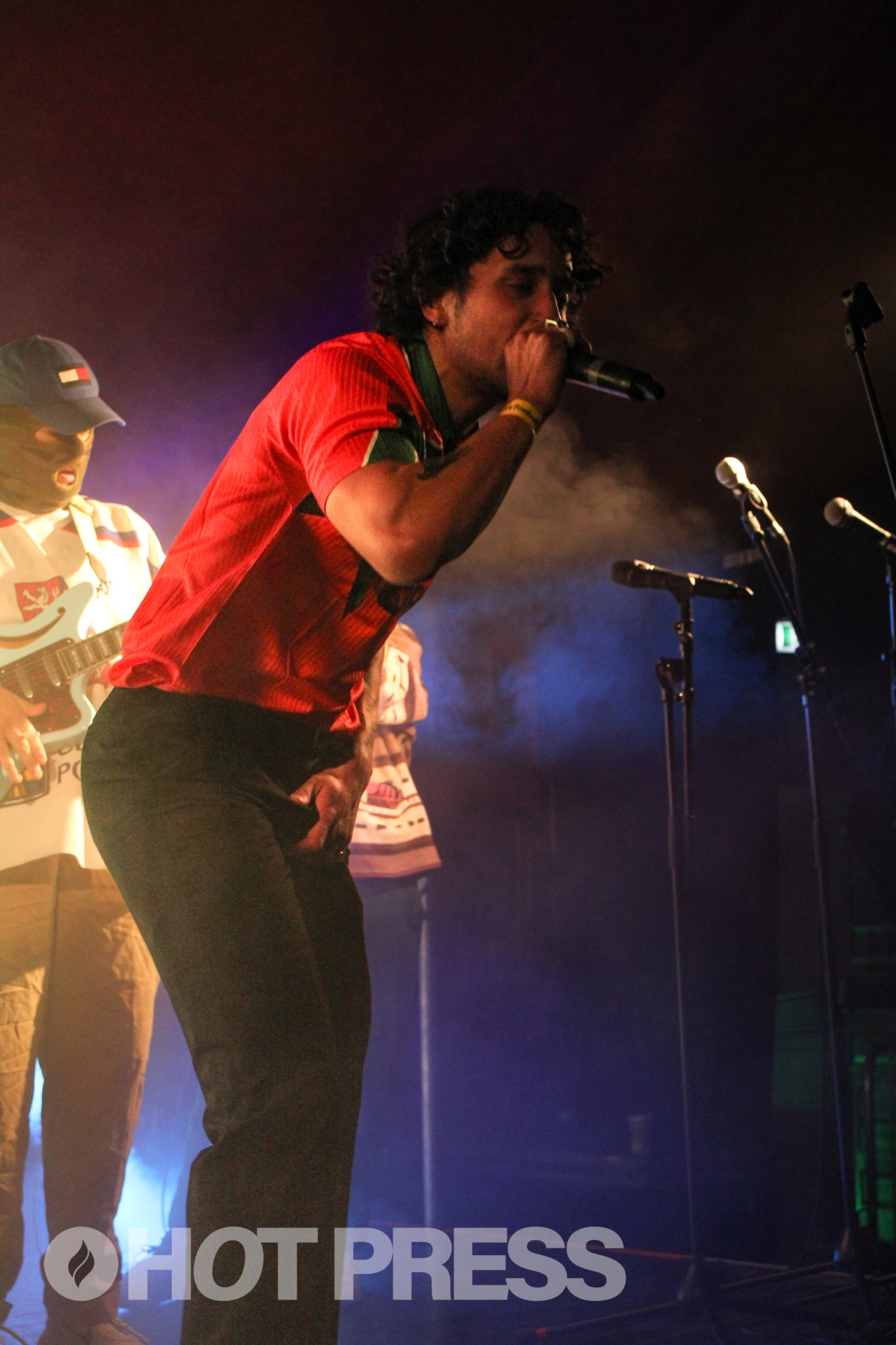 “I’m gonna tour the EP towards the end of the summer. I actually love the hustle, I enjoy trying to get ticket sales up. The last two gigs I had sold out on the last day, so it’ll be nice to sell them out before then… but pressure is great.”

“I have a photo of the 3Olympia that I printed out and hung on my wall three years ago,” he laughs. “I want to sell out that venue next year. I can absolutely see it happening! I can’t wait to tick off that goal on my list.”

With Longitude in the offing, does he have have any particularly warm festival memories?

“All the experiences of trying to climb over walls, and crawl through fields with my mates when we were teenagers, are so nostalgic now, and pretty funny,” he reflects. “I remember at one festival, I dressed up in a high-vis vest and got a library card. I put it on a lanyard and got a 12-pack of water bottles and casually walked into the venue. I just handed water bottles to all the staff. They all believed me, so I got in using a UCD library card from a fourth year trip. It was a pretty cool weekend!”

• The Elevator Music EP is released in July.

Read the full Longitude special in our new issue, out now.