INDIE22 and IMRO have revealed some of the best in Irish music set to play this summer's festival in Mitchelstown on the Bank Holiday Weekend of July 29-31.

INDIE22 and IMRO have added a rake of Irish talent to the line-up, set to perform at Mitchelstown on July 29-31.

Legendary English DJ Fat Boy Slim, will play INDIE for the first time while award-winning Drum & Bass act Rudimental will play their first-ever show in Cork at the festival. Bastille have already established themselves as firm live favourites at INDIE, having delivered memorable performances in 2013 and 2019.

“INDIE’s reputation as one of Ireland’s leading music festivals continues to grow year on year, attracting music fans from throughout Ireland and beyond. We are delighted to be returning to Mitchelstown this coming July with the IMRO Stage, which will showcase some of the finest musicians from Ireland," said Keith Johnson, Director of Marketing & Membership IMRO.

Legendary Irish DJ, Jenny Greene of 2FM is already announced as the main headliner for the new Dance Arena and she will be joined by Tracy Clifford, Stevie G and Dec Pierce’s Block Rockin’ Beats over the weekend as well as new additions like Declan McKenna and 49th & Main.

INDIE began life in 2006 around Mitchelstown's venues and Market Square, and its move to a new site on the outskirts of town in 2010 put INDIE on the international festival map.

Tickets are available now at indiependencefestival.com. 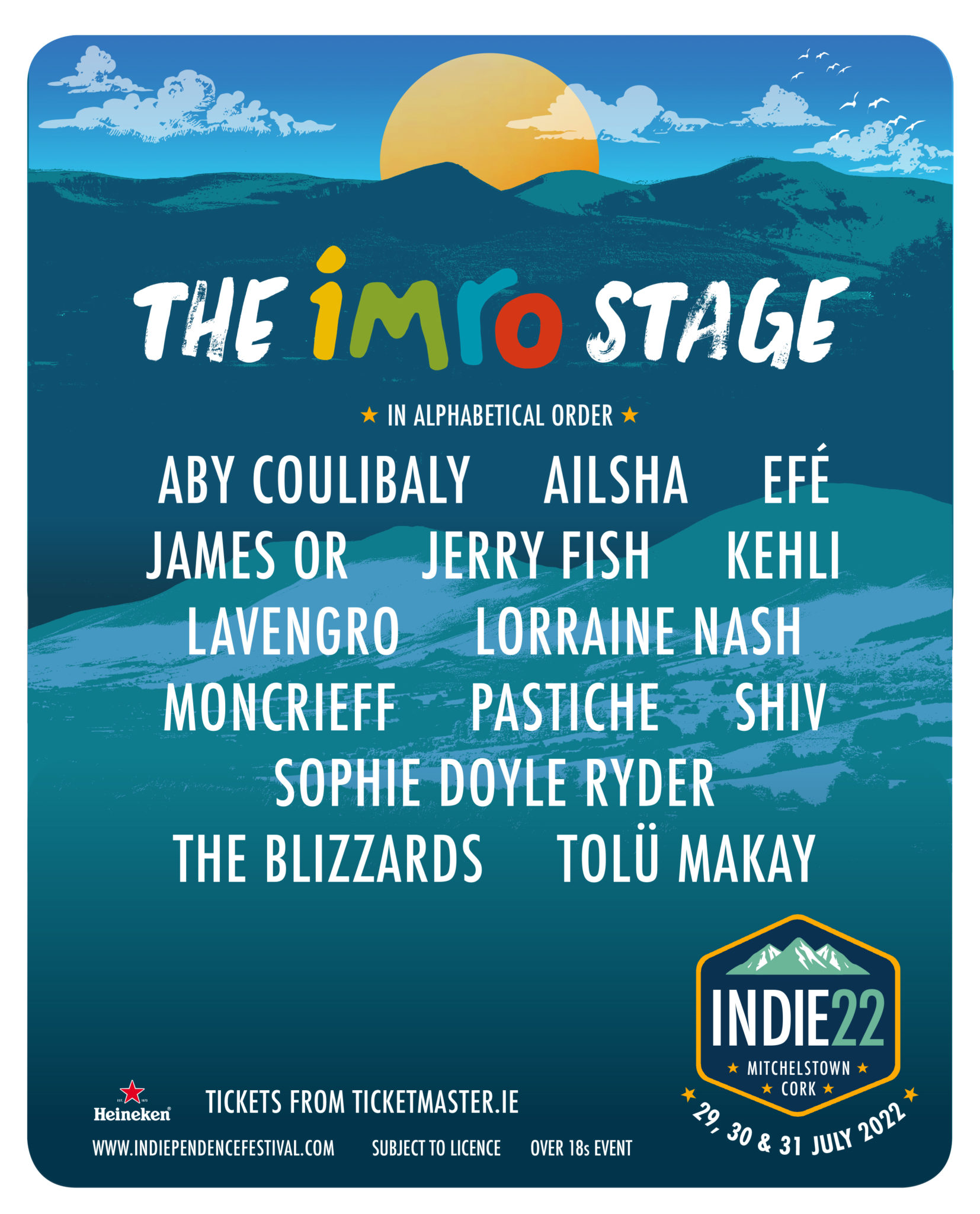 The Murder Capital on Thursday's anticipated [email protected] appearance: "In a way, our band is best understood and experienced at a show"
The Message - Hot for 2023: "It is up to us all to do everything we can to support Irish artists"
The Road to The Great Escape announces Sorcha Richardson, 49th & Main and more