Púca Festival has announced that Imelda May will be joining the star-studded line-up at the Halloween festival set to take place across Trim and Athboy this October, with tickets going on sale this Friday, August 19.

The Irish singer, songwriter and poet will take to the Púca Big Top Stage in Trim on October 28, where the 'Mayhem' singer will perform some of her greatest hits as well as material from her latest, sixth studio album 11 Past The Hour, which was released in April 2021.

Celebrating Ireland as the birthplace of Halloween for the fourth time this year, Púca has been described as an authentic, immersive, and otherworldly festival, which will comprise three breath-taking days of music, myth, food, folklore, fire, feasting and merriment.

"When light turns to dark and the veil between the worlds of the living and the dead thins, the creatures of Samhain, Ireland’s ancient Halloween tradition, come to life," the official website explains. One of these shadowy creatures is the shape-shifting spirit of Púca (Irish for spirit/ghost), which is believed to bring both good and bad fortune. 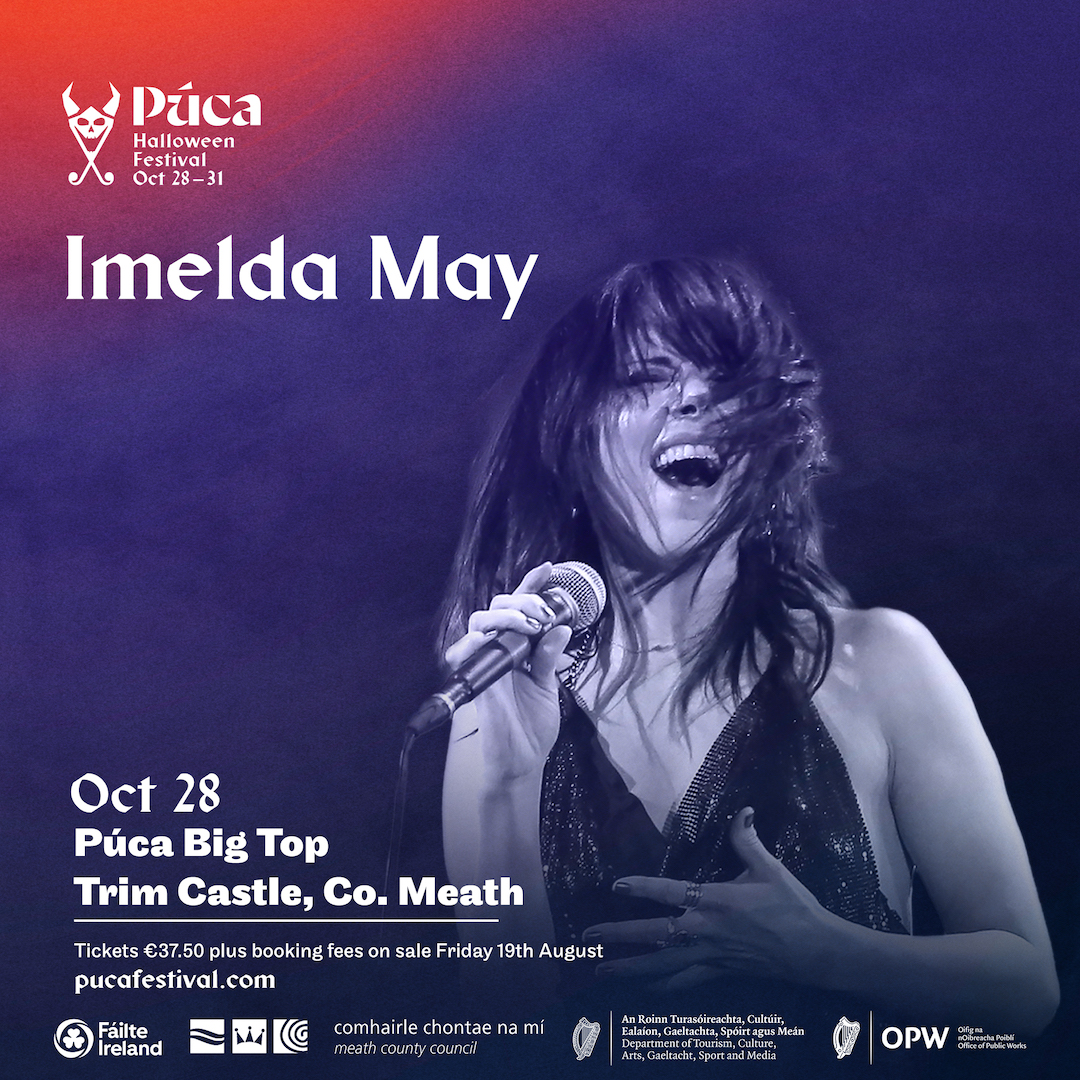 This year's festival line-up sees a pool of contemporary Irish acts gearing up to re-ignite Celtic traditions through incredible music and live performances. With a range of ticketed and free events on offer, festivalgoers and fans of folklore can look forward to the King Kong Company, Block Rockin' Beats, Lisa Hannigan & Cathy Davey, Jerry Fish Electric Sideshow, Joanne McNally, Blindboy, David O'Doherty, Neil Delamere, and Jason Byrne, with many more acts yet to be announced.

Púca Festival also works in partnership with seanchaí storytellers and the local community, showcasing the best in contemporary Irish music, spectacle, and performance in Ireland's Ancient East over four stages - named after the goddess of the Boyne, Boann, the goddess of war, Morrigan, the faerie of mischief, Fear Dearg and of course the main Púca stage.

Imelda May has recently made her acting debut in the forthcoming romantic comedy Fisherman's Friends: One and All, alongside returning stars James Purefoy and Maggie Steed. Directed by Meg Leonard and Nick Moorcroft, the British production is the sequel to the 2019 hit Fisherman's Friends, which follows the true story of a sea shanty singing group from Port Isaac, Cornwall.

The upcoming film narrates the group's struggles with fame, love and loss on the bumpy road to the pyramid stage at Glastonbury Festival, which they played in 2011. May will also be featured on the soundtrack.

Púca Festival will take place in Trim and Athboy in County Meath from Friday, October 28 to Monday, October 31, 2022.

Tickets are on sale this Friday, August 19 at 10am. Book early to get a 10% discount using Promo Code: PucaEarlyBird (limits apply). Events are individually priced.

Imelda May: "It’s frightening how much Christianity and the State have been so intertwined. That’s been detrimental to our culture..."
Why Not Her? publish gender and racial disparity report analysing 20 years of Irish Singles Charts
Imelda May, Kathy Bates and President Michael D. Higgins lead tomorrow's Late Late Show line-up
Imelda May announces string of Irish tour dates to support upcoming album
Christian Wethered to perform intimate gig at Arthur's Jazz and Blues Club
Bono announces 14-date book tour in support of memoir SURRENDER