It was a big night in Kilkenny, as the IMRO Radio Awards took place in person for the first time since 2019. Also among the big winners were Today FM, Cork's 96FM and WLR FM...

There was great excitement over the weekend in Kilkenny as the IMRO Radio Awards returned to the Lyrath Estate in the city. Among the big winners was the Hot Press partnership with the Independent Broadcasters of Ireland, Irish Music Month, which won the gong for Best Irish Music Initiative.

His cache of prizes included the release through Rubyworks of ‘Show Me Where Your Heart Is’, his acclaimed single, which received extensive airplay on all of the participating stations and confirmed Chameleon as one of Ireland’s brightest young talents.

Irish Music Month was supported by XL-Retail, MCD Productions, IMRO, RAAP and X-Music and funded by the BAI through its Sound & Vision scheme.

“I think everyone who was involved in the initiative can be proud of what we achieved with the initial Irish Music Month,” Hot Press editor Niall Stokes reflected on hearing the news. “When we originally dreamt up the idea in Hot Press, there was a general awareness that it was a powerful one, which would have the potential to make a genuine difference for Irish artists. But we needed to get buy-in from the majority of independent radio stations and to build a partnership with Independent Broadcasters of Ireland to turn it into a meaningful reality. And that would only happen if radio people around the country were fully into the idea.

"That’s why it was so encouraging when, first the IBI and then 25 stations, came on board. That really was a powerful statement from Irish radio that there is an openness in the industry to Irish music and Irish culture. And the response from artists was also amazing. Being chosen for an IMRO award for Irish Music Month adds further impetus to the project. Hopefully, with the ongoing support of the BAI, we can take it to an even higher level in its second year.”

Paving the way for 2023, it was announced last week that the BAI has again selected Irish Music Month as one of the projects to be financially supported under the Sound & Vision scheme.

Others to be shortlisted in the Irish Music Programme or Initiative category this year were BBC Radio Ulster’s Across The Line Introducing, which took silver, and iRadio’s The Saturday Sessions, which took bronze.

Meanwhile, the coveted Stations of the Year Awards went to: 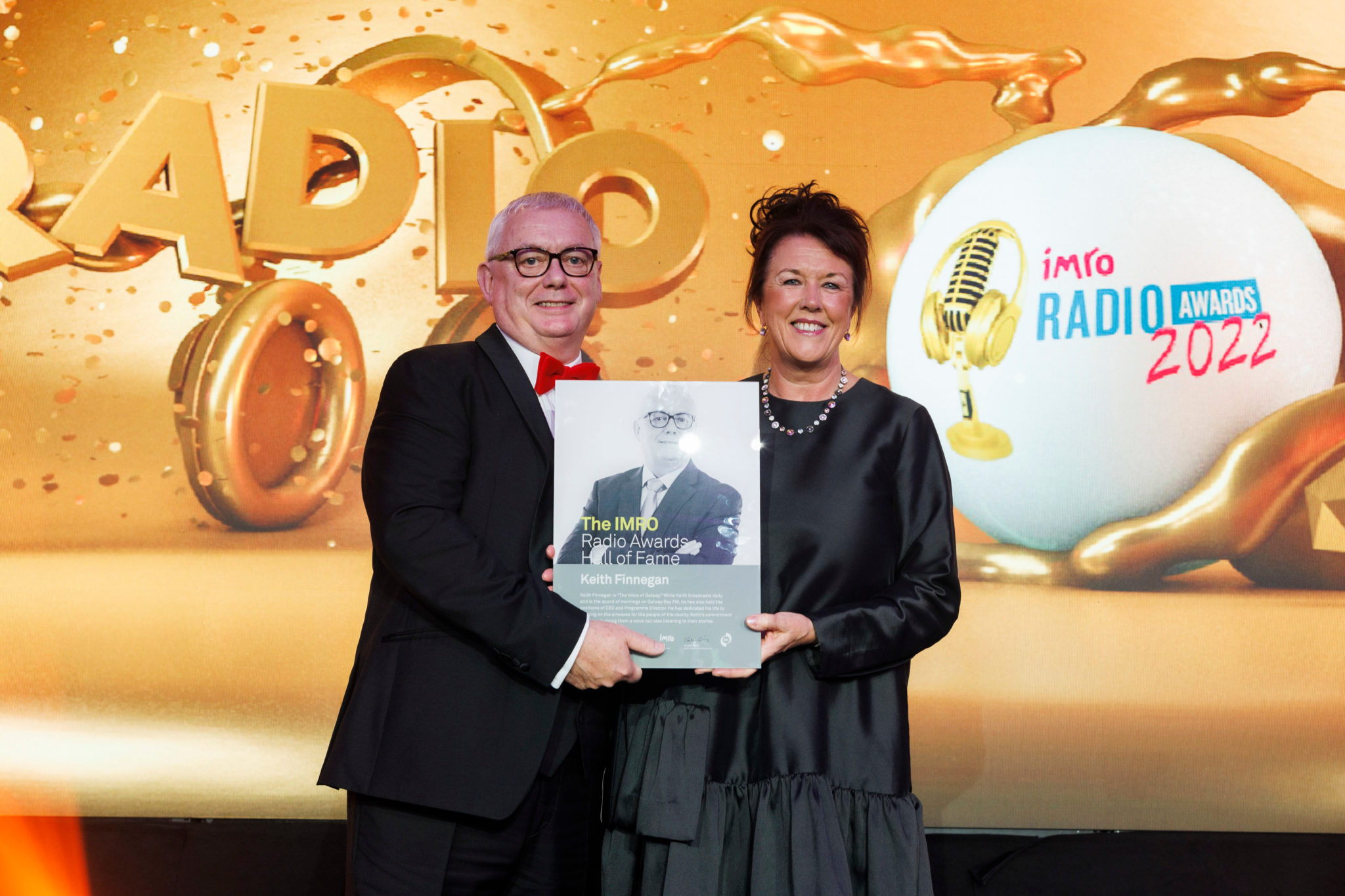 Keith Finnegan from Galway Bay FM was inducted in to the IMRO hall of Fame at the IMRO Radio Awards 2022 held at the Lyrath Estate Hotel. Keith is pictured receiving his award from Celene Craig, Chief Executive, BAI. Picture Andres Poveda.

The Chair of the Awards, Chris Doyle, said: “The atmosphere tonight was amazing with the industry celebrating together for the first time in many years. Well done to everyone for another year of high-quality radio broadcasting across Ireland and congratulations to all the winners recognised tonight.”

Eleanor McEvoy, chair of IMRO, also extended her congratulations to the stations.

“On behalf of IMR, I would like to give my heartfelt congratulations to the winners of this year’s IMRO Radio Awards," she said. "We all witnessed over the course of the last 3 years just how much we relied on radio to keep us informed, connected, and entertained during very challenging times. The winners of these awards have been chosen because of their excellence in broadcasting, and I would like to say a profound thanks to them for their service to radio in Ireland.”

Celene Craig, Chief Executive of the Broadcasting Authority of Ireland emphasised the support of the BAI for the awards.

"It is wonderful to see the return of the in-person Awards night," she said, "and the BAI would like to congratulate all the nominees this evening. Recognising and celebrating the creativity and skill of those working across the radio sector is important. Each year the IMRO Awards serve to illustrate the breadth of talent in the industry, and the range of categories reflects the diversity of quality programming on offer for listeners across the country. The BAI is delighted to continue its support and extends its congratulations to all involved.”

Other big names who are going to have to find room on the mantelpiece for their 2022 IMRO Awards include Ralph McLean, Neil Prendeville, Gift Grub and Declan Harvey. 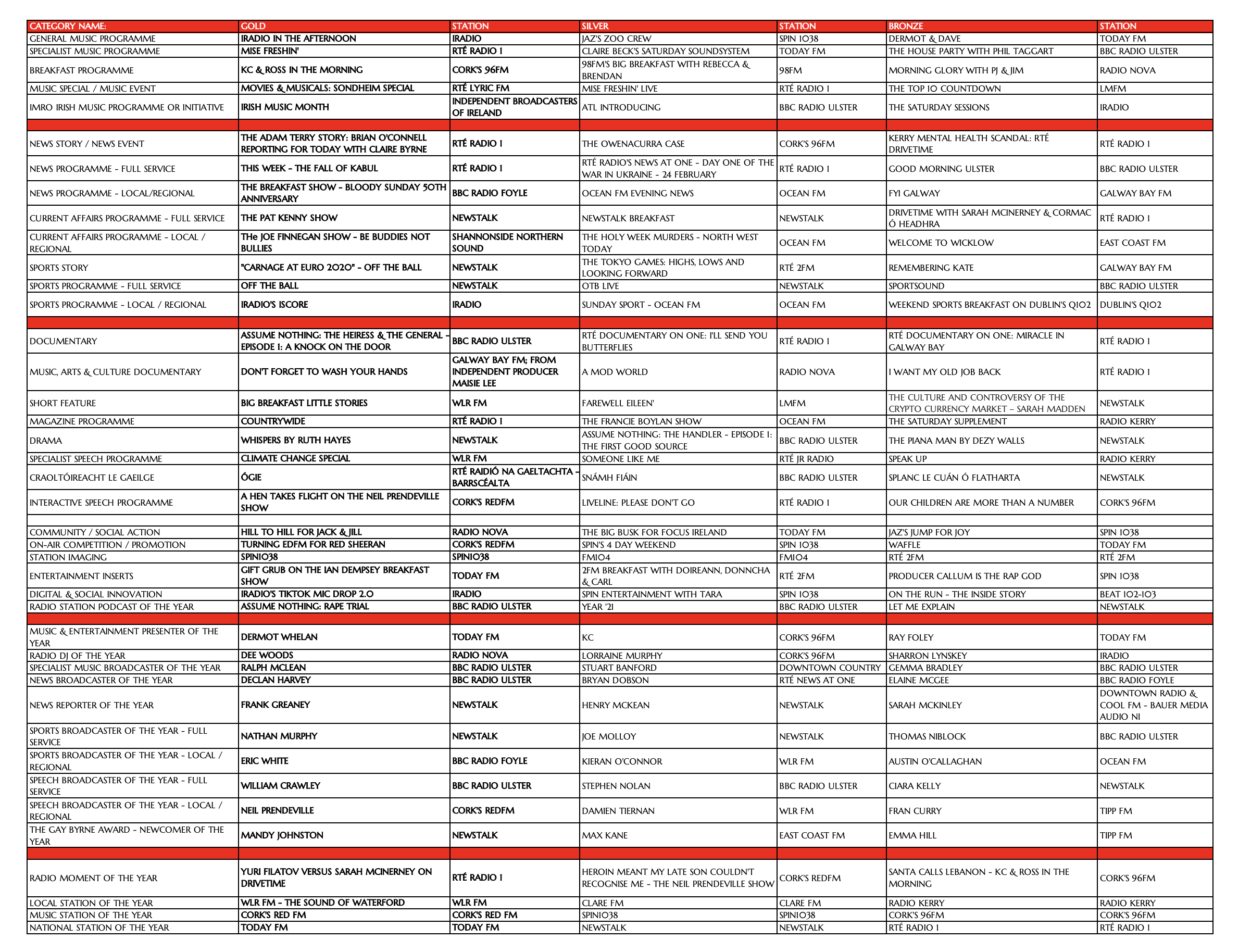 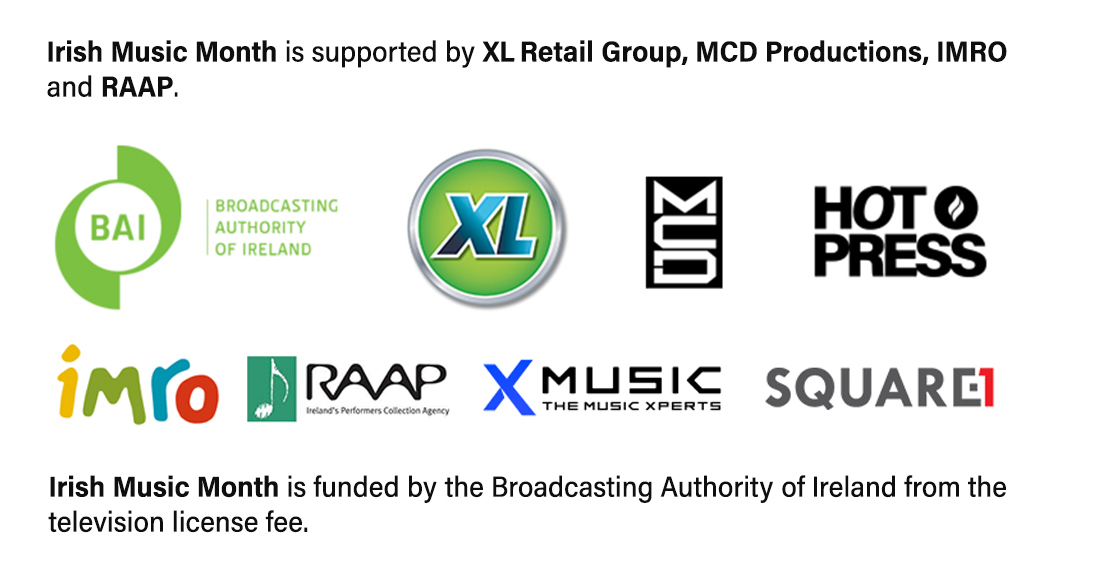 Glen Hansard: "It’s a powerful thing, to lose your mother... That’s the place you came from, literally. That’s your first home, and it’s gone"
Bono: "This narrative has been out of control for some time..."
RTÉ Radio 1 Folk Awards winners announced at Vicar Street ceremony