Irish musician Gavin James is set to release his third studio album The Sweetest Part this Friday, July 22, and to celebrate, the singer will be doing in-store signings in select locations.

Having earned 1.8 billion streams at Spotify, 1 Diamond record and 45 Platinum and Gold records across the globe, a number one album in Ireland, a sold-out world tour and live shows with Sam Smith, Ed Sheeran, Niall Horan and James Blunt, Gavin James is ready to release his next chapter of work.

Following this release, James will travel around Ireland for album launch gigs and in-store signings of The Sweetest Part. See locations and dates below. 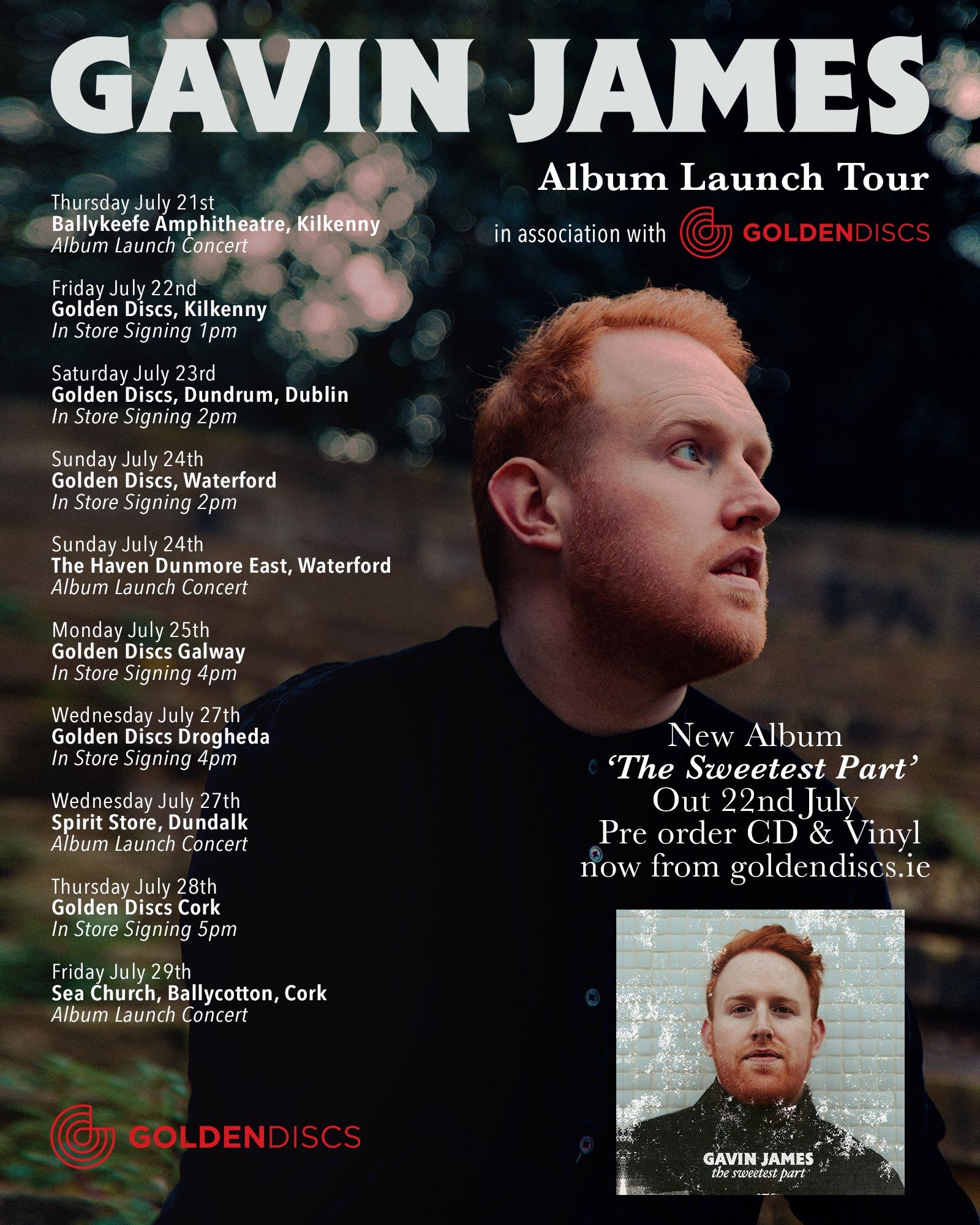 The lead single 'Novocaine' was co-written by Ryan Tedder, the lead vocalist of OneRepublic, as well as songwriter and producer for acts like Adele, Beyoncé, Miley Cyrus, Lady Gaga, Ariana Grande.

Previous to the album launch, the musician released a selection of singles from the album; 'Circles', 'Greatest Hits' (which spent weeks in the Top 5 at radio in Ireland and Top 5 in Switzerland) as well as the title single 'The Sweetest Part', which was written and produced by Gavin and Kodaline guitarist Mark Prendergast.

It's clear Dubliner Gavin James has come a long way from his early days busking on Grafton Street.

The Sweetest Part is out on July 22, via Good Soldier/AllPoints. You can pre-order the album here.

Stream a selection of singles from The Sweetest Part below.

Donal Ryan: "When the idea for The Queen Of Dirt Island came to me, it honestly felt like a favour from the universe"
Sorcha Richardson: “Musicians have all pressed play again at the exact same time – maybe that’s why the industry feels so oversaturated"
New Irish Songs To Hear This Week