Andy Irvine and Donal Lunny revisit Planxty in final show of the Up Close and Personal series – out now on Hot Press YouTube
Hot Press presents Up Close &amp; Personal with... Donal Lunny and Andy Irvine from PLANXTY at The Grand Social, Dublin.

The two legends of Irish music join Pat Carty for an unforgettable night of conversation and music, filmed in The Grand Social, Dublin – discussing their self-titled debut album as Planxty, released in 1973, as well as the wider history of the folk and traditional movement in Ireland. Produced by Phil Coulter, Planxty was a revolutionary album, with a remarkable background, as Irvine and Lunny reveal.

The pair also perform powerful renditions of tracks like ‘Arthur McBride’, ‘The West Coast of Clare’ and ‘The Blacksmith’. 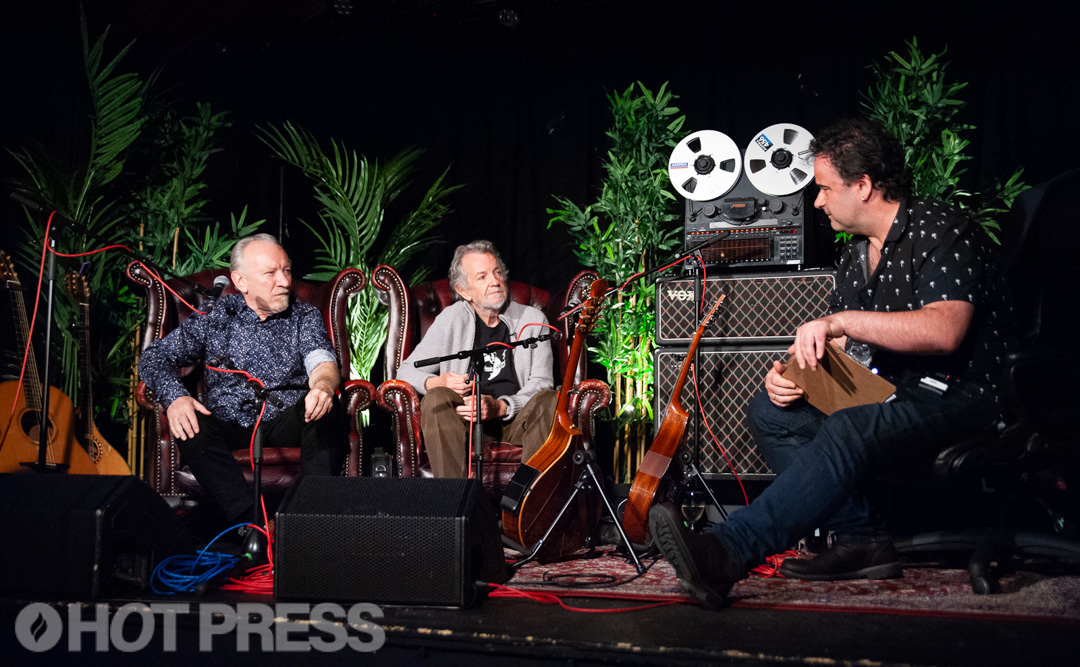 This is the final show in the current run of the series – which has been broadcast every Thursday over the last few weeks.

For our Up Close and Personal series, we selected six seminal Irish albums, crossing decades and genres, and took a deep dive into each LP. Chronicling important developments and historic moments – from the release of Planxty in 1973 to Villagers' Awayland in 2013 – the Up Close and Personal series explores 40 years of Irish music history, with eye-opening new revelations and reflections shared by the artists at the centre of the albums. For fans, students and practitioners of Irish music, it's an unmissable series.

Watch Up Close and Personal with Andy Irvine and Donal Lunny on the Hot Press YouTube channel:

Live report: Up Close and Personal with Andy Irvine and Donal Lunny at The Grand Social
Villagers to kick off Up Close and Personal series tonight at The Grand Social
'Once I got in front of an audience, I could play so much better than when I was at home': Andy Irvine on returning to the stage at 79
Christy Moore to play intimate hometown show at Kildare's Comeback festival
Over 1000 Irish artists pledge to boycott Israel in support of Palestine
James Comey, Lisa Lawlor, Irish traditional music stars to appear on The Late Late Show