To be in with a chance of winning this fantastic prize, simply fill out the form below.

Fancy winning a magical merch pack to celebrate the release of Fantastic Beasts: The Secrets Of Dumbledore?

Professor Albus Dumbledore (Jude Law) knows the powerful Dark wizard Gellert Grindelwald (Mads Mikkelsen) is moving to seize control of the wizarding world. Unable to stop him alone, he entrusts Magizoologist Newt Scamander (Eddie Redmayne) to lead an intrepid team of wizards, witches and one brave Muggle baker on a dangerous mission, where they encounter old and new beasts and clash with Grindelwald’s growing legion of followers. But with the stakes so high, how long can Dumbledore remain on the sidelines?

Experience the magic on the big screen and see the film in cinemas now!

To be in with a chance of winning a Fantastic Beasts: The Secrets Of Dumbledore merch pack, fill out the form below now: 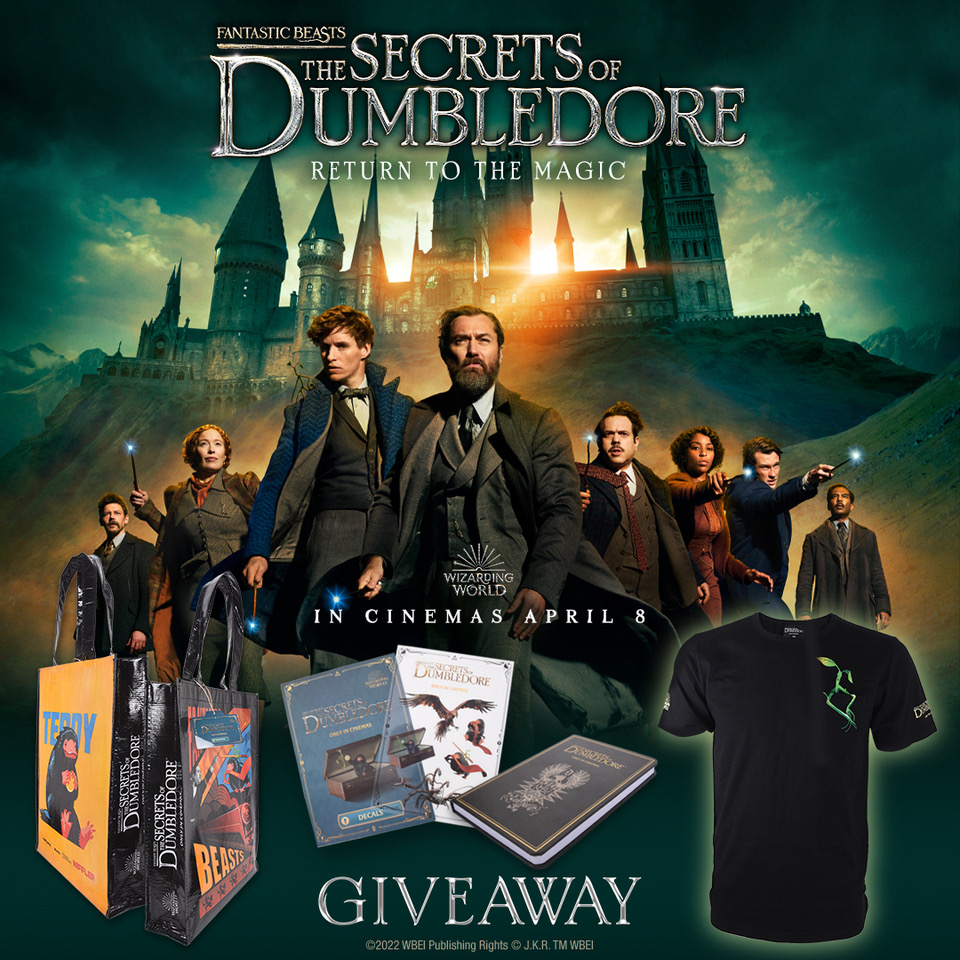