Live music goes on in Dublin as Martin McDonnell plays a gig for his neighbours (Photos)
By: Miguel Ruiz

Singer-songwriter Martin McDonnell offered a show in Dublin for his neighbours on Saturday proving that live music still goes on in the city.

People of all ages gathered on their gardens, setting chairs, tables and snacks long before the show started until McDonnell announced the show was about to begin to a kid on a bike that spread the message around the neighborhood.

The young musician played his own songs with a few covers in between from Elton John to Kings of Leon. His audience seemed to enjoy this free gig as a highlight of a week when the Irish government announced the ease of COVID-19 restrictions for the upcoming months, leaving the return of live music in venues and pubs for later in the year. 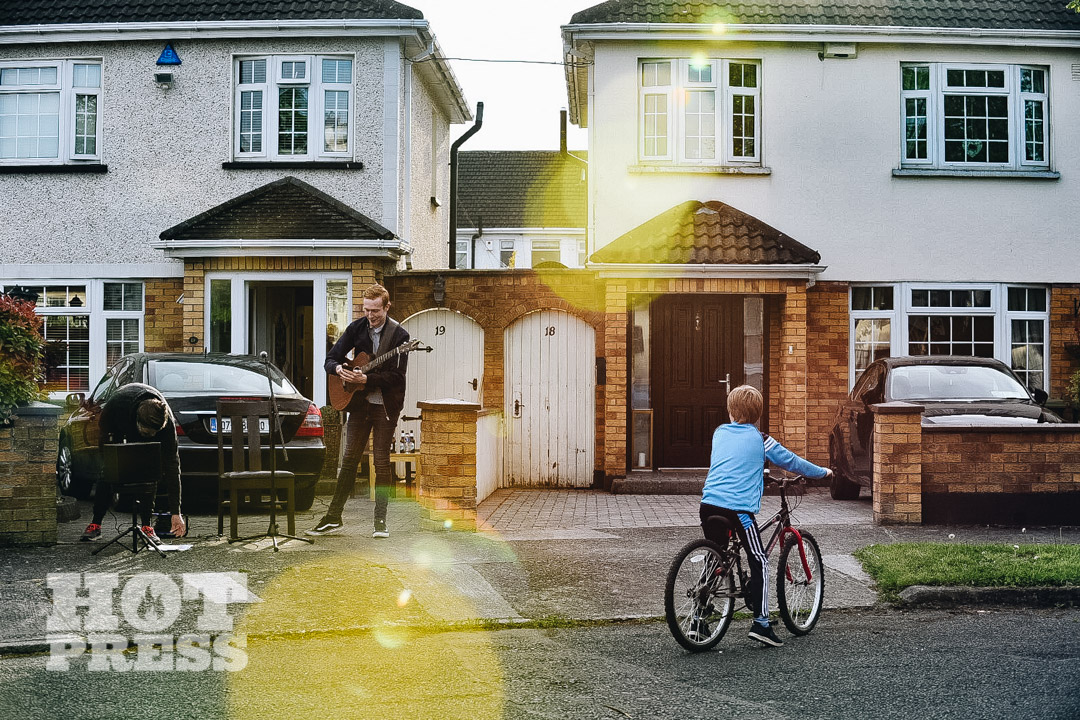 Martin McDonnell performing for his neighbours in Dublin during the Covid-19 lockdown.
Share This Article:

The 'U2 A Celebration' stamps unboxing
From the Hot Press Photo Archive: Def Leppard
Life in Dublin with Covid-19 Level 3 restrictions
Jape releases 'We Threw a Dead Thing Overboard' music video
On this day in 1977: David Bowie releases Heroes single with Brian Eno
Happy Birthday Nick Cave: early days, Oxegen, Electric Picnic & Shane MacGowan
We use cookies to ensure you get the best experience on our web site - by using this web site you consent to our use of cookies. Read more »