The Wombats' Dan Haggis: "The pandemic was a great time to be on a journey of self-love and acceptance"
Yasmin Kelly

Returning to play Dublin's 3Olympia Theatre in August, Wombats drummer Dan Haggis sat down with Hot Press to discuss their new album, Fix Yourself, Not The World', TikTok fame and pandemic blues.

The Wombats are the type of band that you can't help but be reminded of your teenage years, especially while revisiting classic  '00s tracks like 'Moving to New York' and 'Let's Dance to Joy Division'. With their new album Fix Yourself, Not the World, just six months old, I sat down with Dan, via Zoom, to talk all things Wombats.

Originally formed in 2003, the Liverpool trio have just spent a chaotic couple of weeks touring Australia. Rest assured, Dan is feeling the wrath of touring catching up on him.

"It's been amazing but it's also been intense," Haggis laughs, good-naturedly. "We went from not doing any gigs for two years to doing six months of non-stop touring. We were panting to get over the finish line by the end of it." 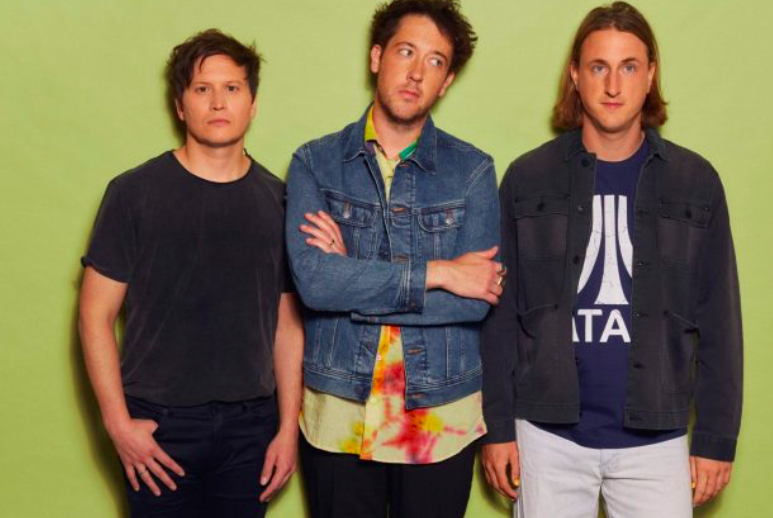 We all know exactly how destructive Covid has been for the arts industry in general. However, with all this newfound time on their hands, The Wombats managed to perfect and finish the second half of their highly anticipated album, which began work pre-pandemic.

Although a masterpiece in its own right, I wanted to get to grips with tracks like 'People Don't Change People, Time Does', 'Work is Easy, Life is Hard', and title track 'Fix Yourself, Not The World'. Three of which convey a deeper meaning than what features more prominently in The Wombats' repertoire.

"The pandemic forced people to confront their demons," Dan stresses. "With all the distractions in everyday life, it can be hard to figure out who we are and why we're here. Everyone has all that shit going on. It was like a brick wall. With no distractions, it was a great time to be on a journey of self-love and acceptance. Things like these are so important in life."

Lead singer of The Wombats, Matthew Murphy has been open about mental health in the past, stating that he has suffered from anxiety and depression ever since he was a teenager.

"Murph has been doing therapy for years, he's been on that journey of who he is, who we are, who he wants to be, and why we act certain ways. I think the pandemic invited other people to stop neglecting themselves in that sense," Haggis explains, nodding.

For the most part, less "extreme" mental health struggles aren't such a taboo topic anymore. There tends to always be a conversation surrounding maintaining a healthy mindset - which is especially crucial for those in the public eye. But with social media playing a huge role in the music industry, it can be difficult to decide which side of the fence you find yourself on. Dan compares it to a witch's cauldron.

"You have this bubbling mixture and sometimes it can be so toxic but other times it can create a magic spell. You have the bullying, trolling, and cancel culture aspect but then you also have the positive side of it. Social media is such a great way to get music out there, things can just blow up when you least expect it," he grins.

Oliver Nelson's remix of their catchy track 'Greek Tragedy' was trending on TikTok about a year ago, to the band's surprise, earning them a younger audience in weeks.

"Our manager told us it was blowing up and we didn't even know what TikTok was," Dan recalls, beaming. "It was mad because some influencer had used it for a video and all of a sudden it became this huge thing. Putting music out is like entering a lottery, you never know what's going to happen".

Encouraged to play music from an early age, Dan grew up surrounded by orchestral influences from his family and always loved the idea of playing with other people.

"We always looked forward to orchestra practice during the week, I always felt at home. I saw a guy playing drums one day and I asked him if I could try. I've been drawn to them ever since."

Describing the origin story of The Wombats, Haggis claims he met Matthew Murphy at a party before he ended up sleeping on Dan's bedroom floor that night.

"In our hungover delirium the morning after, we wrote a song about a goat," he shrugs. "Then we were like, 'let's make an album about animals'. We began making songs very quickly and we just decided to randomly start a band. From there, we found Tord and the rest is history." 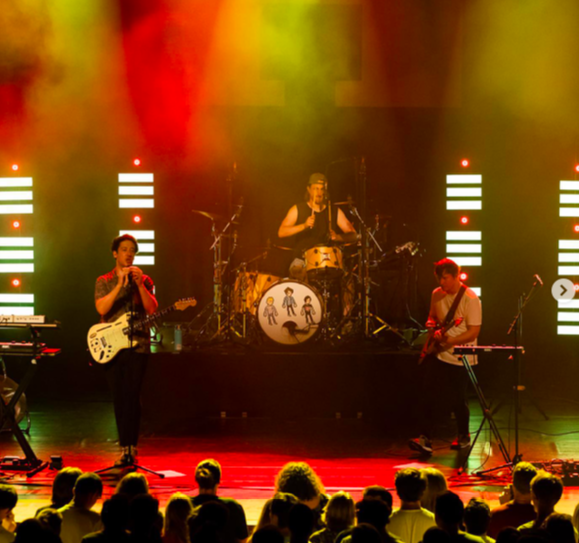 As the lads prepare for their Dublin gig in August, Dan tells me all about their connection to the Emerald Isle.

"My first ever concert was Mary Black in Liverpool. My mum was always listening to Irish folk music and I was always very taken by the lyrics and harmonies. Dublin is one of our favourite cities to come to. The crowds are so lovely and warm. Even just walking around and hanging out in Dublin is always such a pleasure.

"The music is a bonus - and drinking loads of Guinness because....obviously."

The Wombats will play Dublin's 3Olympia Theatre on August 22. See here for tickets.

Listen to Fix Yourself, not the World below.

Graham Norton: "I would watch The Late Late Show and fantasise about being a guest. It never crossed my mind to be the other person, the guy in the chair"
In the new issue: Bono graces the cover in a classic shot from the Hot Press archives
Ye's Anti-Semitism Won't End With Him

The Coronas' Danny O'Reilly: "I'm proud of our longevity and the fact that we still love it... We're blessed"
On this day 20 years ago: Richard Harris died, aged 72
Live Report: Angel Olsen commands the room at Vicar Street
Irish artist Asbestos condemns Taoiseach's use of his 'What is Home?' mural on TikTok
New Irish Songs To Hear This Week
Live Report: Rina Sawayama brings electric atmosphere to Dublin's 3Olympia Theatre