Sive on her new album We Begin In Darkness: "It’s about taking the light with the dark, and trying to incorporate both"
Sive. Copyright Miguel Ruiz.

Ahead of the release of her powerful new album, We Begin In Darkness, Kildare singer-songwriter Sive sits down to discuss artist retreats, her journey to folk, and her work bringing music to older people.

In an increasingly polarised world, Sive’s approach to her new album, We Begin In Darkness, feels timely. Rather than settle for a narrow, black-and-white worldview, she’s exploring the space in between – with her most captivating, genre-blending collection of songs yet.

“It’s about taking the light with the dark, and trying to incorporate both,” the artist also known as Sadhbh O’Sullivan elaborates. “And accepting both sides of yourself.

“Everything being black or white is not healthy,” she adds. “It’s a continuum. There’s grey areas and nuances that get lost.”

Although the project began life pre-pandemic, like countless other musicians, Sive found herself having to come up with creative solutions to the challenges of lockdown – including recording from her bedroom.

“I appreciate studios more than I ever did before,” she laughs. “Trying to record in a space that’s not made for it can be fine – but you’re still squished in the corner of your bedroom, tripping over things! At the same time though, I enjoyed recording vocals from home, because I could be less self-conscious. I’m also able to do more from home than I could before. So there was good and bad.”

Just before the pandemic struck, the Kildare singer-songwriter got the chance to spend a week at the Tyrone Guthrie Centre in Annaghmakerrig, Co. Monaghan, on a writing residency. Her experience at the renowned centre for creatives also inspired one of the stand-out tracks on We Begin In Darkness.

“It’s actually the first time I’ve named a song after the place I wrote it,” she says of ‘Annaghmakerrig’. “But it’s a song that’s very much of that place. I wrote it on this gorgeous piano in a gorgeous room there, and it’s about how you leave pieces of yourself everywhere you go. Every time I play that song now, I’m back in that room in my head – or I wish I was, anyway!

“I was nervous going there,” she continues. “It was the first time I’d been on a proper seven or eight day retreat. I was like, ‘What if I just can’t write anything, and it goes on forever?’ But there’s definitely something about the place that’s really inspiring. You just get stuck in. One of the conditions in Tyrone Guthrie’s will was: ‘I’ll leave you this – but the artists all have to eat together.’ It’s lovely.

“It’s quite hard to get in – because they have such big waiting lists in Annaghmakerrig," she adds. "It’s almost like you exist on a different plane for the week while you’re there. And then you go back to your normal life like, ‘I’ve written loads of songs, it’s great!’ You’re not just trying to squish it in on a Thursday evening. So more of that!”

In addition to her own creative output, Sive also uses her talents as a musician in community and healthcare settings.

“I primarily work with older people,” she explains. “Some of whom would have dementia, and some who’d have other age-related illnesses. And some who might just be living on their own, and looking for social interaction. It’s a mix of everything, which really works. It brings everyone together.

“It’s strange – sometimes someone might struggle to say a sentence, but then you start singing a song, and suddenly they’ve got the whole thing.”

That work has gone on to inform the way she now approaches her own music, Sive tells me.

“I definitely have a different perspective,” she reflects. “I have two different areas of focus in my life, so it’s not all about: ‘Everyone has to love my music, because it has to go to No.1, and I have to make loads of money off it!’ There’s two paths going parallel to each other, and they both make me happy.

“When I started doing that work, I was probably a bit pissed off at the music industry – and I was like, ‘This is so much more fulfilling and meaningful.’ But then, after a while of doing it, and not really focusing on my own music so much, I realised I needed to be doing both. Because I was happier when I had that part of me as well.”

Being “pissed off at the music industry” is understandable, particularly as a young creative in Ireland.

“I was only 24 when I was feeling like that – but that’s the prime age to be cynical,” she grins. “If you’ve started out in your late teens or early twenties, and you’re a couple of years in, that’s when you realise that maybe things aren’t what you thought they’d be. And you think, ‘Hang on, how am I going to make this sustainable?’ And you realise that maybe you’re not! But I think I’m less cynical now than I was then.”

Although folk music influences a great deal of her work now, she tells me the genre wasn’t a major part of her life until she was a young adult.

“I grew up listening to cheesy pop and classic rock, because that’s what my parents listened to,” she recalls. “But when I really got into music, it was all rock and grunge. All through my teenage years, it was electric guitar in rock bands. With the odd exception of discovering Simon & Garfunkel and a few other things when I was younger, folk came later for me.

“It was the lyrics I connected to, first of all,” she adds. “It’s weird – when I was younger, I loved writing poetry and stories. But in a lot of the music I was listening to, I wasn’t paying that much attention to the lyrics. When lyrics started getting more important to me, I started veering into folk more. Also the textures started to appeal to me more. The acoustic instruments, and that kind of earthiness.”

While folk music is clearly enjoying a renewed boom in popularity in recent years, Sive points out that the entire music community in Ireland is stronger and more close-knit than ever.

“Social media, for all its pitfalls, has been a good thing in that way,” she notes. “When I was starting about, probably 12 years ago, it was mostly just Facebook, which doesn’t connect you with other artists in the same way. So I wasn’t very aware of who else was out there making music. You were just going into Dublin, and going around venues trying to get gigs. It was hard.

“The upside of social media now is that you can see who’s out there,” she continues. “You can share each other’s work. It’s a bit more integrated. It’s easy to connect with and find the people who you think you’ll gel with, or share a bill with.”

With We Begin In Darkness, Sive looks all set to cement her reputation as one of the most compelling voices in that community. And, she reveals, she’s already thinking about the follow-up project...

“The album was so long in the making – so I already have a bunch of new songs, and I’m seeing how they weave together thematically,” she says. “It’s good. I’ve never been in that position with an album before. Normally I finish one, and I’m like, ‘Jeepers! I have to do that again?!’”

•We Begin In Darkness is out tomorrow, April 28. Sive plays the Claremorris Folk Festival (April 30 – May 1) and The Workman’s Cellar, Dublin (May 19). 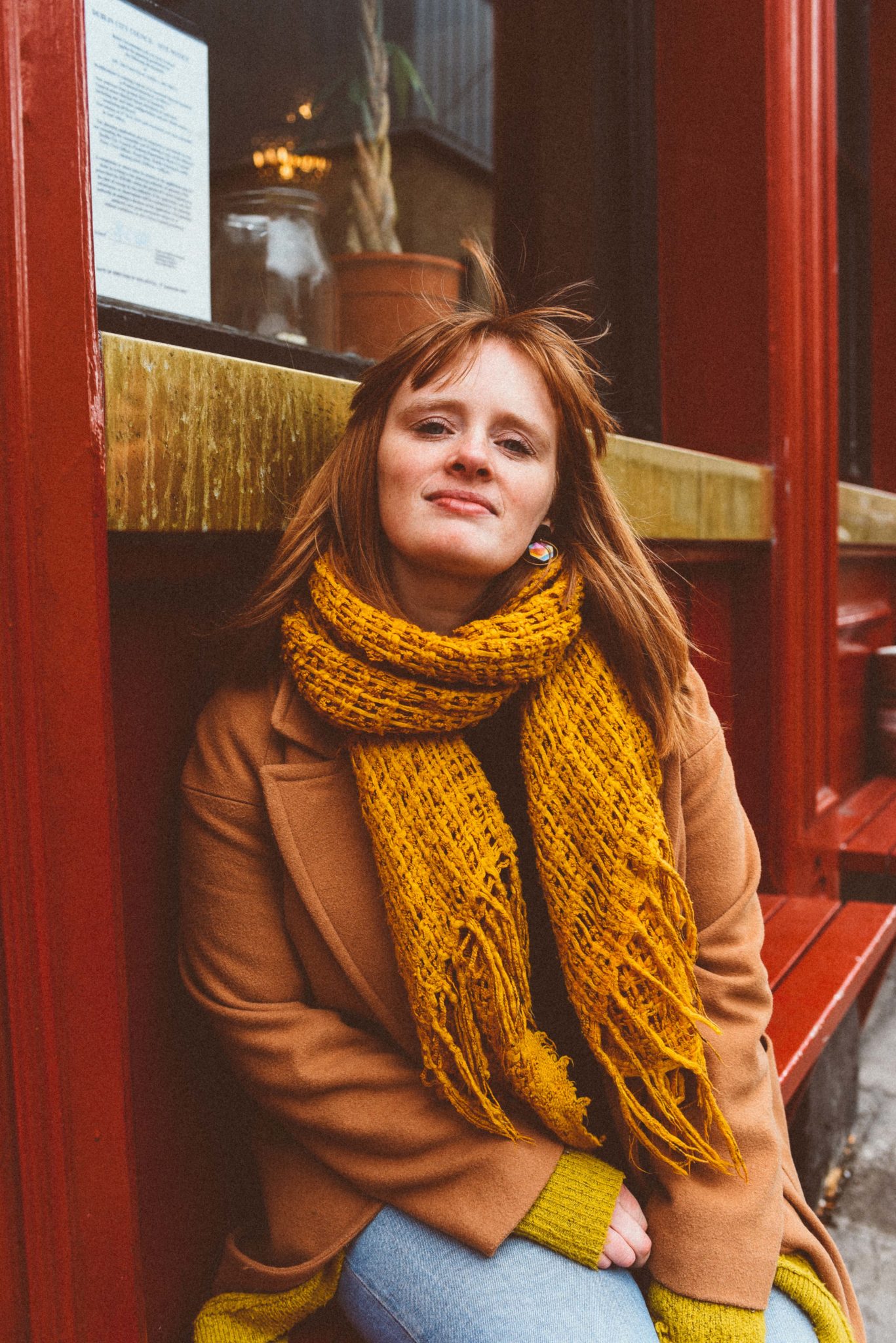