Cooks But We're Chefs brought their all to the Grand Social Club last Friday... read all about it below.

The Grand Social Club itself is a temple of good energy — the roof a tented collection of fabrics and string lights, audience packing in, a light haze mixing with an air of anticipation. Combining that with Cooks But We're Chefs' patented blend of jazz, funk and hip hop is an exercise in explosive alchemy.

Any stage would seem small with an eight-piece, brass heavy band. But at the Grand Social, whose platform is as wide as the narrow room, it was a wonder they had any room at all. However, from the moment they stepped up to the plate, it seemed like nothing would stop the group from giving the performance their absolute all. 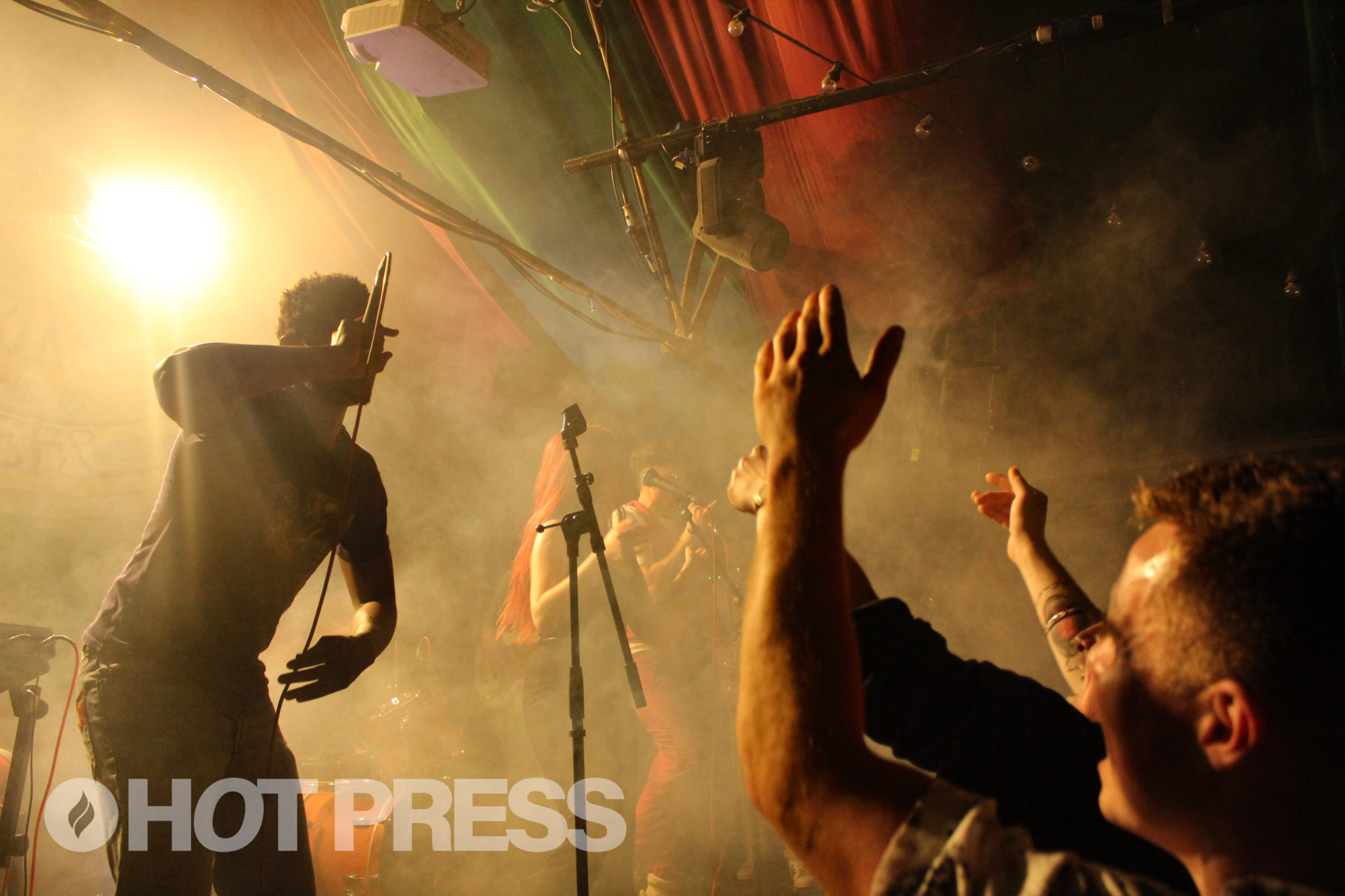 It's an interesting phenomenon, to see an entire room light up at once. And yet, as soon the first note of the ambient piano began to echo around the space, everyone seemed enraptured. It was hard not to be, the blend of even brass, electric rapping from Methembe Thabani Mafu and Jesse Russell and airy, effervescent vocals from Síofra Nolan created a smooth a cocktail of sound.

With tracks like 'Tembé Road,' whose groove-imbued instrumentations wrap the listener in warmth, or 'Sunshine,' whose fast-paced verses set the dance floor on fire; throughout the set there was this unshakable atmosphere of joy. The audience was having just as much fun as the musicians onstage. 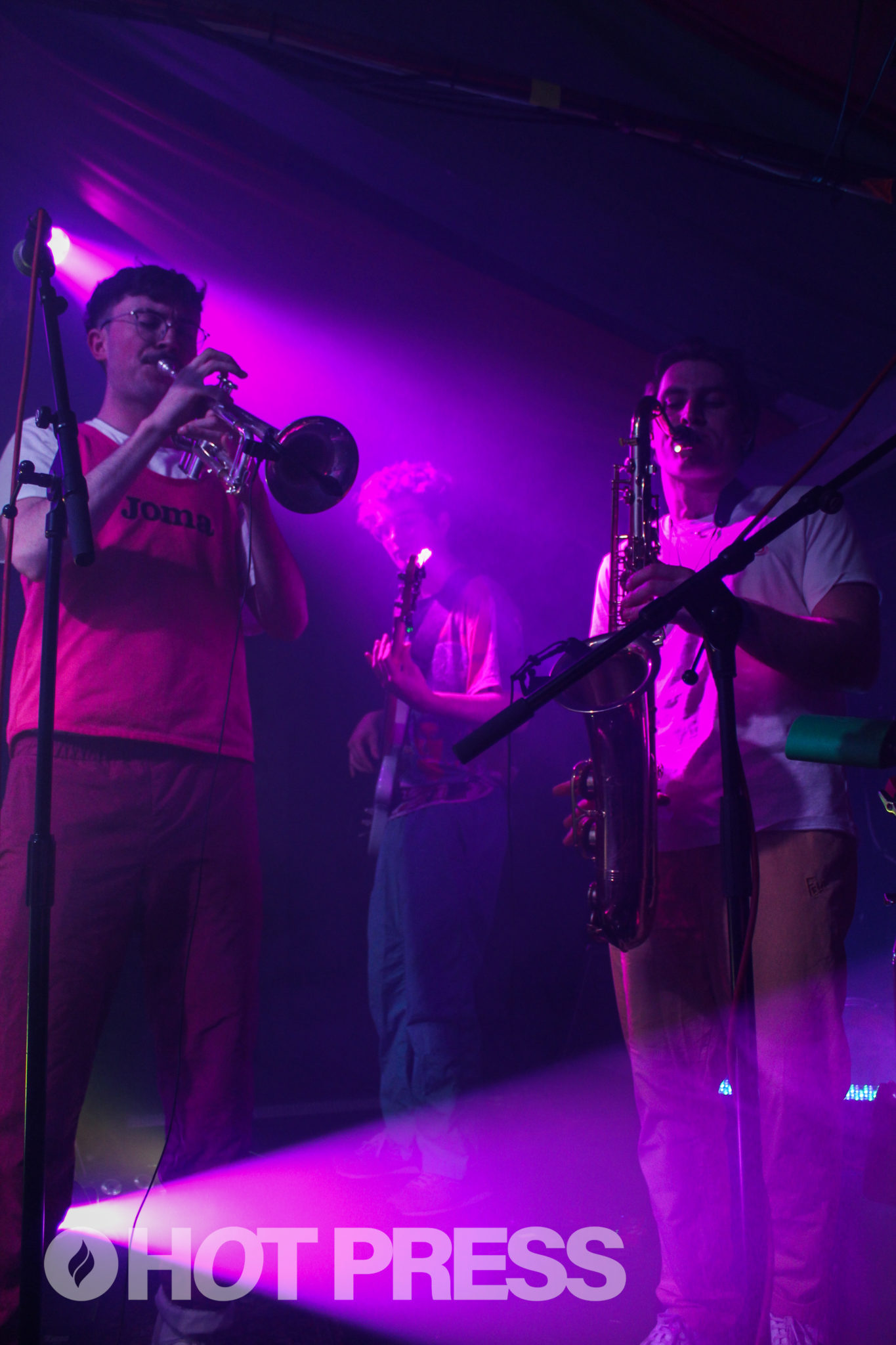 As if the band on their own weren't enough, halfway through the set they invited even more magic to the stage; fellow X-Collective members and Shy Mascot musicians Jamel Franklin and Fiadh Rua Gregg.

The thing that stuck out most, in addition to the tight arrangements and performances, was the band's commitment to having a good time. With Nolan seemingly tireless, dancing throughout, Russell (when he wasn't singing, rapping or playing trumpet) grinning alongside the rest of the band, it was clear this was a group who had a deep-seated love for what they do. 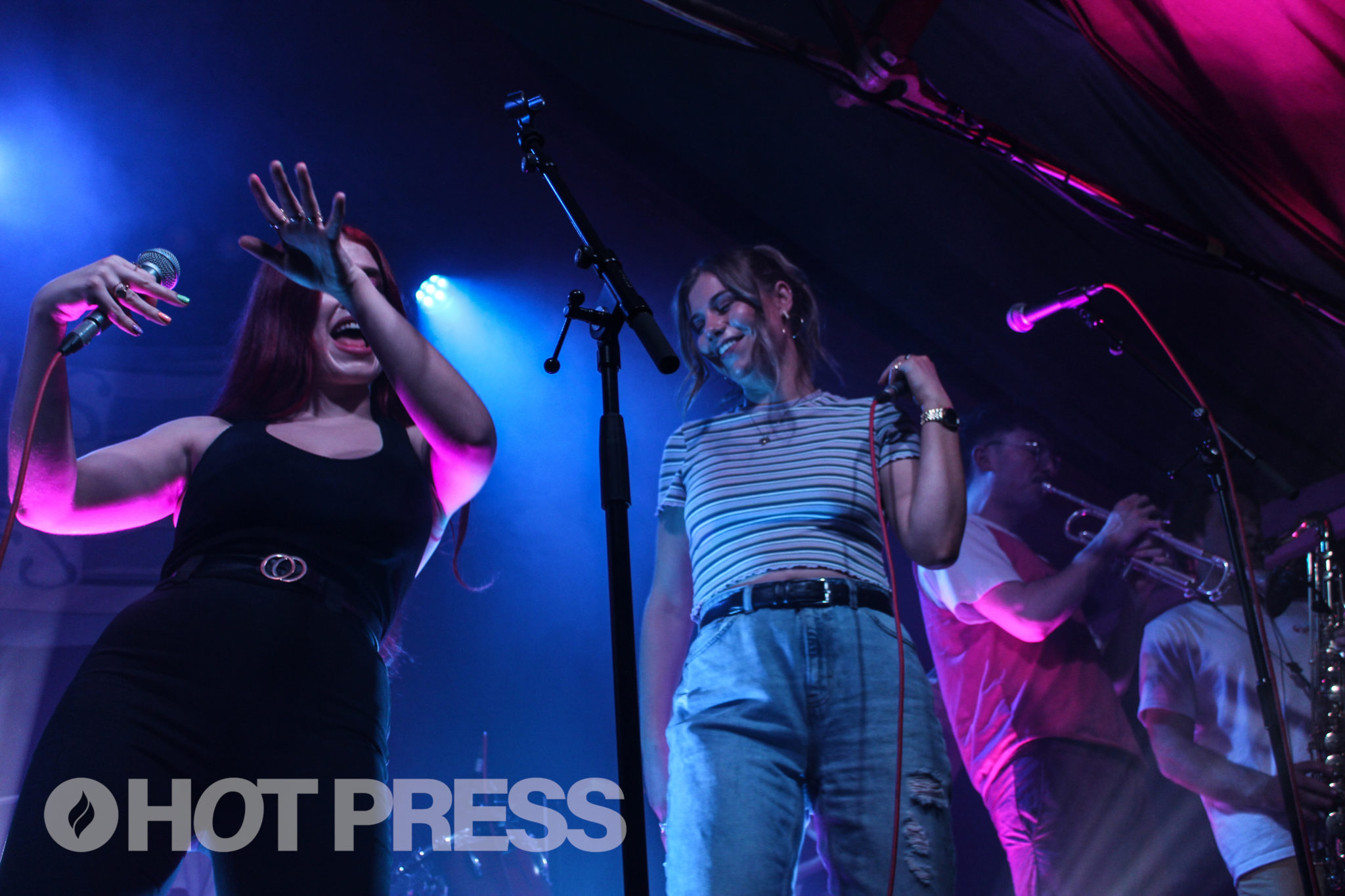 Time was hurtling by — sucked into the vacuum of good times and great music. The concept that all things must end seemed to be the only dark cloud looming over the event, but Cooks didn't let it get them down. In a tribute to Nolan's mother, the band performed a much jazzier mix of 'Voulez-Vous' by ABBA and KISS' hit 'I Was Made For Lovin' You,' choosing not to wind down the set, but rather finish it with a bang. 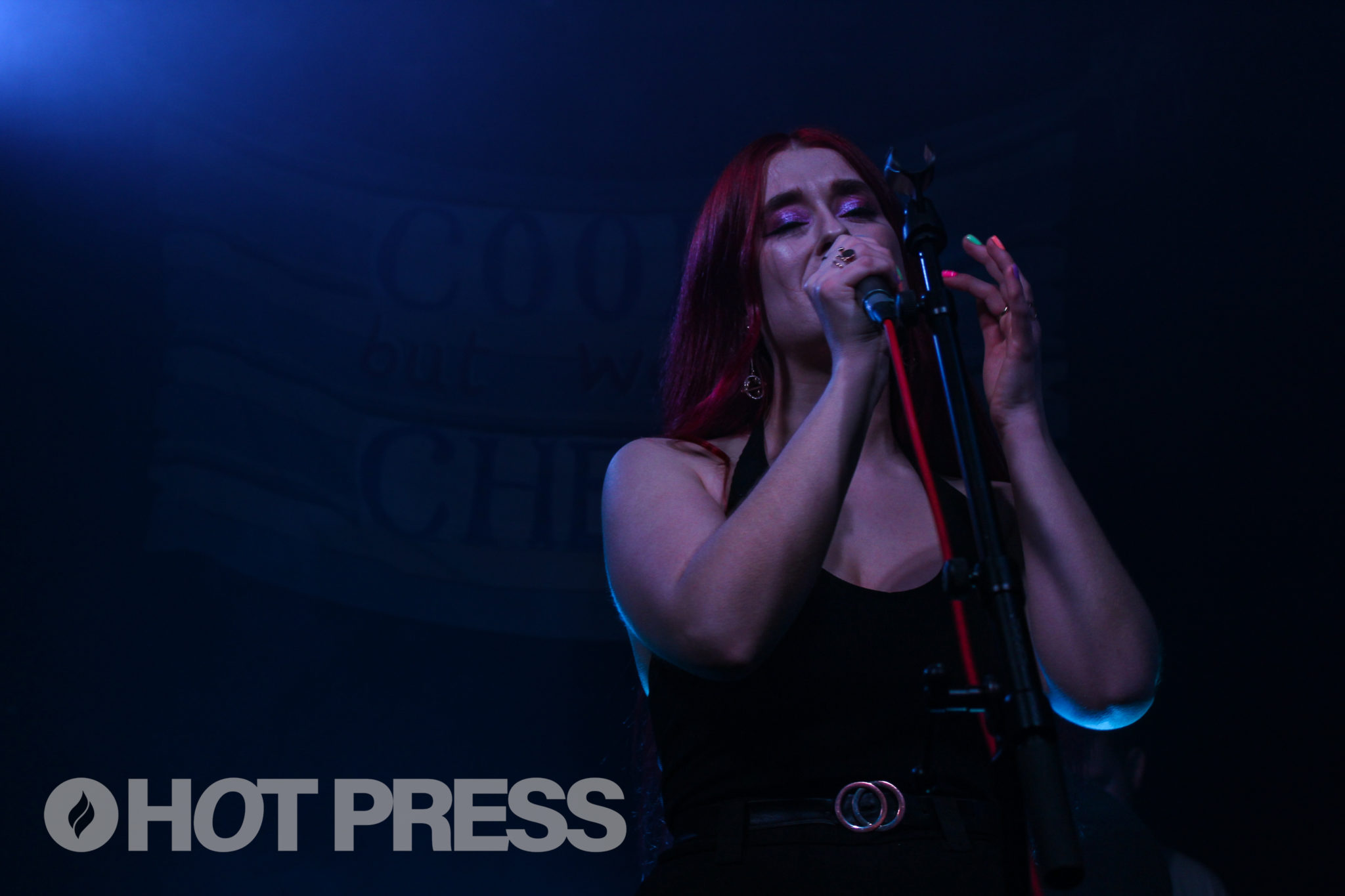 Cooks But We're Chefs' recorded works are incredible in themselves — but this is a band that has to be seen live. Building the atmosphere note by note and track by track, they transformed The Grand Social into a den of music, joy and vibes. Stepping out into the cool night air brought only one thought: when can I see them again?

100 Voices #AllAgainstRacism: Methembe – "I would love it if there were more projects for the kids in direct provision, for them to play music and get more involved in the arts"
New Irish Songs To Hear This Week
In The New Issue: Hozier Graces The Cover As We Unveil The Results Of The Hotties 2020