Bedroom-pop queen Clairo enchants the crowd at the Academy with angelic vocals and mellow pop tunes.

It's Clairo's second time at the Academy. This time, she sold out the Dublin venue twice – a testament to the success of her debut album Immunity. "That was the craziest show we ever played", she recalls at one point – and seems determined to make this night as memorable as last time.

Her debut album is full of cleverly-written, intimate and mellow bops. Clairo's live show is no different. Her performance is relaxed, but always in-the-moment. Her delicate voice paints a beautifully emotional atmosphere, circling around notes and changing up rhythms to highlight the immediacy of the lyrics.

Particularly touching is the rendition of 'bubble gum' which she starts off alone with her electric guitar. She means every word she sings, and completely gets lost in her own world during the song.

There are a lot of moments like these when Clairo seems out of touch with the audience – but not in a bad way. The crowd admires her from afar while she gets entangled in her own beautiful vocals, words and thoughts. 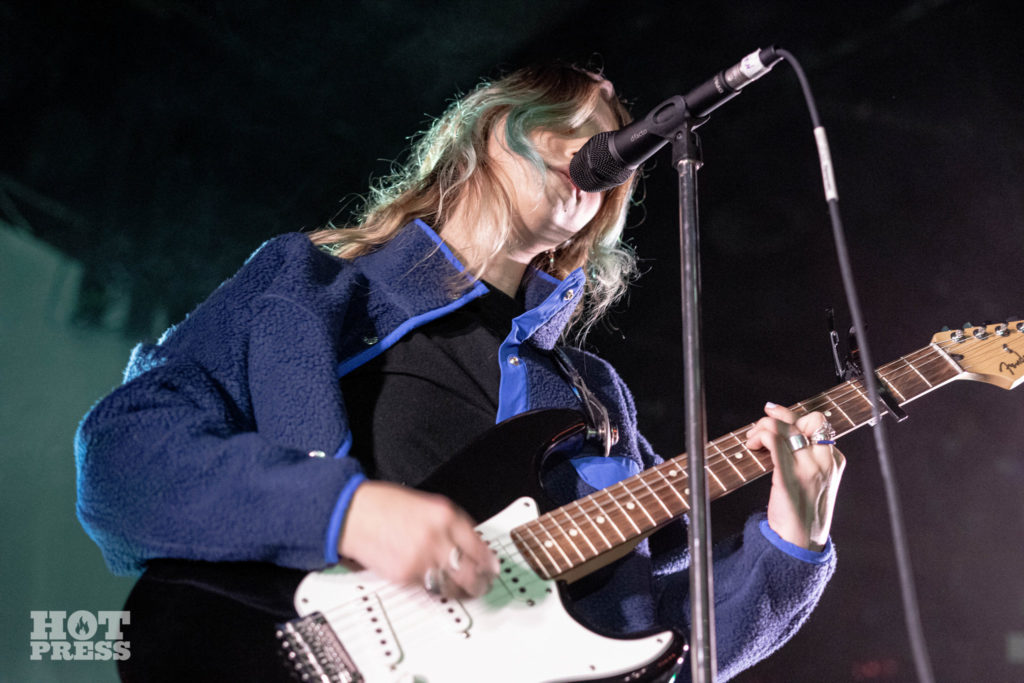 But there are also songs that connect artist and audience on a more traditional level. During 'Drown' (a collaboration with fellow bedroom pop artist Cuco) and 'Closer To You', the crowd scream out the lyrics. 'Forever' as well as 'Sofia' even get the people dancing and jumping around. There's a mutual understanding between Clairo and her fans.

Sometimes this connection seems to get interrupted though. When Clairo sits down on the floor to sing the touching 'I Wouldn't Ask', someone in the audience keeps screaming. "This is supposed to be emotional", she laughs. After a while, the crowd finally falls silent, allowing Clairo's calming voice to fill the room. It's a beautiful moment when the audience joins in on the song to replace the children's choir of the recorded version.

Before Clairo leaves the stage for the first time, she has a special gift for her fans. Now alone on stage, she plays a new song that, with its beautiful melody, seamlessly fits in between her other heartfelt pop tunes.

She, of course, can't leave the Academy without playing 'Pretty Girl', the song that made her a household internet sensation. While the wonderfully cringey music video is played on the screen behind her, the singer dances around, barely singing – she leaves that to the crowd who would have drowned her out anyway.

Clairo's mellow bedroom-pop doesn't exactly strike one as perfect moshpit material, but leave it to the Bostonian to prove us all wrong. Turns out her most recent single with Mura Masa, 'I Don't Think I Can Do This Again', serves as the perfect soundtrack for the crowd to go wild. Encouraged by Clairo, a huge moshpit opens and takes up almost the whole standing area of the Academy. After a night of angelic vocals and vibey tunes, this was a welcome change and the perfect way to finish off the show. 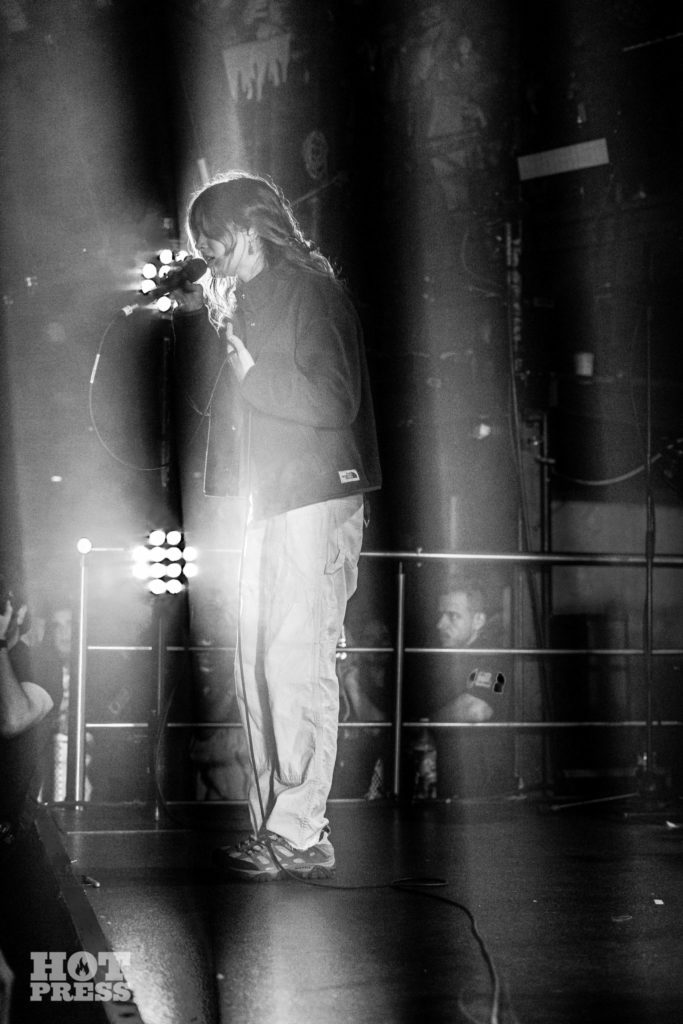 Clairo at The Academy. 9 Dec 2019. © Brenna Ransden
Share This Article: