Live Report: Malaki dominates at the Academy 2
Malaki at The Academy 2. 14 Dec 2019. By Brenna Ransden

Putting the nail in the coffin of any naysayers about Ireland's hip hop scene, Malaki dominated The Academy 2 on Saturday in a way that suggests we may have a star on our hands...

Ireland's days of being overlooked as a land barren of good hip-hop music are over. Last year, Kojaque sent shockwaves with his debut, Deli Daydreams, and Mango X MathMan's debut, Casual Work this year landed comfortably in Hot Press' top ten albums of the year. Needless to say, dozens of other artists have filled the gaps between, and developed one hell of a hip hop scene for Ireland. But the nail in the coffin of Irish hip hop naysayers is Dublin's latest and greatest. Behold: Malaki.

Headlining the Academy 2 on Saturday, Malaki's fans had less than a week to learn the words to his new EP, Butterfly Boy. With spoken word-style delivery over hip hop beats, this was no easy feat. But Malaki's cult following delivered on every single word of every single track.

Bouncing onto stage with 'Scumbag', Malaki's emotionally-charged delivery brought the crowd into his own universe – one that is intensely the antithesis of apathy, but simultaneously too cool to care. It's a theme that underlines each song.

“This next one goes out to the guys who are too cool to have fun,” he offers, before immersing himself back into the Malaki-verse in spoken-word-epic-turned-dance-bop 'Paper Prophecies'. 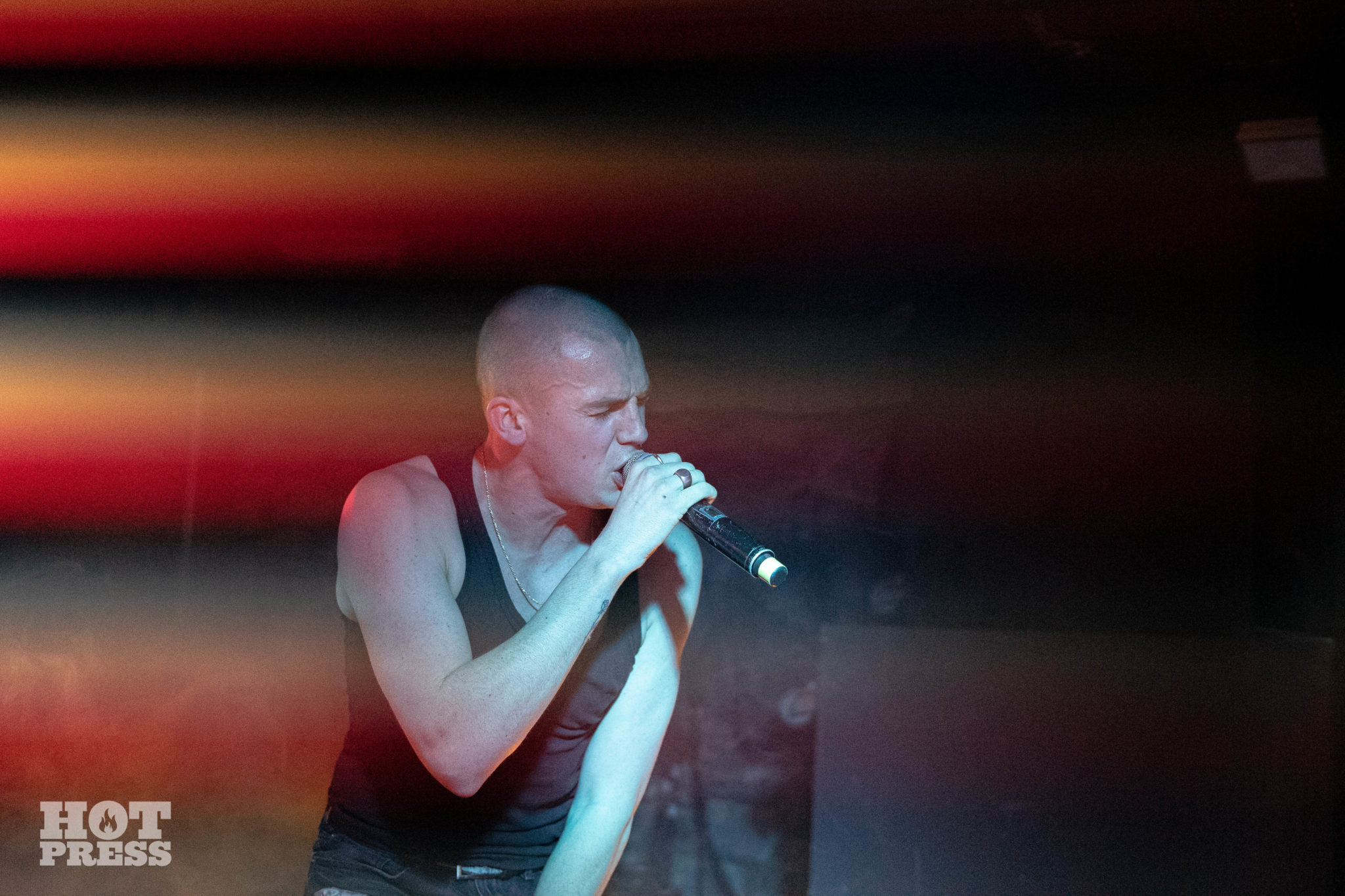 Speaking with Hot Press about his EP Butterfly Boy, Malaki explained: “The project illuminates the complexity of my relationship with Ireland, which I think is something a lot of Irish people share.

"On good days, it can inspire me; but among those days I can also find myself feeling anger, disbelief and a sense of hopelessness. The theme of my roots along with my rootlessness is something that also plays a strong role.”

It's clearly a relatable feeling, as the artist frequently greeted fans at the barrier to rap alongside them. At one point, he even cleared a circle in the middle of the crowd – no, not for a moshpit, but rather for an intimate acoustic moment. One song later, he was back in the crowd to surf. 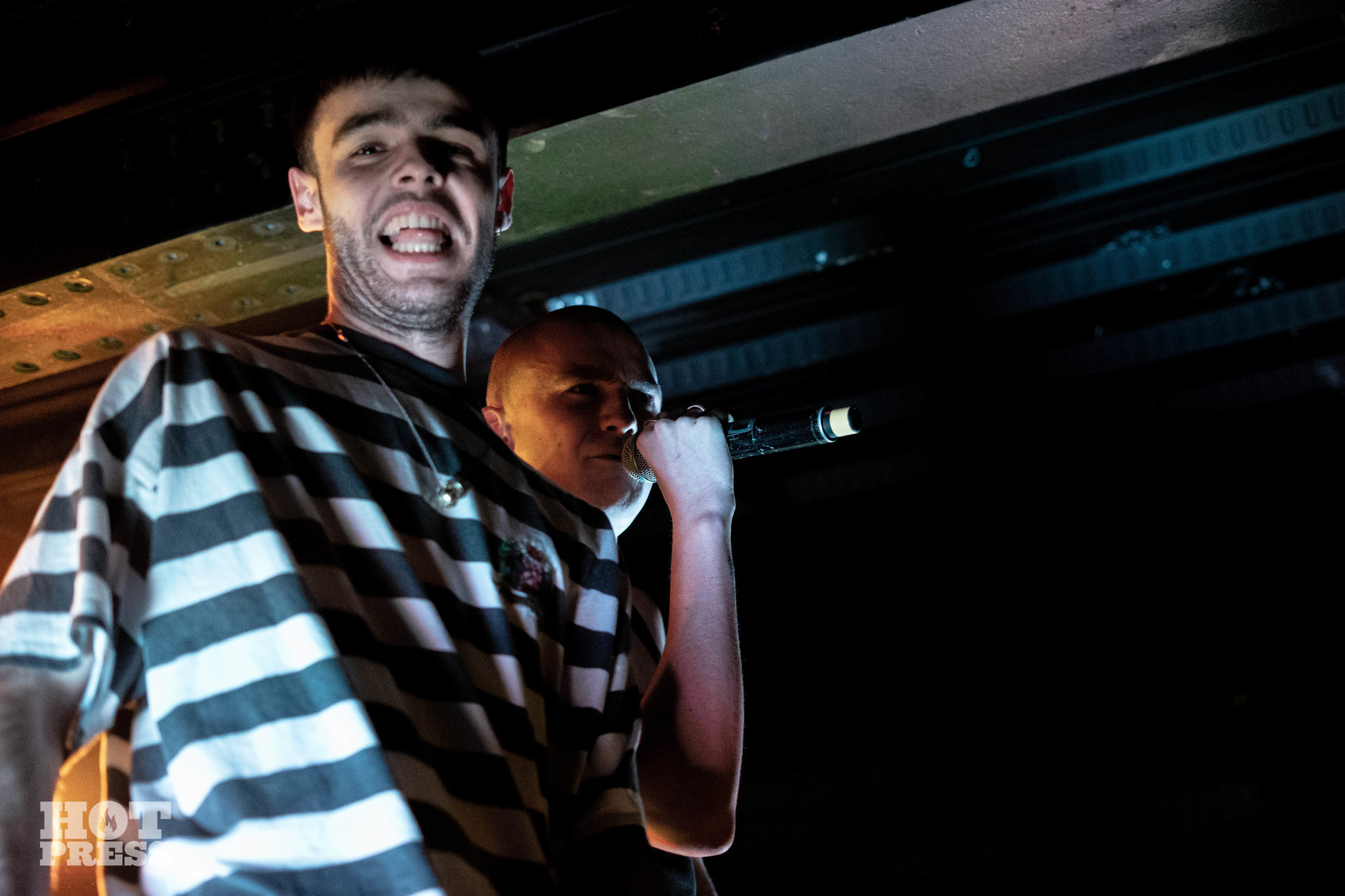 Flanked by his co-writer and seemingly best friend, the man endearingly known to the crowd as Matty Harris, Malaki grabbed the crowd by the balls and dragged them through each emotion, song by song. Energetic, empathetic, and excellent, Malaki's rumble is quickly becoming a roar.

He's already announced another headliner at Whelan's in March, so expect bigger and better things from him very soon.

Live Report: Clairo's mesmerising return to the Academy
Peter Hook Lights Up Dublin With New Order and Joy Division’s Finest
Live Report: TOUTS & Inhaler at The Academy Green Room, Dublin
Wild Youth's David Whelan: "We want to be the first band to represent Ireland in the Eurovision"
The Wombats' Dan Haggis: "The pandemic was a great time to be on a journey of self-love and acceptance"
Longitude's Rising Stars: Pa Salieu, ENNY, Knucks and more