For EFÉ, the recording project of 21-year-old Dubliner Anita Ikhar, her upcoming show at Longitude is way more than an exciting festival gig – it’s the realisation of a dream.

“I’ve wanted to do this for so long,” she enthuses. “Going to Longitude when I was 16, I remember thinking to myself, ‘One day I’ll be on that stage.’”

Ikhar has been seeing a lot of wishes come true, lately. With one successful EP behind her and another ahead, a label contract with Platoon, and a recent support slot with JPEGMAFIA at his sold-out Dublin gig, 2022 to date has been quite surreal.

Signing to Platoon ahead of her sophomore release, an EP entitled Vitamin C, the artist has been able to seize on new opportunities and increased resources for the project. But one thing hasn’t changed.

“Most of the tracks were still made in my bedroom,” she laughs. “Platoon has a studio in London, and when they opened it up, I tried to go in and record some vocals, but I was immediately like, ‘No. I am too scared. I need to be in the comfort of my own home’. So I just went back to my bedroom.”

That’s not to say that we can’t expect exciting things from Vitamin C. Described by Ikhar as “a step up in terms of production, writing and overall vibe,” it explores new themes, new sounds and new ideas. If the few tastes we’ve seen so far, singles ‘Kiwi’ and ‘Lime,’ are any indicators, the upcoming project will be overflowing with EFÉ’s special brand of creativity.

Take the music video for ‘Kiwi’. A Wes Anderson-inspired tale of a girl who went camping and fell in love with a bear, the visuals are uniquely EFÉ – a weird, wonderful iteration of her vision.

“I just wanted a cool video,” she says. “I started brainstorming and then somehow it just came about; okay, cool. I want a bear. This girl is going to fall in love with a bear.

“I was watching Moonrise Kingdom and I thought, ‘Oh my gosh. This is literally the music video for ‘Kiwi’’. It was mostly in terms of the colour-grading of the movie, and certain shots that I really wanted to incorporate. I just wanted to bring my personality into the videos and add a little bit of fun and humour.”

Growing up in Dublin, EFÉ’s connection to Longitude stretches back farther than most. Seeing some of the biggest names in pop, rap and hip-hop grace the now-historic stage, the event has been an ever-present feature throughout her musical journey.

“I saw Kendrick Lamar at Longitude in 2016, and at the time he was my favourite artist, full stop,” she reflects. “I had lost all my friends – he was the headliner, so he went on really late – and I was by myself. I just started crying, watching him. I was surrounded by random people just sobbing. That’s a core memory for me. Crying at Kendrick.” 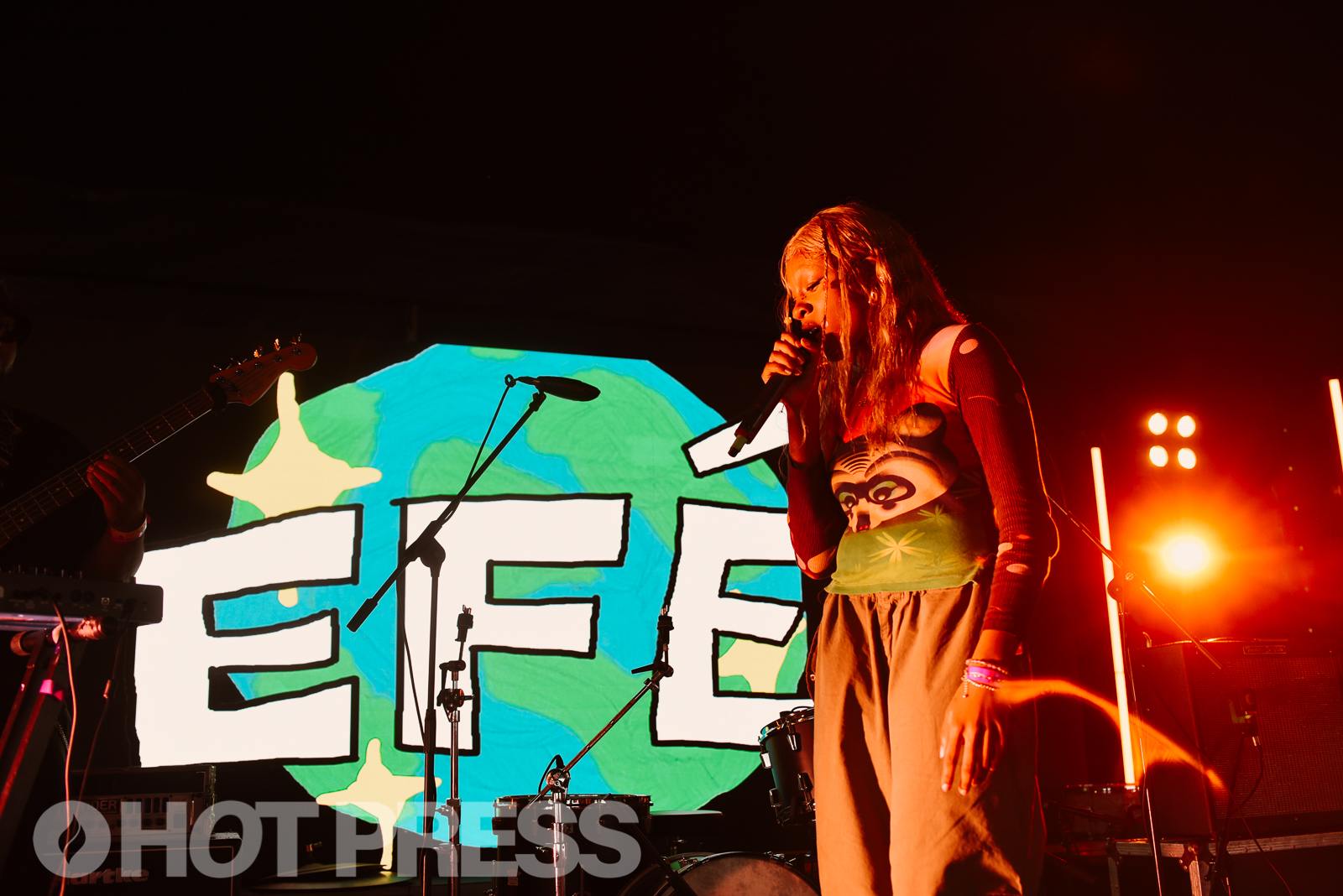 Now, looking ahead to this year’s festival, she can’t decide who she’s most excited to see.

“It’s so hard! Definitely Tyler, the Creator, because I haven’t seen him since 2016. Then probably, Coi Leray. Me and my friends used to listen to ‘No More Parties,’ like every day. And I love Baby Keem, so he’s up there as well.”

In terms of her own Longitude show, EFÉ isn’t giving much away – but one thing’s clear: expect the unexpected.

“I don’t want to spoil anything,” she says, “but I made a bunch of rap songs in 2018, just as a joke. And I posted them to my story, ages ago, with the caption ‘Longitude book me’. And I’m like, do I perform those? Just to pay homage. I think I have to! That’s probably why I got a slot.”

• EFÉ plays Longitude on Friday, July 1. Her second EP Vitamin C will be released in July, with a music video for ‘LIME’ dropping on June 14.

Read the full Longitude special in the new issue of Hot Press below.

Live Report: EFÉ steals hearts at Academy 2 show
New Irish Songs To Hear This Week
Album Review: Stormzy, This Is What I Mean