The latest show in the acclaimed Up Close and Personal series is out now on the Hot Press YouTube channel – featuring fascinating insights and performances from Damien Dempsey.

His iconic second album, Seize The Day (2003) – which marked the beginning of his musical partnership with producer John Reynolds – is the topic of discussion, as he sits down with Hot Press's Lucy O’Toole as part of an intimate show, filmed in The Grand Social, Dublin. As well as listening to treasured tracks from the project, featuring the likes of Sinéad O’Connor and Brian Eno, Damo treats the captivated audience to acoustic performances of live favourites like ‘It’s All Good’, ‘Apple Of My Eye’ and ‘Ghosts Of Overdoses’. 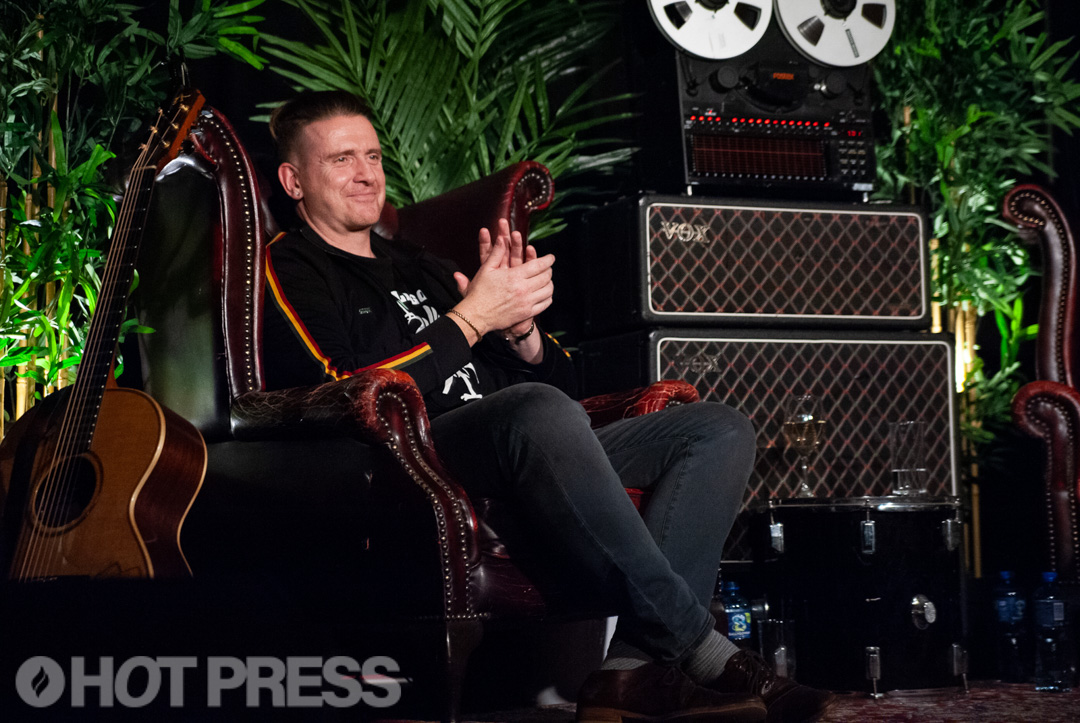 The latest show is the third of six, marking the halfway point in the series, which is being broadcast every Thursday.

Watch Up Close and Personal with Damien Dempsey on the Hot Press YouTube channel:

Album Review: SOAK - 'If I Never Know You Like This Again'
Live Report: Soulful Maverick Sabre electrifies Dublin's Academy
Colm Bairéad on An Cailín Ciúin: "I've never made anything that was completely in English. That’s borne of my upbringing – I have Irish and I love Irish"