Take a look at the new video from Janet Devlin below.

Following the release of her acclaimed new album Confessional earlier this year, Janet Devlin has returned with a music video for the record's powerful closing track, 'Better Now'.

Initially rising to prominence on The X Factor, Janet's new concept album Confessional debuted at No.1 on both the UK and Irish iTunes Singer-Songwriter charts, and coincided with the release of My Confession – the Co. Tyrone star's soul-baring book about her struggles with identity and alcoholism.

"Horses symbolise so much more to me than just a hobby," Devlin says of the video for 'Better Now'. "They symbolise a freedom and joy of my youth that I don’t know if it’s quite possible to attain as an adult. When I’m around horses, I’m able to be with those feelings and remember the best times of my younger years. Those years before the world got tough and I could trust people with all my heart. When life was as difficult as getting all my homework done, and the worst thing I’d done was accidentally erase my brother’s memory on his Xbox. Before I got my heart broken, or ever lost a loved one. A time before the hardships of my teens." 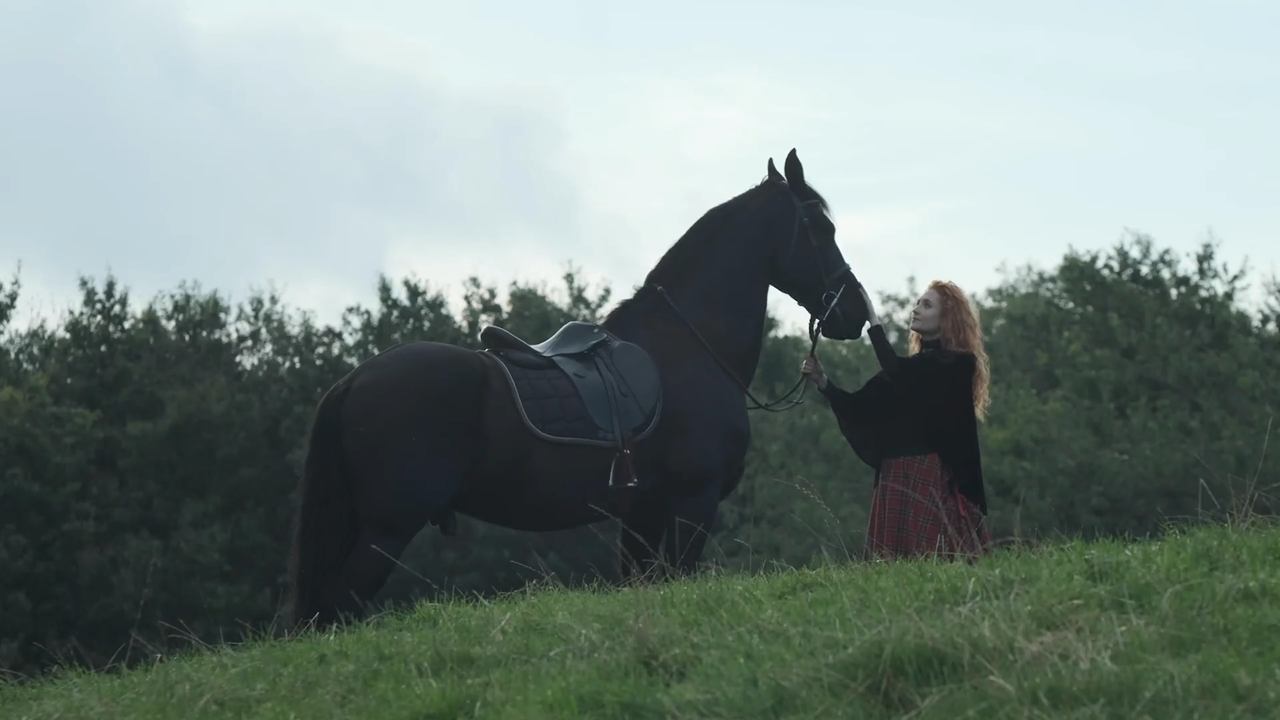 "I wanted to give 'Better Now' its chance to shine," she continues. "It's my favourite track off the album, and when thinking about how best to portray the meaning and emotion of the song, horses weren't far from my mind. They really capture the true power and grace of the song. For me, to make a music video in Ireland has always been a goal and so has doing a video with horses – so getting to do both at once was surreal, daunting but amazing.

"I was incredibly lucky that Katya was available and managed to convince Sir Franz and his horsemaster Alessandro to travel from Venice to Ireland! I had the best time filming it and what made the experience special was that it was set right back home where I grew up in Gortin. Every location was known to me, it was basically my back garden – my happy place. The fact I got to film with these beautiful creatures made it my absolute dream come true. The crew were hysterical, I seriously haven't laughed so much in ages – everyone was so creative, passionate and accommodating. And even the temperamental Irish weather decided to take a turn for the better and we had glorious days in which to film."

Take a look at the music video for 'Better Now', from director Katya Ganfeld and legendary cinematographer Sir Franz Pagot, below:

Hot Press Gift Guide: HiFi Hut's Pro-Ject Juke Box E
Deftones share chilled out remix of 'Teenager' by The Cure's Robert Smith
Live Report: Michelle Grimes on the Hot Press Lockdown Sessions’ Y&E Series
Competition: The Local Radio Takeover with The Hot Press Annual & Irish Women in Harmony
Track of the Day: Powerful Creative Minds - 'Hope is Good, Change is Real'
Irish duo Saint Sister share new single/video The Place That I Work featuring Lisa Hannigan
We use cookies to ensure you get the best experience on our web site - by using this web site you consent to our use of cookies. Read more »