Walking On Cars: "The Irish music scene is absolutely buzzing at the moment"
Walking On Cars at The Gibson Hotel. Copyright Miguel Ruiz.

Ahead of their headline set at NYF Dublin’s Countdown Concert, we spoke to Walking On Cars about their landmark year – including sold-out European tours, a major headline gig at Cork’s Irish Independent Park with support from Lewis Capaldi, and battling it out on the charts with Billie Eilish.

Capping off their final performance of the year with fireworks is a fitting way for Walking On Cars to celebrate the remarkable successes of 2019. Returning after two-and-half years, and a series of personal setbacks, with Colours, the hotly anticipated follow-up to their 2017 debut, Everything This Way, the Dingle band have firmly established their reputation as major pop players at home and abroad. Now, they’re set to ring in what looks to be another blazingly bright year, as the headliners of the New Year’s Festival Dublin’s Countdown Concert.

Now in its eighth year, NYF Dublin has transformed the city into one of the top European destinations for New Year’s. Walking On Cars are set to feature at the top of a star-studded bill, including Northern Irish indie-rock legends Ash, rapidly rising star Aimee and country-pop artist Lisa McHugh.

Of course, Walking On Cars’ hometown of Dingle has an impressive reputation for its own New Year’s Eve celebrations – though we’re sure the band won’t mind missing out on the countdown in Kerry just this once.

“Dingle’s always mental,” lead singer Pa Sheehy laughs. “Thousands of people squish onto the bridge back home for the countdown. But with Dublin, it’s going to be like multiplying that by 50. It’ll be mad – way bigger and louder.”

Between sold-out tours and major outdoor gigs, it’s been an eventful year for the band – particularly after the departure of their guitarist Dan Devane. As they continue to explore new sonic territory, there’s been no time to rest on their laurels. In between tour dates, they’ve already been back in the studio working on the follow-up to Colours.

“We left quite a long break between Everything This Way and Colours,” Sorcha Durham explains. “So this time around, we said, ‘You know what? Let’s just keep going.’ We want to keep on writing and releasing, and keeping up the momentum.”

Although initially somewhat distrustful of outside producers, the band gradually opened up to external influences.

“On our first record, we were afraid of bringing different elements into our traditional set-up – but in hindsight it worked out really well,” Pa notes. “For the second album, we were a little bit more comfortable, and this time, we’re going back to basics a little bit. But nothing has been mixed or finalised yet – so that could still all change.”

Colours also sees the band adapt to the loss of their guitarist by revelling in a new synth-heavy sound.

“We spent two weeks in Angelic Studios in the north of London, and they had loads of vintage synths,” Pa says. “For the whole album, Sorcha was all about the synths.”

“We had a ‘Synth Of The Day’,” Sorcha adds, laughing. “They had a room with layers and layers of synths, so we tried one out every day, just to see what the craic was. We ended up making a kick drum out of the MS-20.” 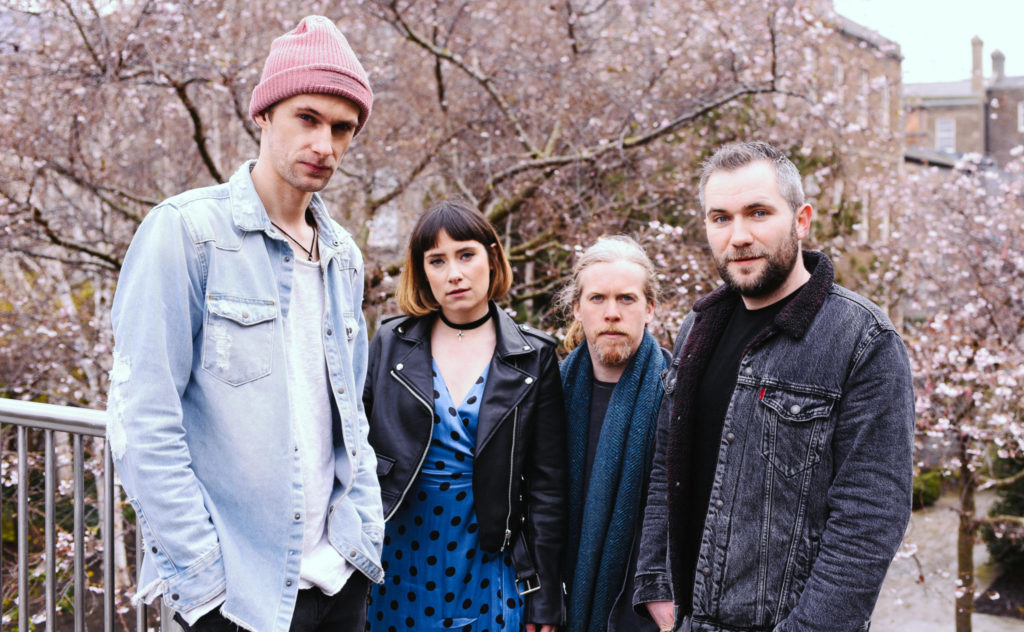 On its release back in April, Colours faced some tough competition in the charts – narrowly missing out on No.1 to Billie Eilish’s all-conquering When We Fall Asleep, Where Do We Go?

“The difference was something like 140 albums!” Sorcha smiles, shaking her head. “So it was very close. We were like, ‘But you don’t need it!’”

“We’re still going to hold a grudge, though,” bassist Paul Flannery adds with a cheeky grin.

Another world-dominating pop star on Walking On Cars’ radar is Lewis Capaldi – who supported the band at their sold-out show at Irish Independent Park, Cork this summer.

“We’d never played a gig on that scale in Cork before, so it was really special,” Pa nods. “Everything just fell together, and even the weather was great.”

“Lewis was gas,” adds Sorcha. “It’s insane to watch him perform, and see everyone in the crowd singing back every word of every single song, without fail.”

“My sisters and her friends came backstage, to say hello to him,” Pa continues. “She didn’t give a shit about me, it was all about him! They were chatting to him for about 20 minutes – and she was definitely going in for the shift at one stage (laughs).”

The band have also picked up an ever-expanding fan base overseas. How do they account for their massive success among the Germans?

“Germans just love Ireland and Irish artists,” Sorcha says. “It’s hard to know exactly why that is – the emotion, maybe. They connect with a lot of the lyrics and sentiments in the music.”

“We had a lot of crying on our last German tour,” she laughs. “But the fans over there are just amazing. In Munich, they printed out all of these signs with the album artwork and handed them out to everyone in the crowd. The signs just read: ‘Thank You’.”

“It’s intense,” Paul nods. “I was nearly crying myself.”

Picking up international accolades while still based in Kerry, Walking On Cars are helping to shift the old view that musicians need to leave Ireland in order to find success.

And with an exciting new generation of independent artists following in their footsteps, they reckon that the future of Irish music is in safe hands.

“It’s unbelievable,” Sorcha beams. “The Irish music scene is absolutely buzzing at the moment. Traditionally, you’d mostly hear about Irish bands – but now it’s broadened out so much, with hip-hop and loads of amazing solo female artists. I just love to see it.” 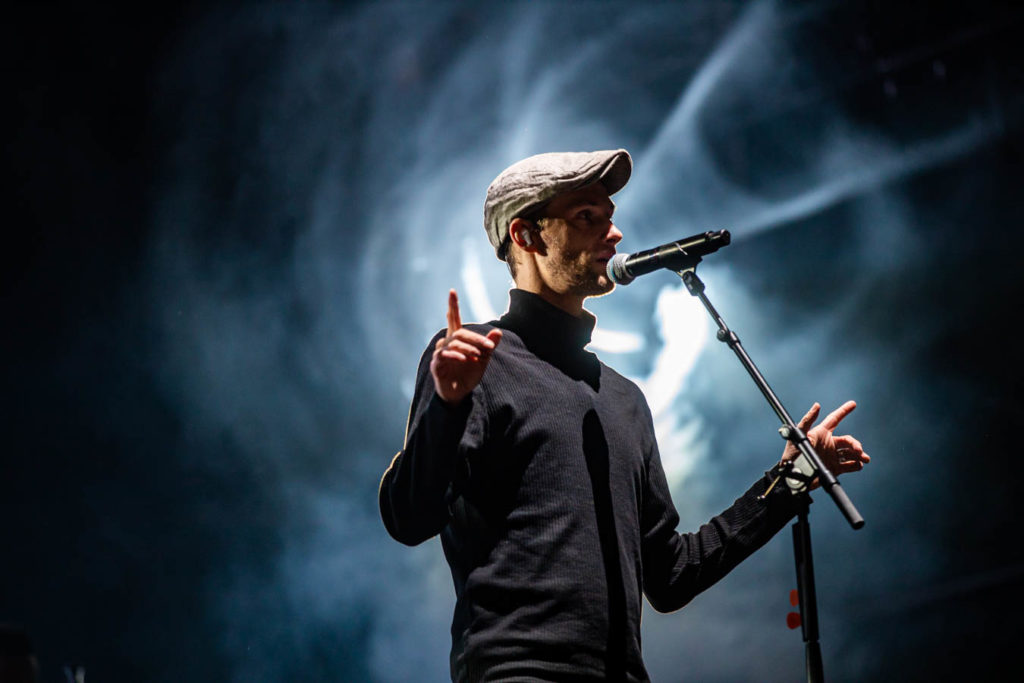 PREMIERE: Soulful hip-hop artist Walshy delves into honesty on 'Glass Case'
Aby Coulibaly, Malaki and Kynsy among first round of acts announced for The Road To The Great Escape
Hot For 2022 Irish Acts: Rosie Byrne
Rex Orange County returns with nostalgic video for new single 'KEEP IT UP'
Spotify agrees to remove Neil Young's music following Joe Rogan dispute
Kiefer Sutherland: 24 was one of the best crews I’ve ever worked with, and I think we made something great together"