The four-piece perform The Doors' classic hits 'Light My Fire', 'When The Music's Over', 'Riders On The Storm', 'The End', and many more. Tickets on sale Tuesday, October 25 at 10am.

Rock tribute act The Doors Alive, who are widely regarded as the closest and most enthralling representation of the legendary 1960's band The Doors, have announced a show at Dublin’s 3Olympia Theatre on Saturday, September 30, 2023.

Performing The Doors' classic hits 'Light My Fire', 'When The Music's Over', 'Riders On The Storm', 'The End', and many more, The Doors Alive effortlessly recreate the sound, look and presence of a real Doors concert. 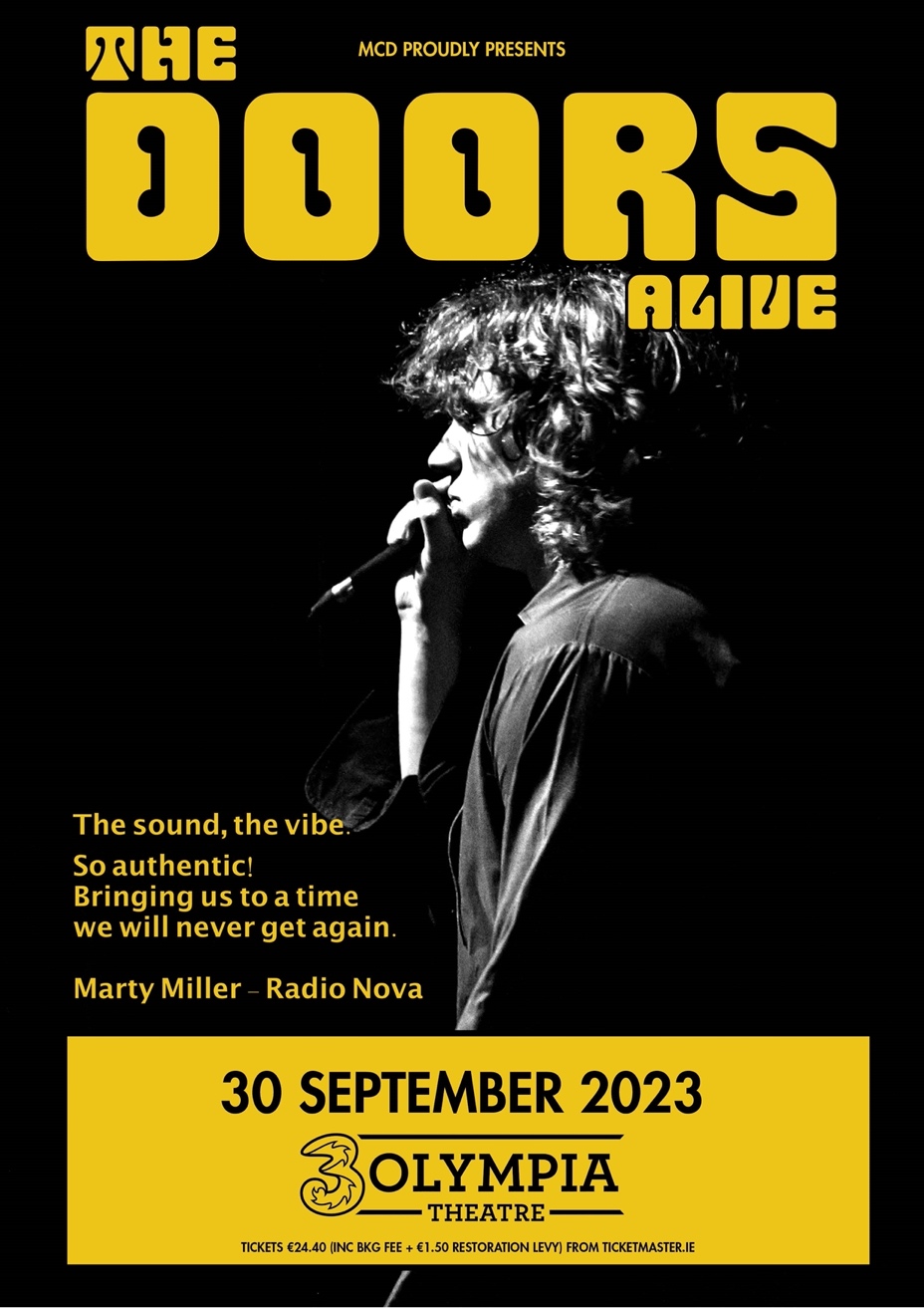 The Doors Alive have been transporting their audience back in time in over 1,000 shows since forming in 2005. The band's line-up has changed over the years but is said to currently be "the best it has ever been".

The four-piece use the same vintage equipment to achieve an authentic sound, including Rhodes Piano Bass, Gibson G101 organ, Gibson SG and Ludwig Mod Orange drum kit, and strive to make every single show unique by putting on authentic improvisations and changing the set regularly.

The Doors Alive have sold out some of the most renowned venues in Europe and have played at the legendary Isle of Wight Festival alongside the likes of Status Quo, Canned Heat, Nazareth, Uriah Heep, Manfred Mann's Earth Band, Eric Burdon and Kris Kristofferson. They have impressed audiences in countries around the world, including the UK, Ireland, Australia, Denmark, France, Belgium, The Netherlands, Germany, Austria, Poland, Slovenia, Malta, Greece, Turkey, Lebanon, UAE and Chile.

American rock band The Doors formed in Los Angeles in 1965. They signed with Elektra Records in 1966, and went on to release six studio albums in five years, including their self-titled debut in 1967, Strange Days in 1967, and L.A. Woman in 1971.

To this day, they are one of the most controversial and influential rock acts of the 1960s, and widely regarded as an important figure of the era's counterculture.

Get tickets to The Doors Alive at Dublin’s 3Olympia Theatre on Saturday, September 30, 2023 here.