Legendary agent Steve Strange recently passed away. Hot Press and a host of stars including Snow Patrol, Coldplay and more pay tribute to one of the best in the business. Portrait: Alex J. Berliner

If they ever made a Mount Rushmore for the Irish music industry, then you can safely bet all of the backstage passes in the world that Steve Strange would be a first ballot choice. The Carrickfergus born co-founder of one of the largest booking agencies in the world, X-ray Touring, was famous across the globe for having the best ears in the business and a heart of gold. His recent passing after a short illness is a huge loss for his family, friends, lovers of live music and everyone here at Hot Press.

Steve first cut his musical teeth playing drums for rock band No Hot Ashes, who were widely regarded as genuine contenders, when they were signedby Motorhead manager Doug Smith to his GWR Records label. But the stars never fully aligned for the hard rock upstarts.

Steve began to handle the booking for the legendary Belfast club the Limelight (his desk was famously located in the glamorous setting of the venue’s cloakroom!). From there, he enjoyed successful stints promoting shows at Prestige, MCD, Helter Skelter and more. In February 2005, he helped change the game when he formed a new, independently-owned agency with Ian Huffam, Scott Thomas, Jeff Craft and Martin Horne, dubbed X-ray Touring.

Over the decades to follow, Steve assembled a roster of acts that reads like a who’s who of heavy hitters. The likes of Eminem, Coldplay, Snow Patrol and Queens Of The Stone Age all signed up to work with him, and he become a beloved member of their extended families too.

When the terribly sad news came through that Steve had died, Snow Patrol penned a heartfelt tribute to their agent of over 20 years – and also dedicated a recent show in Manchester to his memory.

“Much more than just our agent,” they said, “he was part of our family and someone extremely dear to us. We are devastated at his loss. He had so many friends because he was so irresistibly loveable, positive, kind, passionate, generous, funny and sincere. Sincerity not always an easy thing to find in the business side of music (or any business for that matter), but Steve had it to spare.

“When Steve loved your band, there was no one loved it more. Steve had been with us from pretty much the start, and had guided us from tiny venues with a handful of people, for so many years, all the way to the biggest venues and festivals on the planet. He had believed in us before almost anyone else in the music industry did.” 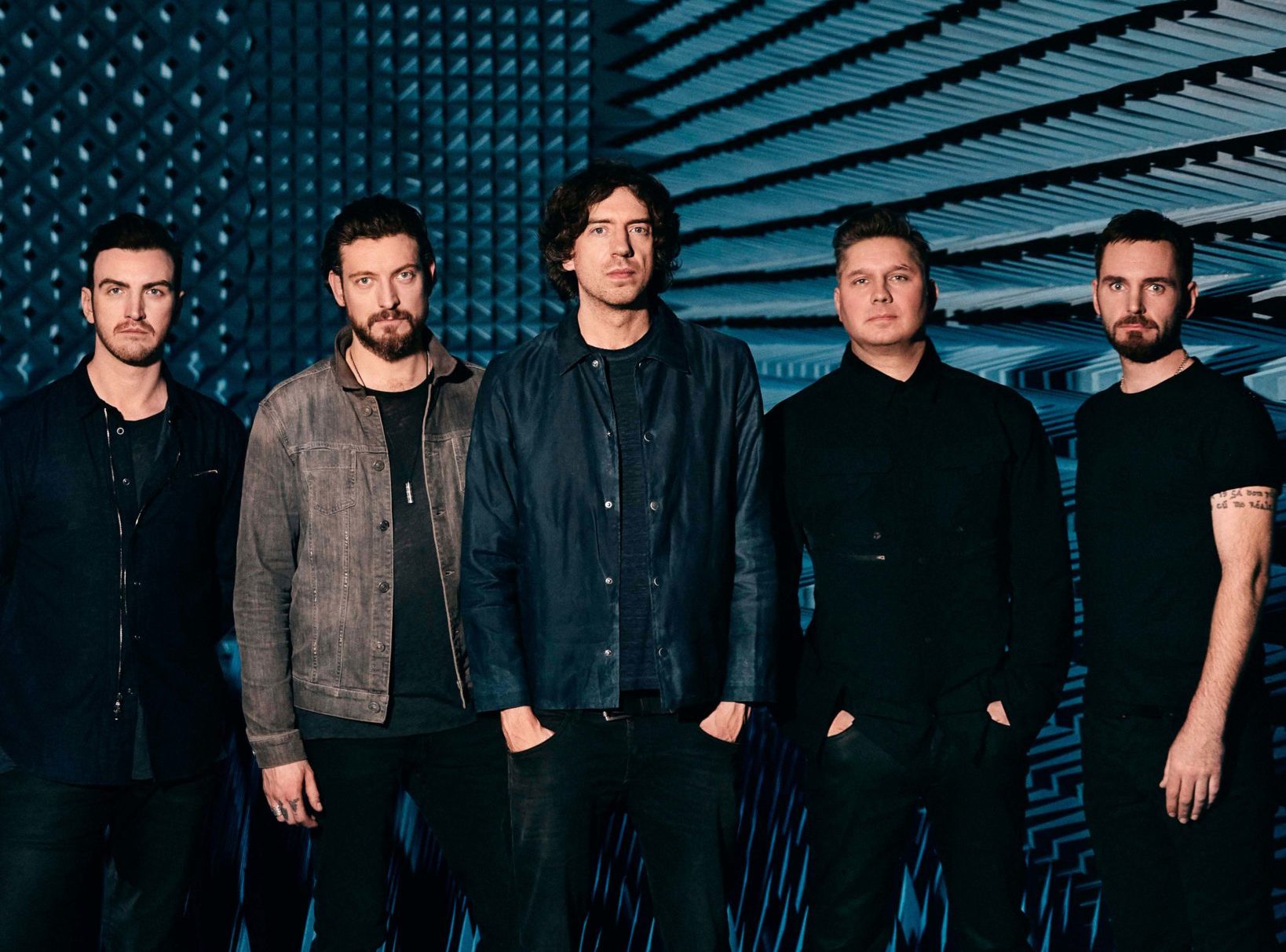 “[Steve was] a giant of the music industry and the cornerstone for so many bands’ and artists’ careers, including ours,” they commented. “Never afraid to talk straight and fight for his artists, you always heard him before you saw him – and you knew you were in for a good evening.”

Ed Sheeran described Steve’s passing as “a very sad day, and a huge loss”, and Black Sabbath’s Geezer Butler hailed him as a “Lovely bloke, great agent.” Tim Burgess from The Charlatans said of Steve that he was “One of life’s most gloriously upbeat people. You will be missed, celebrated and remembered so fondly.”

Closer to home, Steve was a champion of Irish music and took many fledgling acts under his wing. More often than not, the careers of his artists soared thanks to his guidance, with the likes of Ash and Kodaline crediting him with being a key architect of their success.

“Straight outta Carrick, he changed this business forever,” offered Ash in a group statement. “Our force. Our constant source. Our Shining Light. Miss you like crazy Strangey.”

“Steve signed us to his roster at X-ray Touring before we had even played a show as Kodaline,” they said, “and since then has helped guide and shape our live career. We wouldn’t be where we are without him and his hard work and belief in us, and for that we are truly thankful and forever in his debt. We love you Steve and will miss you!”

Ricky Warwick, the lead singer with Black Star Riders and Thin Lizzy, was also effusive in his praise. “I lost a dear friend, legend and fellow countryman,” he said. “I’m so sad. Steve Strange – I will miss that unmistakable infectious laugh, your positivity and kind heart.”

Before his sad passing, Strange had signed the powerful all-female Belfast rock trio Dea Matrona to his books, and the rising stars were clearly deeply upset at the heart-breaking turn of events.

“We are so sad to hear the terrible news of the passing of Steve Strange,” they commented. “We were one of his newest signings, and in every meeting we had, he brought enthusiasm and happiness into our lives. He was a down-to-earth legend, who really believed in our music. Steve guided us through the business and gave us the opportunity to play Reading and Leeds, as well as our first ever London show. These experiences are invaluable for a band like us just starting out.

“This is one of the many reasons why Steve was such a great guy,” they added, “as he always looked out for local acts to support and has done so much for the music scene in Belfast and beyond. He was one of those people who made the world a better place and will be a massive loss to the music industry. Thank you Steve. Rest in peace.” Their note was signed Orlaith, Mollie and Mamie – Dea Matrona. 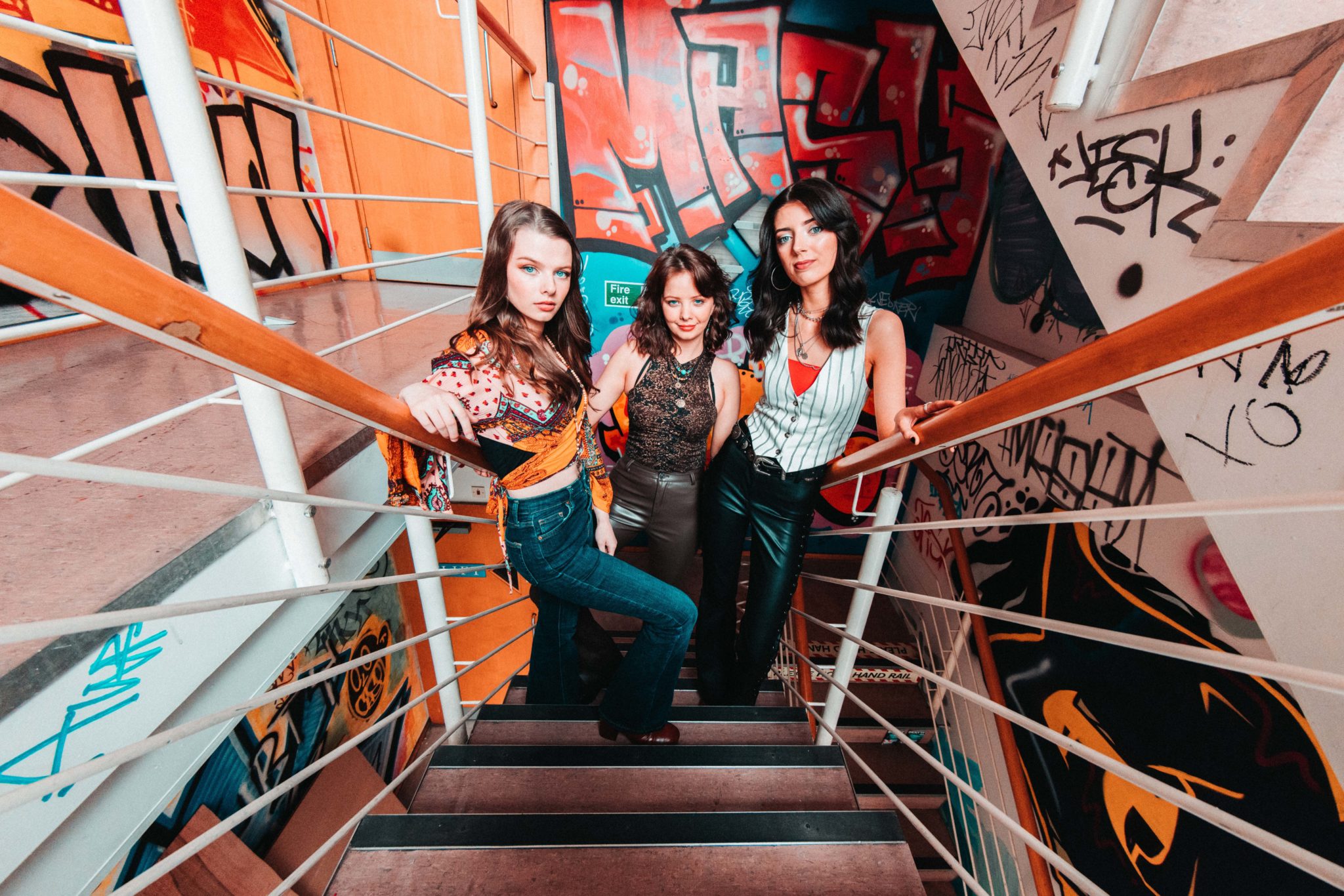 “I always found Steve Strange to be fun, supportive and protective of his artists,” Paul said. “And he was very helpful in breaking new acts.”

Those acts tended to stay with him.

“You can always tell the great agents by the length of their relationships with their artists,” Paul added. “Steve was never, ever anything but a gentleman – and the years he worked with the artists on his supreme rep list speaks volumes. He’ll be very sadly missed in both front of house and backstage.”

The statement issued on behalf of his colleagues at X-ray Touring’ was heartfelt and sincere.

“We have lost a legendary figure in our personal and professional lives that we will all deeply miss,” the statement said. “Steve was a unique individual within our industry. His overwhelming love of music led to a 30 year-plus career guiding the touring of an eclectic mix of artists from all genres of music that he adored.

“A universally known, hugely respected and loved character – if you hadn’t already seen him at a gig or festival, you’d most certainly hear his infectious and infamous laugh – Steve had the best ears in the agency business, signing and developing the careers of countless world-class artists, from small club venues to vast international multi-stadium tours.

“He will always be remembered with love by his friends & colleagues at X-ray and the world over.”

Of course, Steve was no stranger to us here at Hot Press, and our editor Niall Stokes also remembered Carrick’s favourite son.

“Steve Strange was a really great character,” he said. “He was genuinely larger than life and loved being involved in music. The fact is that he ended up operating at the highest possible level in a business where you have to be really good to do well.

“He was an industry legend, not just because he was great at his job, but also because he had a marvellous sense of fun and a proper devil-may-care attitude, which was highly infectious.

“I’d talk to Steve as often as I could. He was always on the lookout for brilliant new artists, and I encouraged him whenever possible to take new Irish artists on. But he also had a fantastic sense of what mattered – which is building an artist’s career in a way that will deliver their proper rewards to people of real talent, over a period of years.

“When you look at the status and the achievements of some of the artists he worked with – Snow Patrol, Eminem, Coldplay and Queens Of The Stone Age among them – you get a sense of just how well he achieved that objective on behalf of his clients, so many of whom were, of course, his friends.

“I remember calling him to ask him to participate in The Music Show in the RDS, a few years ago. He said ‘Yes’ immediately, even though it’d involve him in some mad flight-hopping to get from some far-flung part of the world at the right time. He was very generous with his time and with his advice. Steve will be hugely missed by everyone who knew him and who worked with him. And personally, I will miss the chats, the catch-ups and the laughs we always had when we spoke. It was time for a jam with Jimi Hendrix, I guess…”

Hot Press sends its deepest condolences to Steve’s family, friends and colleagues during this sad time.