Philip Lynott’s uncle Peter Lynott, councillor Vincent Jackson, director of Phil Lynott: Songs For While I’m Away Emer Reynolds and Hot Press editor – and author of Philip Lynott: Still In Love With You – Niall Stokes were in attendance at the unveiling of the plaque.

A Dublin City Council commemorative plaque was unveiled this morning at the house in Crumlin, Dublin, where Philip Parris Lynott, the late Irish musician, songwriter and lead singer of Thin Lizzy, grew up.

The plaque has been erected in his honour outside his childhood home on Leighlin Road, Crumlin today.

Among those in attendance were Philip Lynott’s uncle, Peter Lynott, who welcomed the decision by Dublin City Council and Universal Music Ireland to remember Phil Lynott, and to honour the great Irish singer, musician and songwriter in this way. Hot Press editor Niall Stokes, author of the acclaimed book, Philip Lynott: Still In Love With You, also spoke at the unveiling of the plaque.

“Philip Lynott was a truly magnetic figure,” Niall Stokes said, “and he was a legend all over Dublin, even when he was growing up. I remember seeing him on stage for the first time with Skid Row and – as the iconic first black Irishman of legend – he dominated the stage, even as a teenager, alongside great musicians like Brush Shiels, Gary Moore and Noel Bridgeman.

"It was no surprise when he went on to take the world by storm as lead singer and main songwriter with Thin Lizzy, delivering one of the greatest live albums of all time with Live and Dangerous, among a plethora of extraordinary albums and songs. And so it is really fitting – to coincide with the release of Emer Reynolds wonderfully warm and affectionate new film ‘Phil Lynott: Songs for While I’m Away’ – to bring it all back home by unveiling this plaque at the house here in Leighlin Road, Crumlin, where he was brought up.” 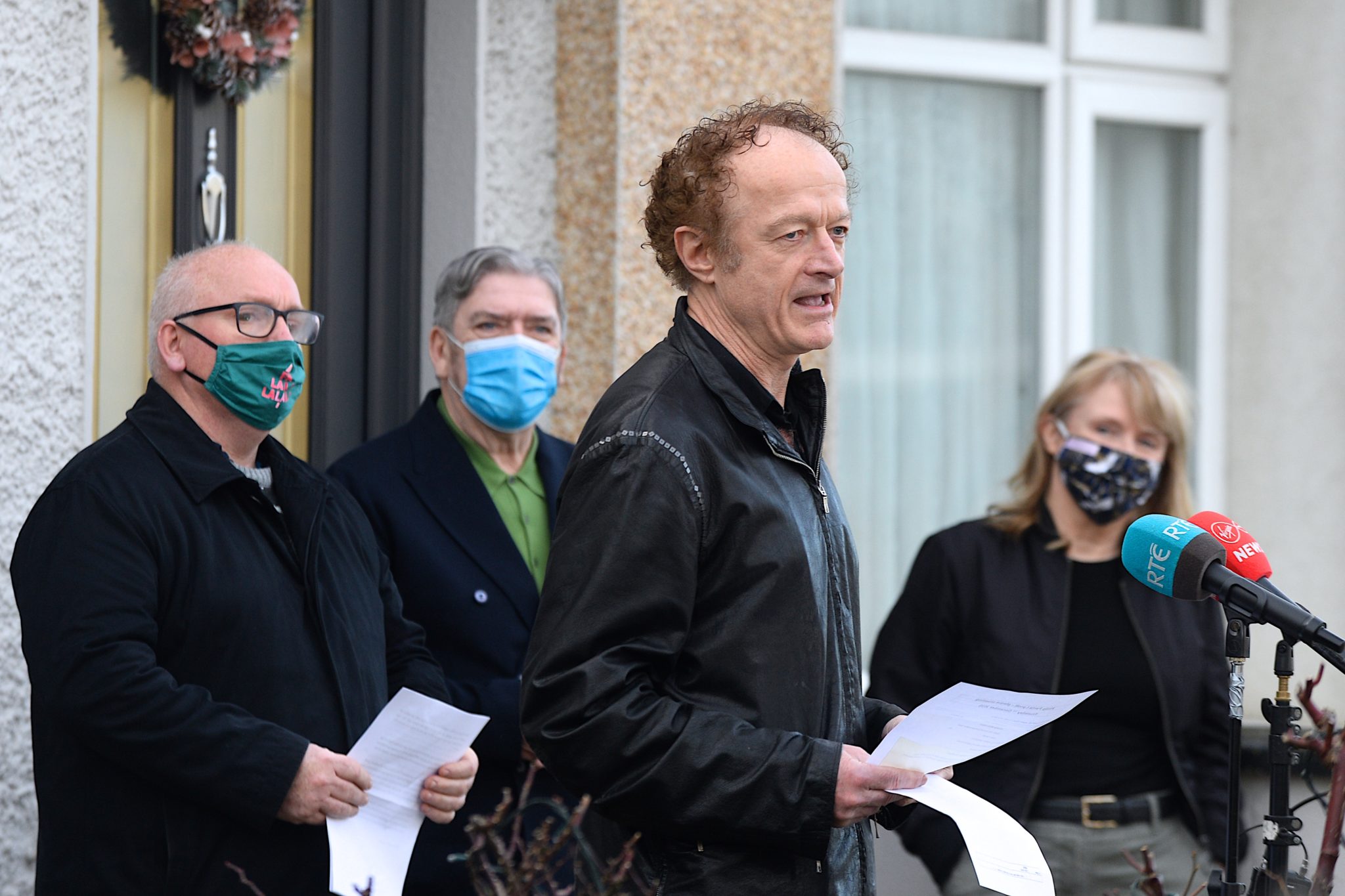 Speaking about the unveiling, Councillor Michael Mac Donncha, Chair of the City Council’s Commemorations & Naming Committee said: “The Commemorative Plaques scheme allows the City to formally commemorate people who have made a significant contribution to the life of Dublin. Through his music Philip Lynott brought happiness and joy to Dubliners and to fans all around the world. It is fitting that the City in which he grew up honours him with this commemorative plaque.”

At the unveiling, representing Dublin City Council, Councillor Vincent Jackson spoke about the sense of community pride – and the unfortunate impact of Covid-19. "Normally, we like to make an unveiling like this a special occasion for the local people, but sadly that's not possible on this occasion," Vincent reflected.

Phil’s uncle, Peter Lynott also said: “Who would have thought 65 years ago when Philo and I were reading comics on the bedroom floor, that a plaque would be going up outside this very house in memory of him. I am very proud of everything Philip achieved.”

“It is a real pity that Philip’s mother Philomena Lynott isn’t here to see this plaque being unveiled,” Niall Stokes added. "This is the house that she grew up in too – and there was nothing that she loved more than seeing Philip’s legacy celebrated."

January 4th, 2021 will mark the 35th anniversary of the late, great Irish singers’ death and coincides with the cinematic release of PHIL LYNOTT: SONGS FOR WHILE I’M AWAY, the feature documentary which is set to be screened in cinemas across Ireland from St. Stephens Day. Directed by the award-winning Irish director Emer Reynolds, it tells the story of how Phil Lynott – a young boy from working class 1950's Dublin – became Ireland's greatest Rock Star. 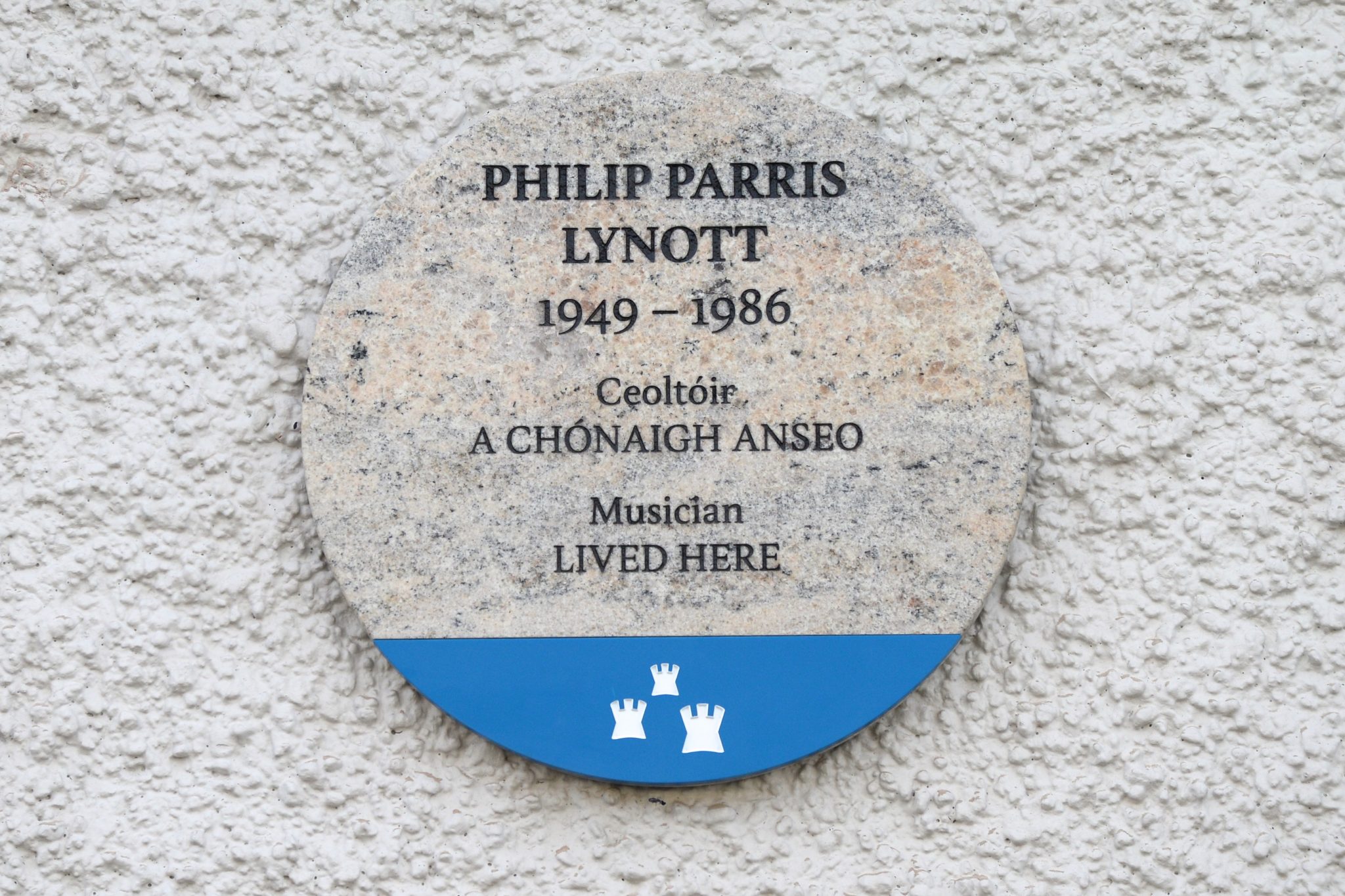