The Manchester Calling duo will be back in the country, following a superb show at St. Anne's Park in Dublin this summer.

Following the success of their 2020 album Manchester Calling, which went straight to number 1 in the UK, Paul Heaton & Jacqui Abbott are set to share their forthcoming album N.K-Pop on October 7.

Two singles from the LP have already been released - the poignant ballad 'Still' and the gospel pop song 'Too Much For One (Not Enough For Two)'. 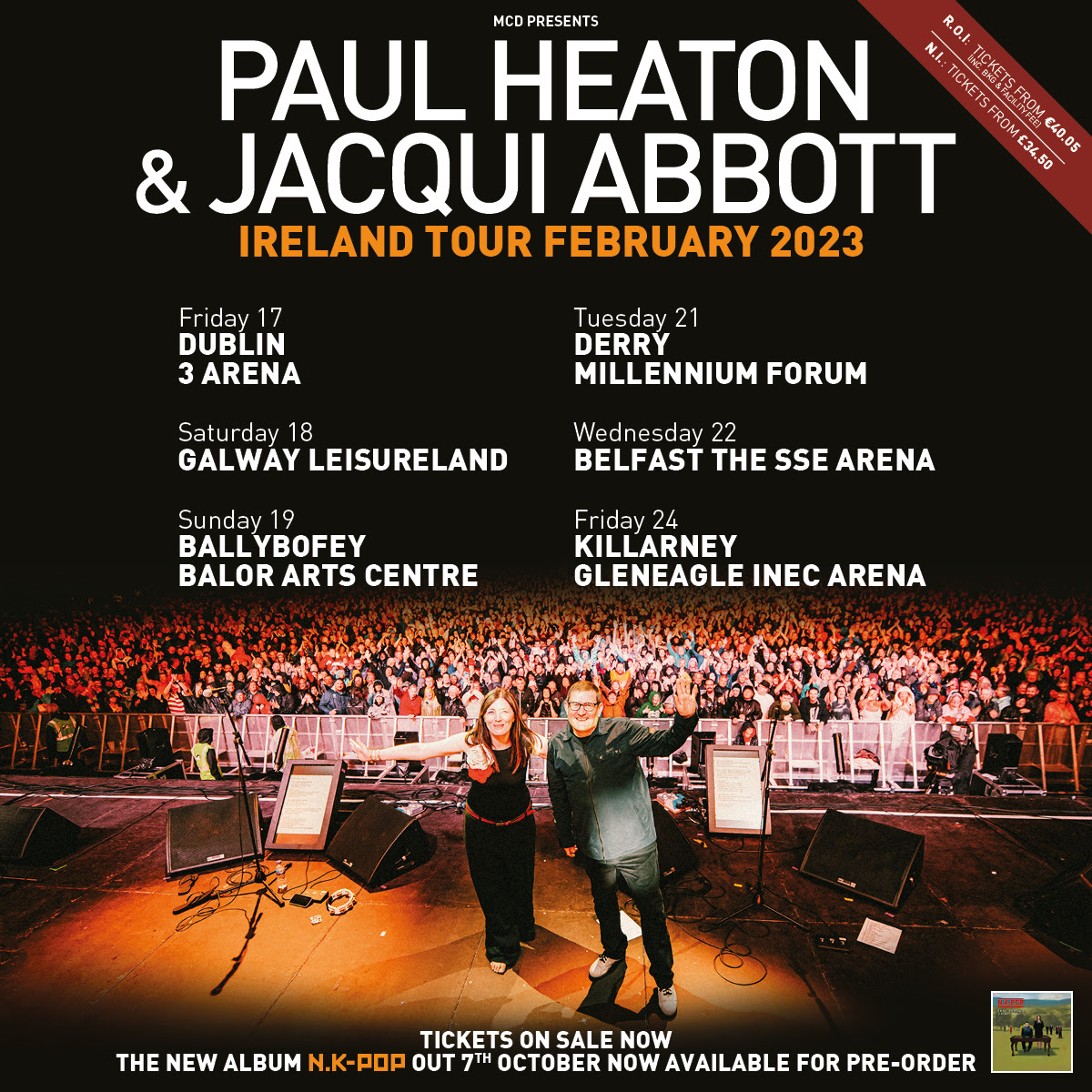 Paul Heaton, one of the UK's most successful songwriters with 15 million album sales under his belt, was recently presented with the gong for ‘Outstanding Song Collection’ at the prestigious Ivor Awards 2022 by author and radio DJ Stuart Maconie.

The artist first came to prominence in the early 80s as frontman of indie rock group The Housemartins. Following a long run with pop rock group The Beautiful South, who released ten hugely successful albums, he dropped his debut solo album Fat Chance in 2011, and went on to release two further solo projects, as well as a career-spanning compilation of his biggest hits, The Last King Of Pop (2019).

Jacqui Abbott was lead vocalist in The Beautiful South from 1994 to 2000 and sung on many of their signature hits, including 'Rotterdam', 'Perfect 10', and 'Don’t Marry Her'.

The duo first teamed up in 2011, when Heaton wrote the musical The 8 th, based on the Seven Deadly Sins, and asked Jacqui Abbott to sing one of the parts. They have since released four acclaimed albums, What Have We Become (2014), Wisdom, Laughter and Lines (2015), Crooked Calypso (2017) and Manchester Calling (2020).

Paul Heaton & Jacqui Abbott will kick off the Ireland leg of their tour at Dublin's 3Arena on February 17, 2023.

Get tickets from 10am on Friday, October 7 here.

See the all Irish tour dates below:

Live Review: Sigrid turns Dublin's 3Arena into her personal dancefloor
Florence & the Machine announce rescheduled 3Arena Dublin date
On this day in 2015: U2 capped off their sold-out run of Dublin shows on the iNNOCENCE + eXPERIENCE Tour