Minister Josepha Madigan was among the representatives debating Ireland’s future position on arts at the National Campaign For The Arts’ hustings.

Tempers and passions flared at NCFA’s National Arts Hustings in the Project Arts Centre this morning, as representatives from Fine Gael, Fianna Fáil, Sinn Féin, the Green Party, the Labour Party, the Social Democrats and Solidarity-People Before Profit debated the future course of the arts in Ireland.

With just over a week to go until the general election, the panel, moderated by Hugh Linehan, presented their party's position on arts and funding – before opening up the floor to what proved to be a lively session of audience questions.

Minister for Culture, Heritage and the Gaeltacht Josepha Madigan, who has increasingly come under fire for Ireland currently having the lowest state funding for the arts per capita in Europe, was the first representative to speak – repeating Fine Gael’s commitment to doubling arts funding by 2025.

Wexford candidate Malcolm Byrne stepped in for Niamh Smyth at the hustings, and outlined Fianna Fáil commitments on the arts, while calling for a sustainable arts policy that will guarantee the independence of the sector. He also stated that Fianna Fáil will not be committing to doubling funding for the arts.

Sinn Féin Senator and musician Fintan Warfield committed to increasing Arts Council funding and bringing in a living wage, while the Labour Party's Rebecca Moynihan argued for broader investment in artists. Claire Bryne of the Green Party discussed the importance of arts in education – calling for the incorporation of STEAM as well as STEM into the curriculum. She also repeated the Green Party's proposal to restore funding for the Arts Council to its pre-recession levels. 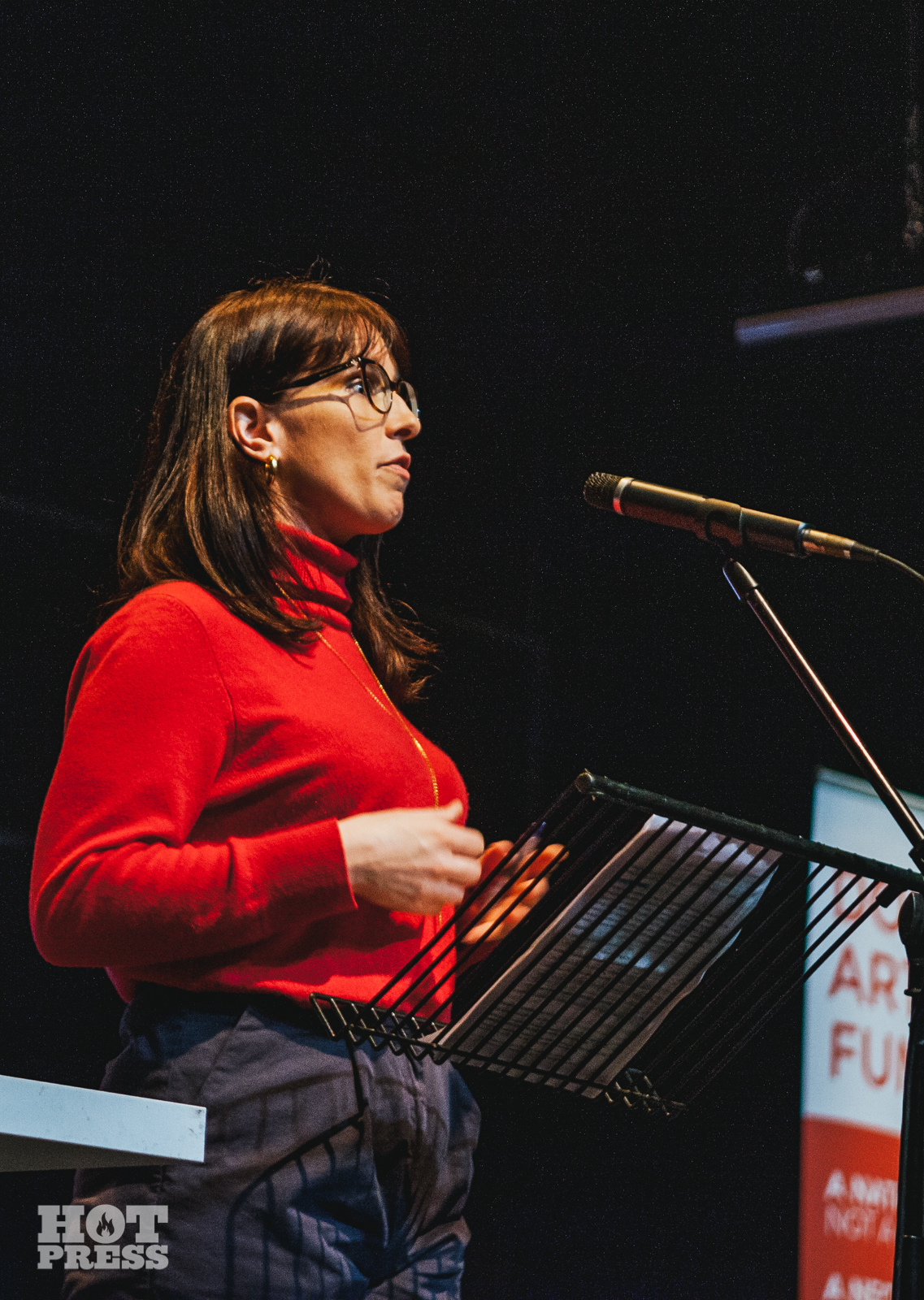 Richard Boyd Barrett also called for arts funding to double, following cuts by successive governments and a lack of investment in the sector.

The final speaker, Sarah Durcan, arrived fresh from the launch of the Social Democrats manifesto, and similarly supported NCFA's calls to double funding for the arts – aiming to bring Ireland in line with the European average.

See our full report on the hustings, featuring interviews with individual members of the panel, in the next issue of Hot Press.