Contemporary music ensemble Icebreaker will perform a reworking of Brian Eno’s Apollo, alongside film sections from Al Reinert’s 1989 memorable documentary For All Mankind.

On July 20th, it will already be half a century since humans first stepped on the moon during NASA’s Apollo 11 lunar mission.

To mark the anniversary of such an historical event, the National Concert Hall is merging documentaries and music into one on July 23rd , as part of its Summer Series.

Icebreaker, a 12-piece contemporary music group founded by James Poke and John Godfrey in 1989 will lead the event by performing a revisited version of the album Apollo: Atmospheres and Soundtracks, composed by Brian Eno, Roger Eno and Daniel Lanois in 1983.

Arrangements of Scott Walker's Epizootics, MBE Anna Meredith, Chicago footwork artist JLin and of Gavin Bryars' The Archangel Trip will also be played by the post-minimalist group during this very special performance. 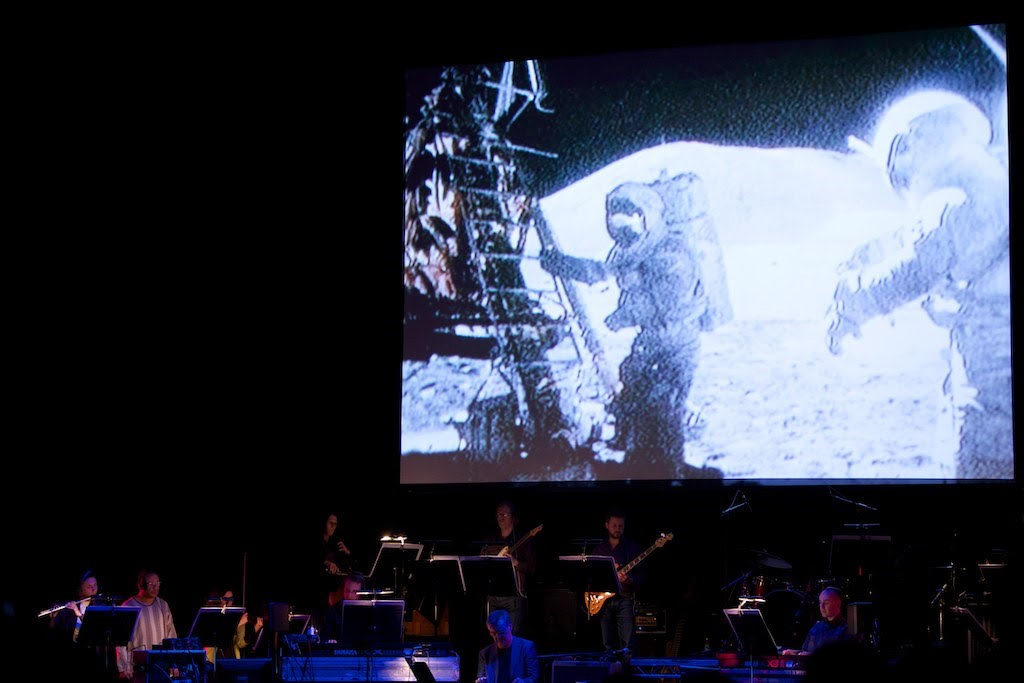 Courtesy of the NCH

Icebreaker, praised by David Bowie, had already been invited to play this music, back in 2009 at the London's Science Museum, to celebrate the 40th anniversary of the moon landings.

The acclaimed ensemble has a unique approach to contemporary music thanks to a special combination of guitars, electric strings, pan-pipes, keyboards, saxes, accordion, drums and percussion, and a distinctive amplified sound.

Their upcoming performance at the NCH will accompany film sections from the documentary For All Mankinds, featuring 35mm footage of the Apollo moon missions.

The experiences of Apollo crew members and mission control staff will also be played over original mission footage, alongside scenes of the Earth viewed from space, offering extra invaluable insights into such an incredible part of history.

PREMIERE: Swimmers Jackson shares video for new single 'Birthday Girl'
The Waterboys release sassy new single 'The Soul Singer'
Derek Ellard ends four-year silence with electrifying new single ‘Equal To Or Greater Than'
Ciaran Lavery to play the Hot Press Lockdown Sessions' Y&E Series tonight
Steve Van Zandt on Rory Gallagher: "What’s most important to future generations was his unyielding dedication to Blues music"
IDLES share video for new single 'A Hymn'
We use cookies to ensure you get the best experience on our web site - by using this web site you consent to our use of cookies. Read more »