Heading to Longitude next weekend? The festival organisers, An Gardaí and Dun Laoghaire-Rathdown County Council met up today to issue crucial information about security arrangements, policing, traffic management and more.

Festival Republic’s Melvin Benn, MCD’s Justin Green, members of An Garda Síochána and Therese Langan of Dun Laoghaire-Rathdown County Council (DLRCC) appeared at a press conference at Marley Park, Rathfarnham this morning, to share crucial information with the public ahead of next weekend’s Longitude festival.

Superintendent Ian Lackey from Tallaght Garda Station, responsible for the overall policing of the festival, urged festival-goers to use public transport if possible, and to respect the local area and its residents.

“There is a no alcohol policy, so if people arrive with alcohol it will be taken off them with powers under Section 21 of the Public Order Act,” he said. “We used that to good affect last year. When people arrive, they will be asked to go straight to the concert site, once gates have been opened. There will be no congregation allowed outside.”

Superintendent Lackey noted that the festival, while will be policed by over 200 Gardaí on duty each day, will result in a number of road closures. A full traffic plan will be circulated on the Garda website and social media.

He also encouraged people to check their tickets before arriving at the festival, after a number of people who bought tickets from unauthorised sellers were left disappointed last year. Ticketmaster is the official ticket outlet for the event.

"For those who have got a ticket, they can expect an incredible weekend," said Melvin Benn, the CEO of Festival Republic. "It would have been hard to believe seven years ago that Longitude would build into such an important and influential festival in Dublin. It really has caught a mood for a key section of Irish young people. It's among the hottest tickets in the country."

DLRCC's Therese Langan expressed the council's excitement to play host to Longitude at Marley Park once again, and discussed how the festival also gives back to the local community.

"The council has used the revenue generated by the concerts to invest in Marlay Park and the wider environs," she said. "Indeed, you'll see we're laying down a new football pitch at the back of Marlay Park, which has been funded by this revenue."

Justin Green, MCD's Director of Public Relations and Marketing, was also eager to stress the gig industry’s hugely positive contributions to both Irish culture and the Irish economy.

“Within four months, one million tickets have been sold for MCD outdoor shows,” he said. “That in itself will generate half-a-billion euros into the wider economy. Of that one million people attending these events, 200,000 of them will travel from overseas. They’ll travel from a 126 countries in total, and they will result in 930,000 bed nights. They’ll also maintain and secure the 11,500 jobs in the live entertainment industry in Ireland.”

There are a limited number of weekend tickets still available for Longitude, but the festival is expected to be fully sold out by next week. This year's festival takes place from July 5-7, and features headliners Stormzy, A$AP Rocky, Cardi B and Future. Gates will open at 1:30pm each day. Backpacks, large handbags and umbrellas will not be permitted. 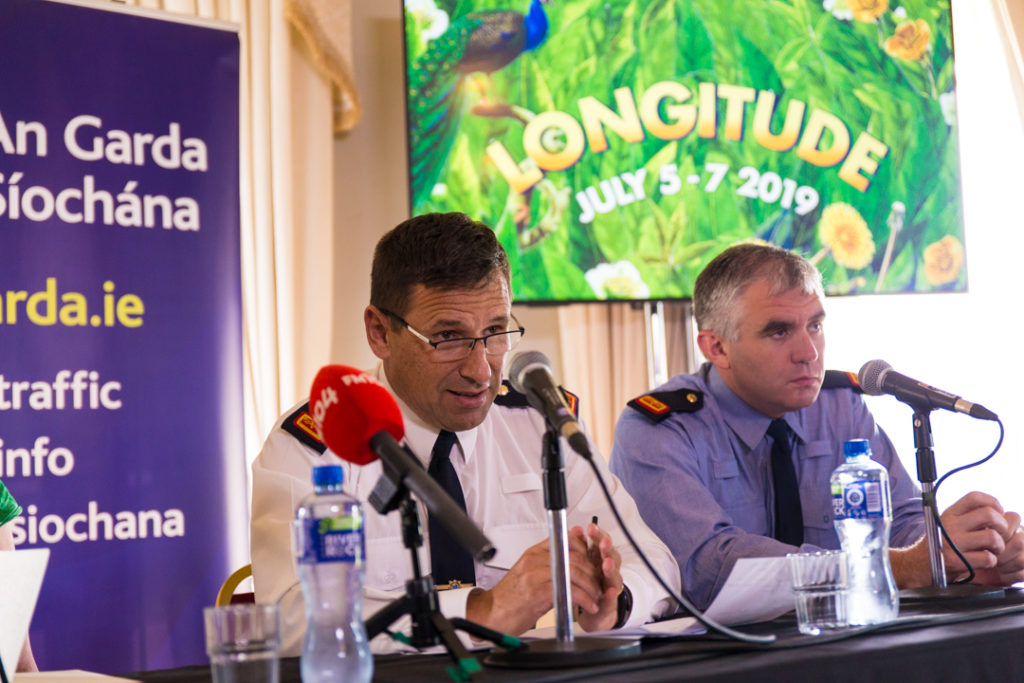 Ireland’s Brendan Graham Joins Forces With Quincy Jones For Global Piano Recital of 'You Raise Me Up'
WATCH: This is what Danish singer Mads Langer's drive-in gig looked like this month
President Michael D. Higgins Dedicates Poem to The Late Singer Mary McPartlan

Lana De Rey doubles down on controversial Instagram statement
Dagny talks the art of a good pop song, new EP and quarantine
READ: Louise Nealon pens debut novel teaser as Snowflake is snapped up by the makers of Normal People
Beoga interview: On their new mini-album Carousel
LISTEN: Lady Gaga and Ariana Grande share 'Rain On Me'
PREMIERE + Q&A: Christian Cohle shares 'Ghost'
We use cookies to ensure you get the best experience on our web site - by using this web site you consent to our use of cookies. Read more »