Paul Linehan of The Frank And Walters played a moving set at Judge Roy Beans as part of the Summer of Music programme, supported by the Department of Tourism, Culture, Arts, Gaeltacht, Sports and Media. Photo: Ray Keogh.

With a glimmering disco ball hanging overhead and a healthy supply of dry ice billowing from underneath, Paul Linehan of The Frank And Walters ran through over 20 years of the Cork band's sprawling catalogue at Judge Roy Beans in Newbridge, Co. Kildare.

With Rowan vocalist Dylan Howe accompanying Linehan for the evening, they opened with a nostalgic ballad of heartbreak. Linehan strummed his acoustic guitar as Howe sprinkled some beautiful lead guitar melodies over the arrangement.

Linehan’s enigmatic stage presence brought the show to life as he talked about horses, his lopsided flask from Pisa and how a gambling addiction “isn’t about winning the money — it’s just about trying to be right for once in your life.” 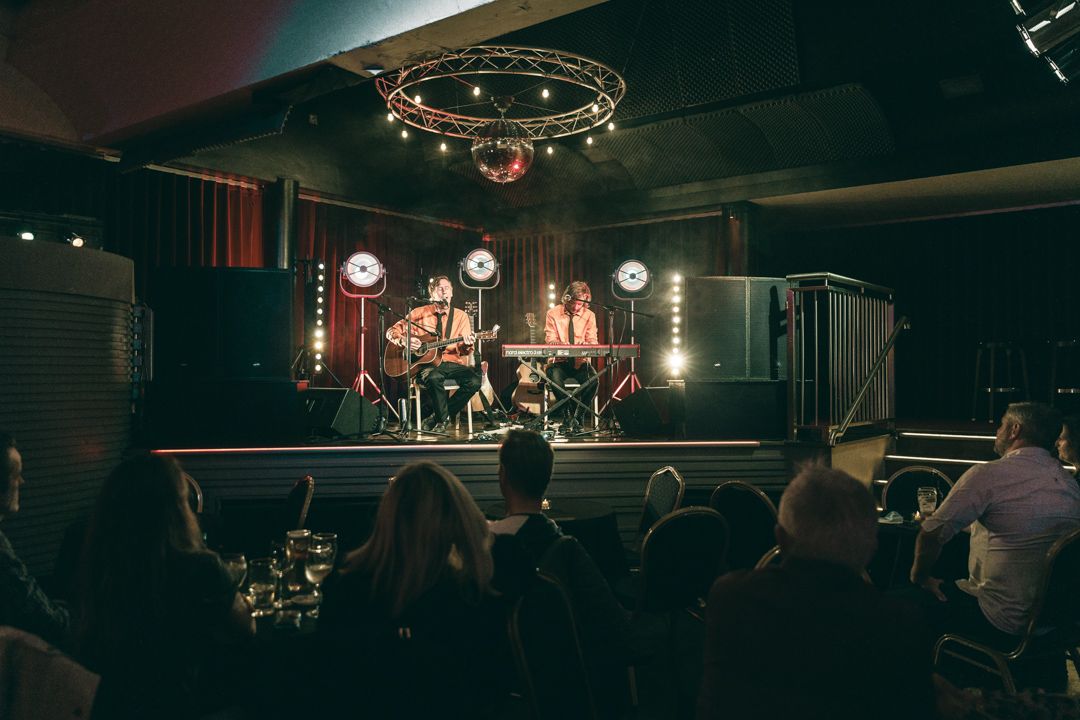 The songwriter made the crowd a central element of his performance as he talked and joked with them to create an easy and relaxed atmosphere. It added to The Frank And Walters set even more as the singer entertained the audience with his sarcastic persona and quick wit.

Dylan Howe was exceptional as he provided accompaniment on keys and guitar. The musician also supplied backing vocals on the night where Linehan mentioned Howe’s band Rowan had secured a recording contract with an American label.

The Frank And Walters sauntered between song and story as the audience were treated to live renditions of some of the band’s recent songs and old crowd favourites.

The duo played ‘Each Tree,’ the palpably emotional ‘Goddess Of Athena’ and ‘Stages’ which features Cillian Murphy — however the actor was only present on tape for this performance.

Linehan jokingly threatened to play six versions of his hit ‘After All’ but not before he broke into a couple of other classics. ‘Tony Cochrane’ was a highlight early on in the show and was followed by ‘We Are The Young Men’ and ‘Fashion Crisis Hits New York.’ 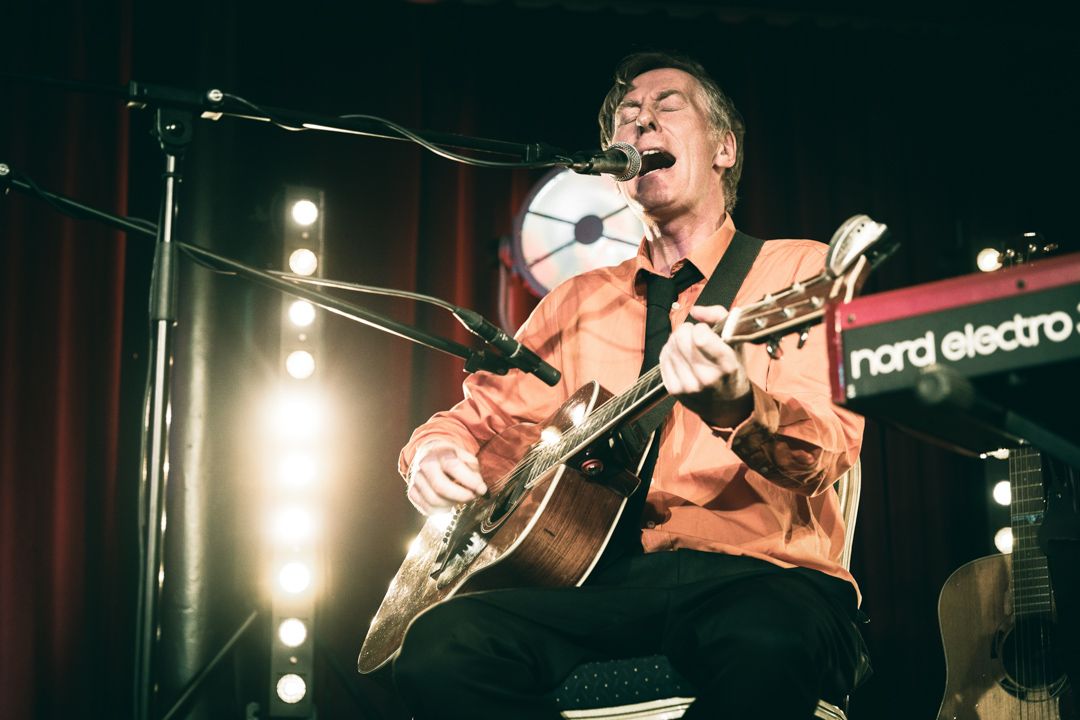 One stand-out moment of the night was ‘Lately,’ taken from the band’s third album, 1997’s Grand Parade. Linehan revealed that when using a four track recorder he played the band’s hit from Trains, Boats and Planes ‘This Is Not A Song’ backwards. The result was ‘Lately.’

The pair then played ‘After All’ but without the six renditions that Linehan had joked about. After one final song The Franks  made their exit with the crowd wanting more. Overall, a fantastic evening.

You can view more photos from The Frank And Walters' set at Judge Roy Beans here. Highlights from the show will be posted on Hot Press' Youtube very soon.

WATCH: The Frank and Walters perform 'Goddess of Athena' at Judge Roy Beans
Guests at Nothing Compares: A Celebration of Irish Women Artists (Photos)
Live Report: Nothing Compares – Brigid’s Day celebrated in Naas with star-studded night of music