Bord Gáis Energy Theatre witnessed a uniquely powerful performance by Hopkins and his accompanying musicians, as part of his Polarity Tour 2020.

As the piano cadence became more feverish, a guitarist, violinist and cellist joined in – their symbiotic melodies smoothly merging together. Suddenly, the sounds became strident and distorted to an extent which became nearly uncomfortable. But that is precisely where the magic happened last night – in the sometimes abrupt yet perfectly balanced contrast which this whole performance seemed to encapsulate. 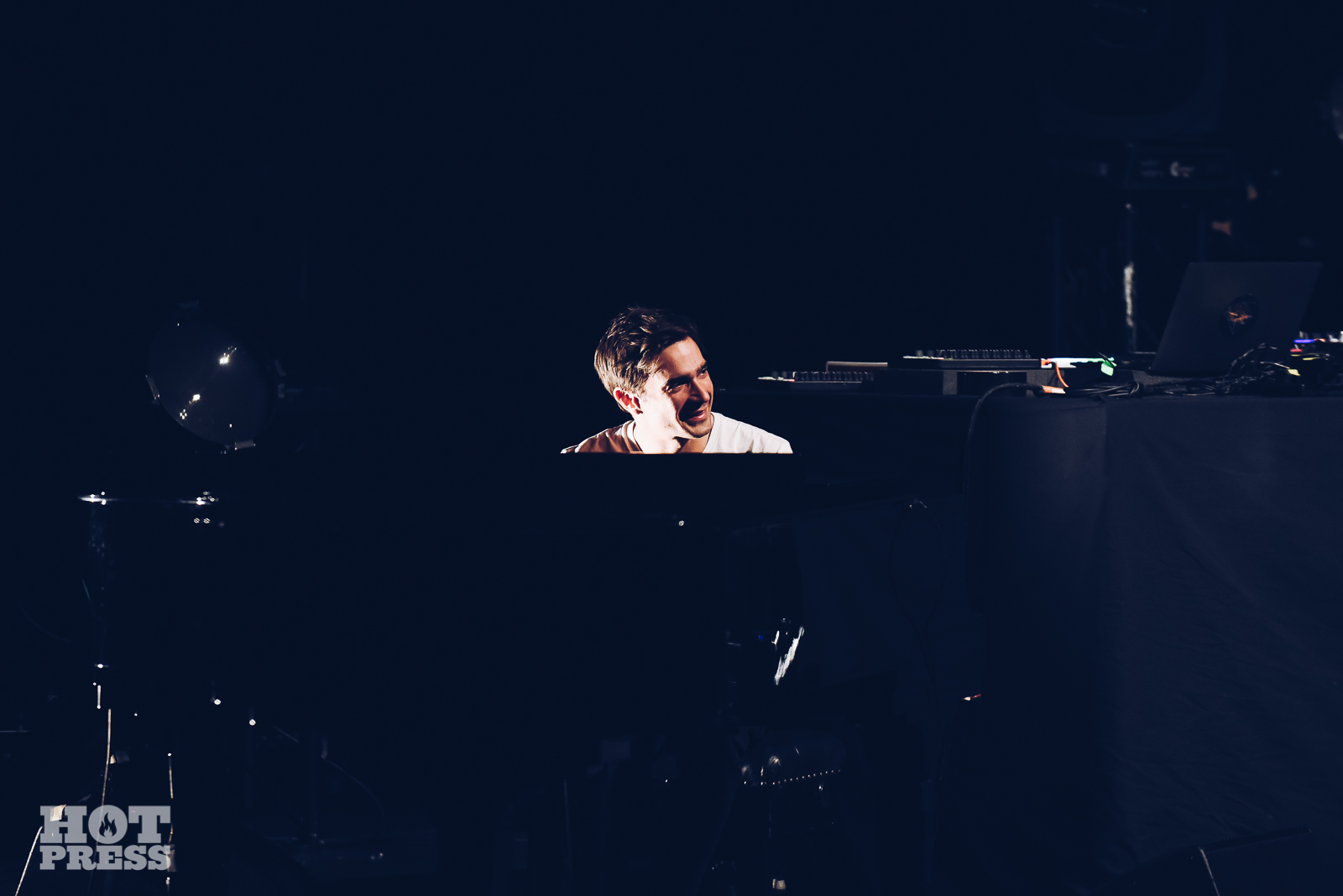 Like the anticipation of being taken on a rollercoaster ride, there was no way of knowing what was coming next. As the intensity of the music had reached a first harsh peak, the theatre suddenly fell silent again before it started to resonate with more ethereal melodies. Regularly hopping from the grand piano onto his electronic setup, Hopkins followed up with heavy kicks which sent the crowd into a frenzy.

On many occasions, the joyful audience jumped out of their seats and danced passionately, before sitting back down again, transfixed by yet another switch to more incredibly textured, hypnotic sounds. By the end of the show, a palpable energy had filled the room. Unsurprisingly, the audience cheered for more. Hopkins delighted them with several more uplifting, organic-sounding tunes before a breath-taking grand piano finale.

Live Report: And In The End with The Bootleg Beatles & The UCD Symphony Orchestra, Bord Gáis Energy Theatre, Dublin
RTÉ Concert Orchestra to take their Leonard Cohen show to Bord Gáis Energy Theatre
Blade Runner Live is coming to the Bord Gais Energy Theatre
Jamie Cullum Announces UK And Ireland Tour For March 2020
David Gray announces Ireland and UK tour
The Proclaimers announce an Irish tour in September
We use cookies to ensure you get the best experience on our web site - by using this web site you consent to our use of cookies. Read more »