The Atlanta rapper with the pipes to match his pen game brought bars to the Olympia Tuesday night that we're still unpacking.

Midway through his concert Tuesday night, J.I.D brought the entirety of the Olympia Theatre to a hush with an announcement that never fails to make rap fans pipe down and pay attention.

“I’m going to play an unreleased song now,” the Dreamville rapper revealed, bending towards his clamouring fans as the stage lights behind him dimmed to a midnight blue. “I’ve never done this one in the States, so you guys gotta promise me you won’t record it.”

Per J.I.D’s instructions, anyone caught with a phone out was to be instantly and publicly outed, and the song would stop then and there. It was a tall order for a venue packed with diehard teenage fans, many of whom had clearly memorised the rapper’s lyrics. 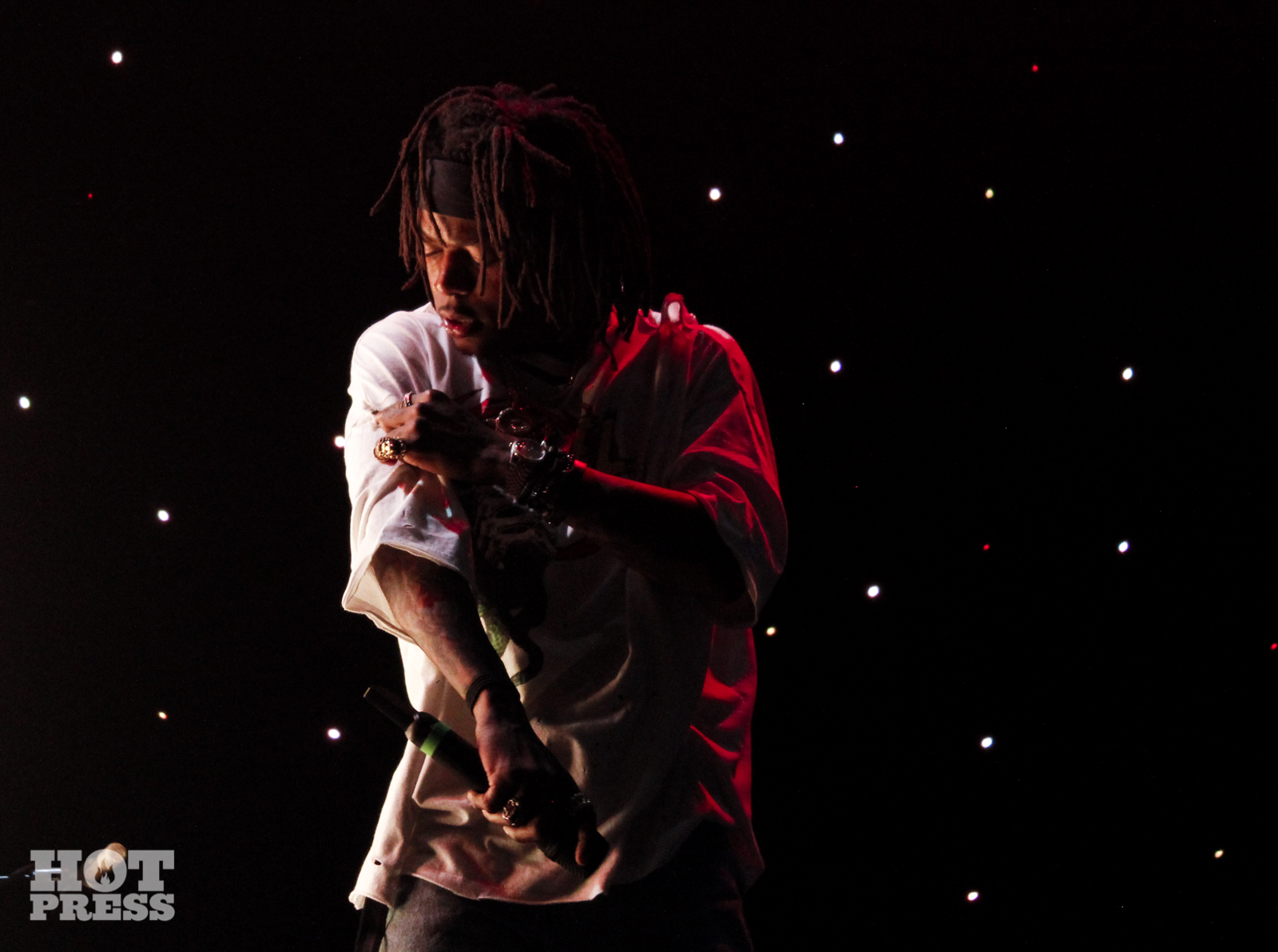 With the crowd’s resounding insistence that, yes, they could follow these simple instructions, J.I.D motioned to his DJ to queue up this new heat. He took a few steps back and lowered onto his haunches, obscuring the DiCaprio 2-emblazoned marquee behind him. The move felt symbolic. As the minor-key instrumental crept in and J.I.D began snarling out this new rap, he didn’t seem much like the Titanic star that inspired his previous album at all. Dreads swinging low, sleeves ripped off, decorative moon labeled “East Atlanta Playboy” suspended overhead, he seemed more like a wolf.

The haunting track revealed a grisly new direction for the artist, possibly signaling a change in sound for his next project. It was spellbinding—at least for the 30 seconds of it that he got through. He stopped short when, unsurprisingly, he spotted a phone. 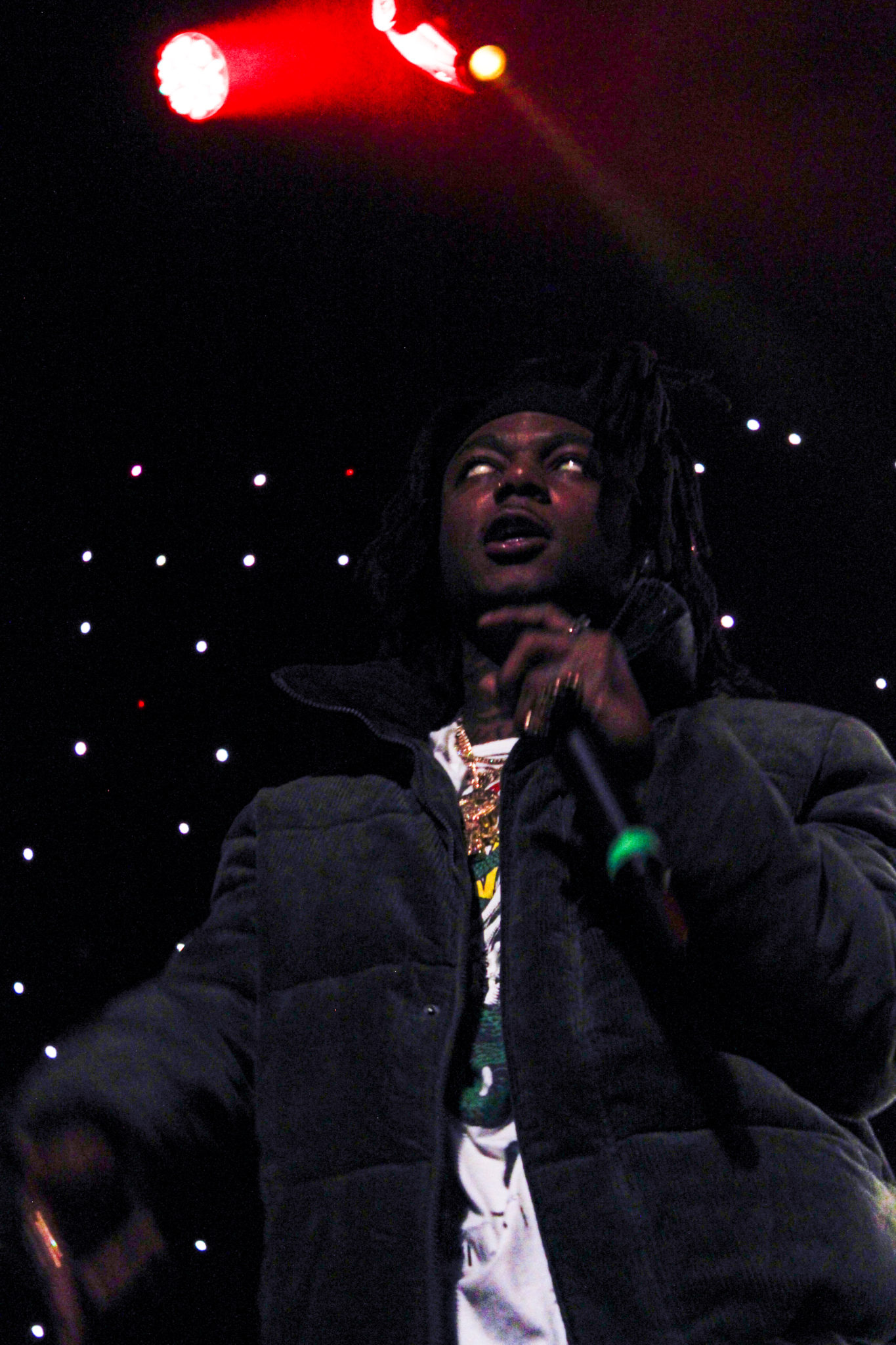 “Shame, shame, shame,” J.I.D repeated, finger locked on the culprit. His devotees chimed in without hesitation. Those closest to the offender hoisted him up and tossed his phone to the rapper onstage, but he couldn’t unlock it to delete the video.

“Oh, well,” he shrugged, passing the phone back. He hesitated for a few moments, presumably deliberating on how to proceed without harshing the excitable vibe he had generated.

“Wanker, wanker, wanker!” A crew of shirtless boys in the pit had started a new chant, and it quickly caught on. It took a second for J.I.D to understand the Irish accent, but when he did, he burst out laughing, his characteristic smile instantly coloring his face. His canine demeanor had dissipated. 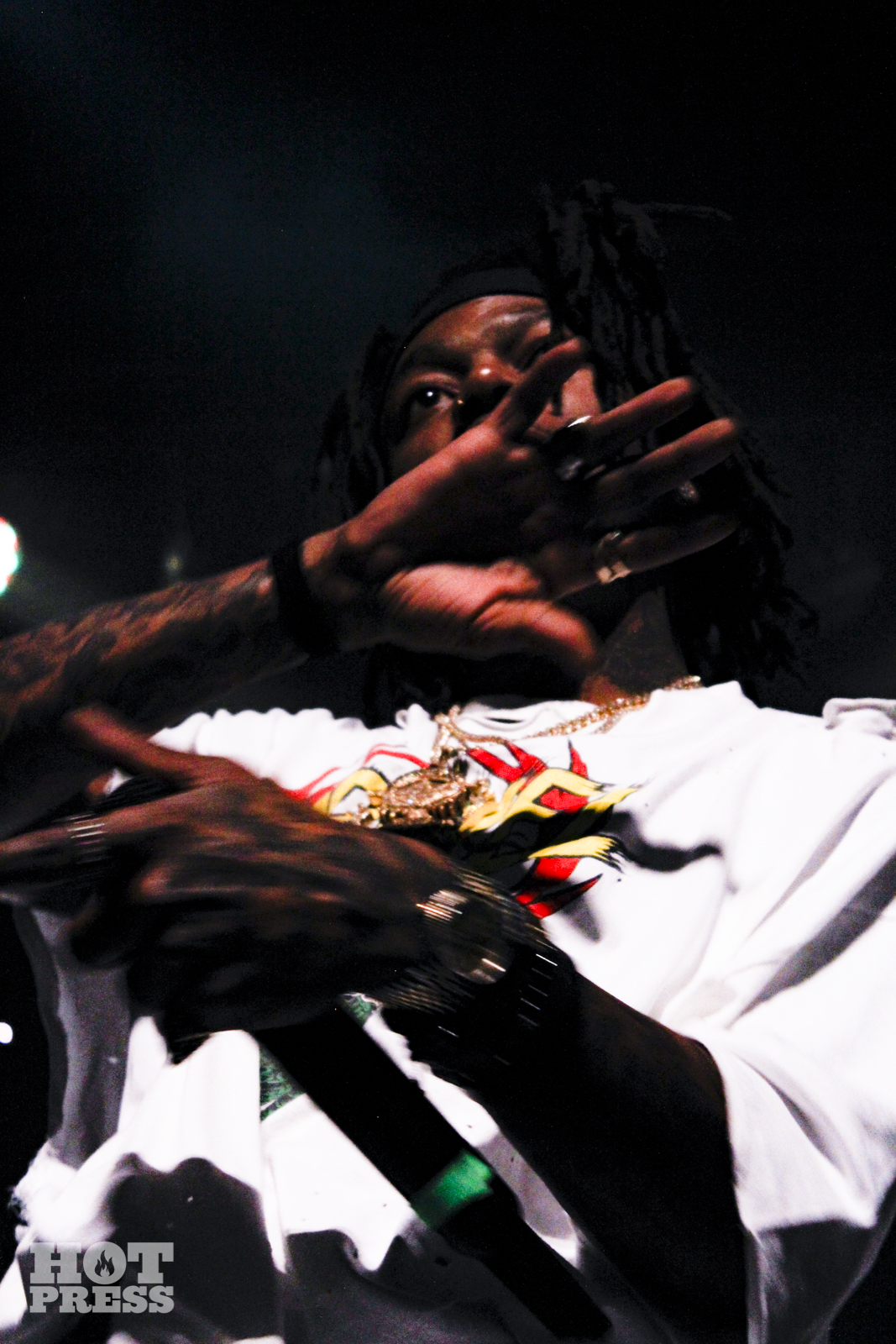 Aside from his lung capacity, which must be limitless, this showmanship was perhaps the most impressive skill J.I.D brought to the theatre Tuesday night. These theatrical moments—which included the surprise appearances of Dreamville label-mates Bas and Ari Lennox—in tandem with a healthy amount of crowd interaction made for a show that seemed to leave everyone smiling, thanks in no small part to the rapper’s penchant for giddiness and laughter. Even during moments when J.I.D completely lost you with his breakneck, labyrinthine flows, it was still a feel-good show. How could concert-goers not feel good when J.I.D donned their country’s flag and led them in an uproarious rendition of “Olé, Olé, Olé”?

After breezing though some of his most verbose songs, including “Off Deez” and the hypnotising “Just da Other Day,” the rising rapper decided that, though he didn’t appear to be out of breath in the slightest, the show had to end sometime. “151 Rum” would be the last song of the night.

He cruised through it. Then he plopped down onstage to receive his gleeful fans with open arms.

Photos by Indie Caldwell. Check out her full gallery here.

Damien Dempsey, Wyvern Lingo and more to play 'The Strawberry Sessions' on Virgin Media Television
PREMIERE: Jack Dora revisits his travels in new video for 'Stuck in Saigon'
Strange Boy: “Any Irish person that hears trad, it connects with them automatically, because it’s an ancestral thing.”