Shortly after Strange Brew announced their new festival 'Fall Right Into Place', the Government – as if by fate – eased Covid restrictions. So the organisers dispensed with socially distanced pods, and the historic Claregalway Castle was converted into an intimate festival ground. 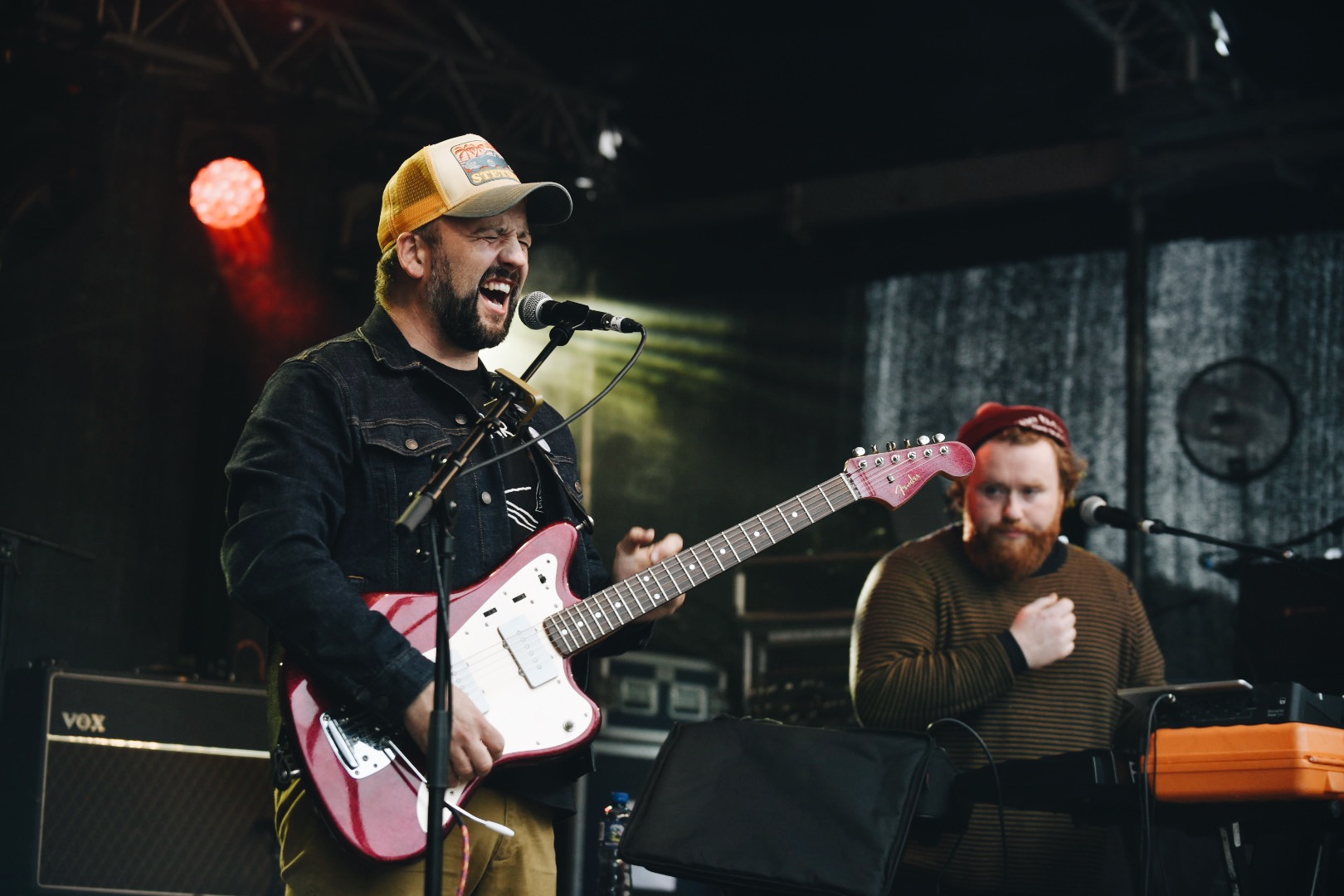 The evening kicked off with Limerick alt rock quintet Windings, who played a host of songs from their 2020 album Stray Dogs, in addition to a stunning and unexpected cover of Junior Brother's 'The Back of Her'. 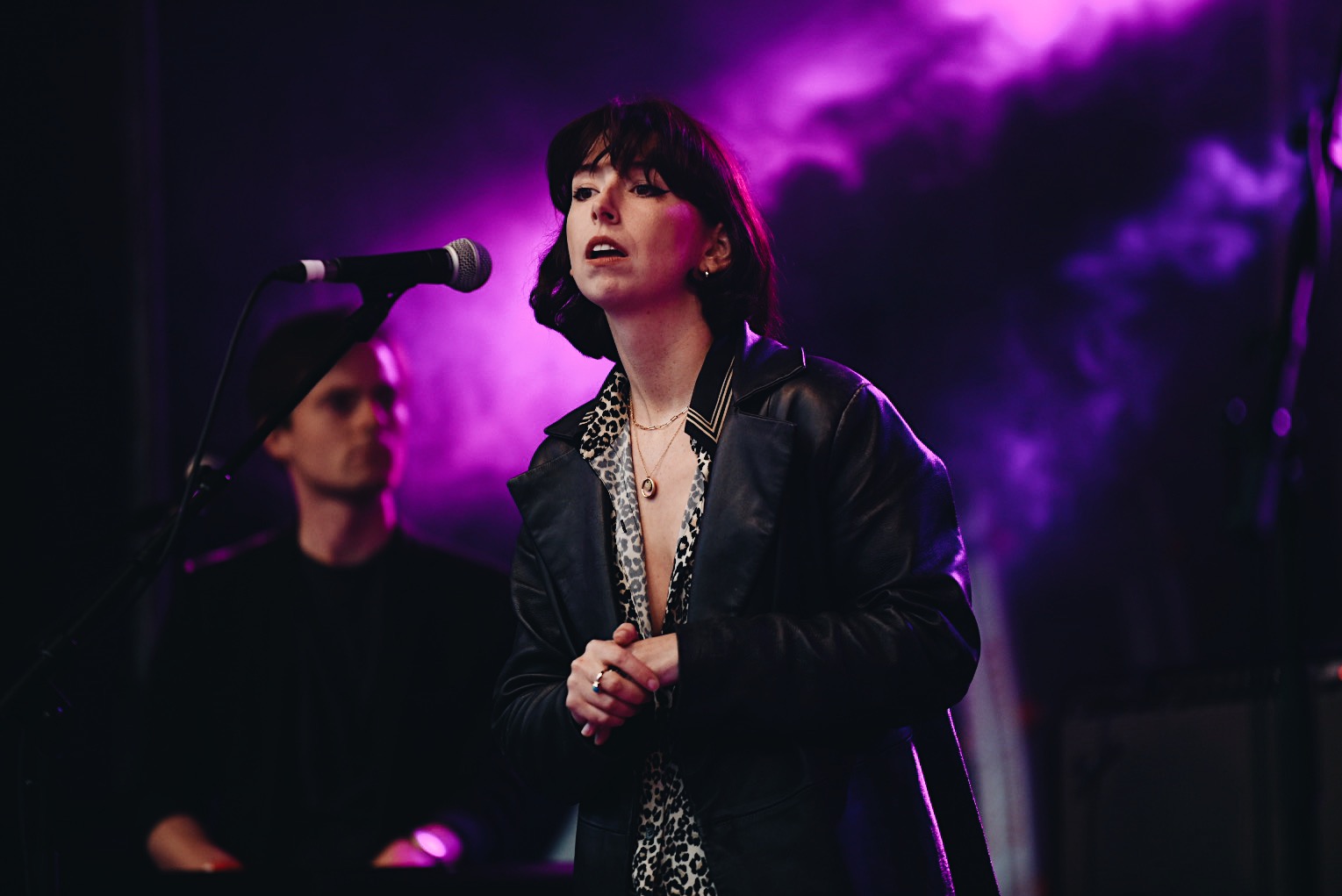 Soda Blonde took the stage next, foregoing small talk (pardon the pun) and launching straight into their most danceable tunes. Opening with 'Tiny Darkness', the perennially excellent Faye O'Rourke encouraged a slightly gun shy crowd to rise from the picnic tables and dance. By the time the first chorus of 'Holy Roses' kicked in, most of the crowd were on their feet. The high energy set included numbers from their recently released album Small Talk, as well as 'Don't Mind Them' from their Terrible Hands EP and 'Motion from isolation content. 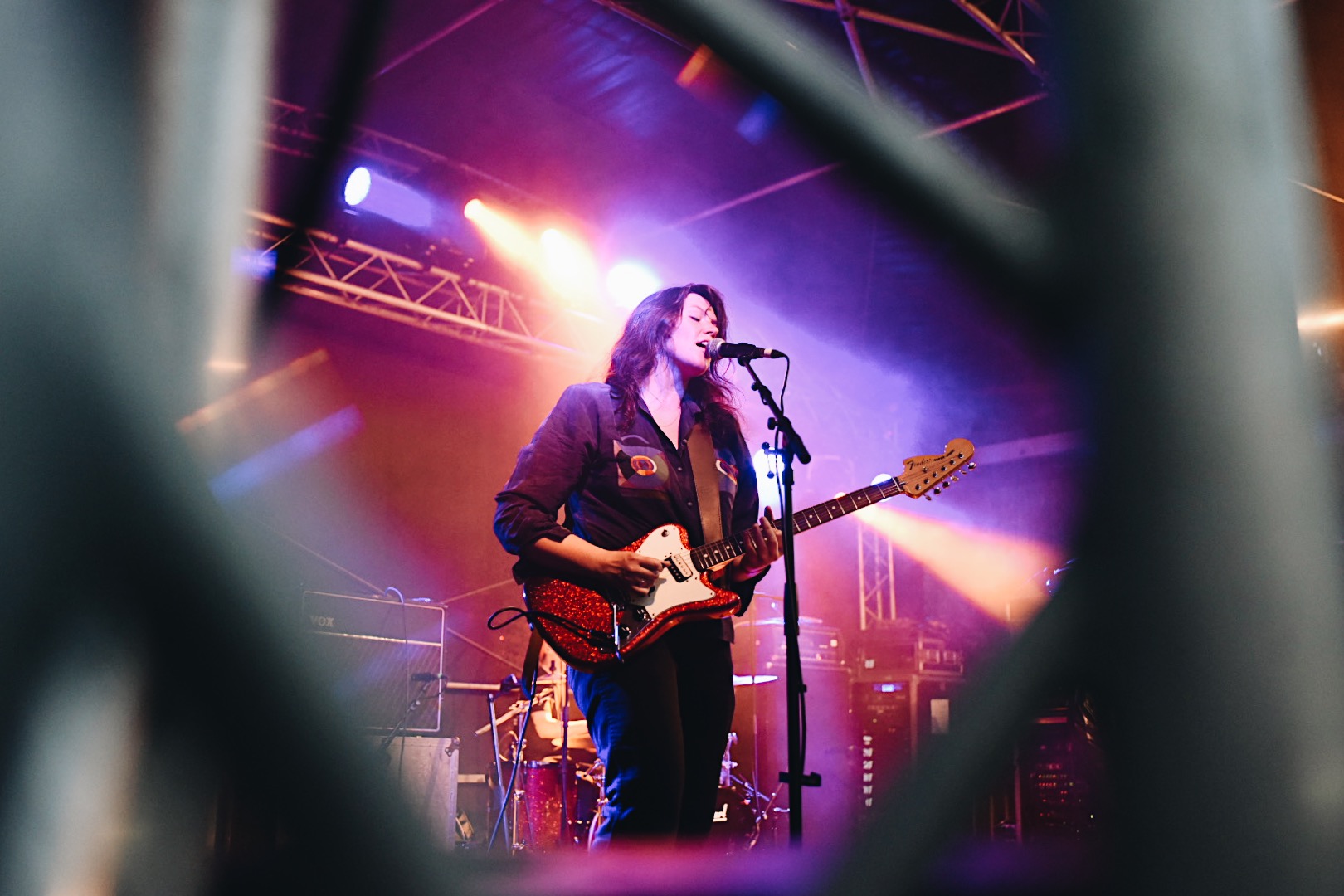 Bitch Falcon followed, delivering a raucous set that included a number of tracks from their debut album Staring At Clocks, like 'Turned To Gold' and 'I'm Ready Now'. Lead singer Lizzie Fitzpatrick gave a ferocious performance, assisted by Thumper's Oisin Furlong on guitar as the sun set behind the castle.

Junior Brother played songs from his Choice Prize-nominated debut album Pull The Right Rope, including 'Coping' and 'Full Of Wine'. The Kerry singer-songwriter also debuted some arresting new material, though he hasn't officially announced a sophomore album. He was in top form, cycling through fan favourites like 'Hungover At Mass' – from his Fuck Off I Love You EP – and 'The Back Of Her' (also from Pull The Right Rope). 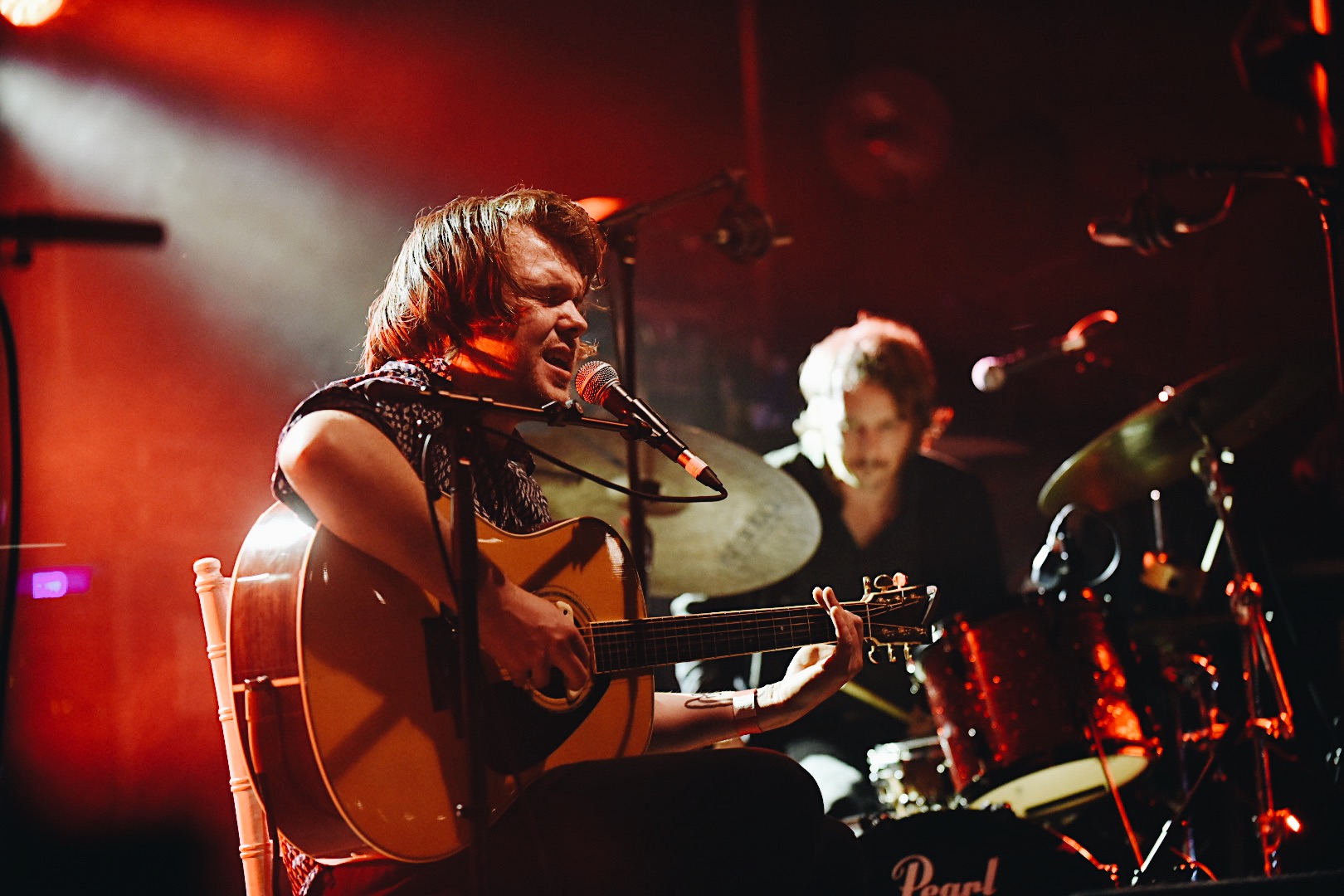 By the time Dundalk trio The Mary Wallopers filed onto the stage, it was raining. But far from dampening spirits, the bad weather sent the crowd into a euphoric frenzy. 'The Blarney Stone' saw the festival goers well and truly dancing, and not a single person was seated by the time the trio closed their set with their breakout single 'Cod Liver Oil & The Orange Juice'. For their encore, they invited Junior Brother and Daragh Lynch of Lankum onstage to sing a rendition of 'What Would You Do If You Married A Soldier?' The group are fast becoming one of Ireland's most well-loved folk acts – and between their reputation for being some of the soundest lads in the industry and the sheer talent on display Friday night, it's easy to see why. 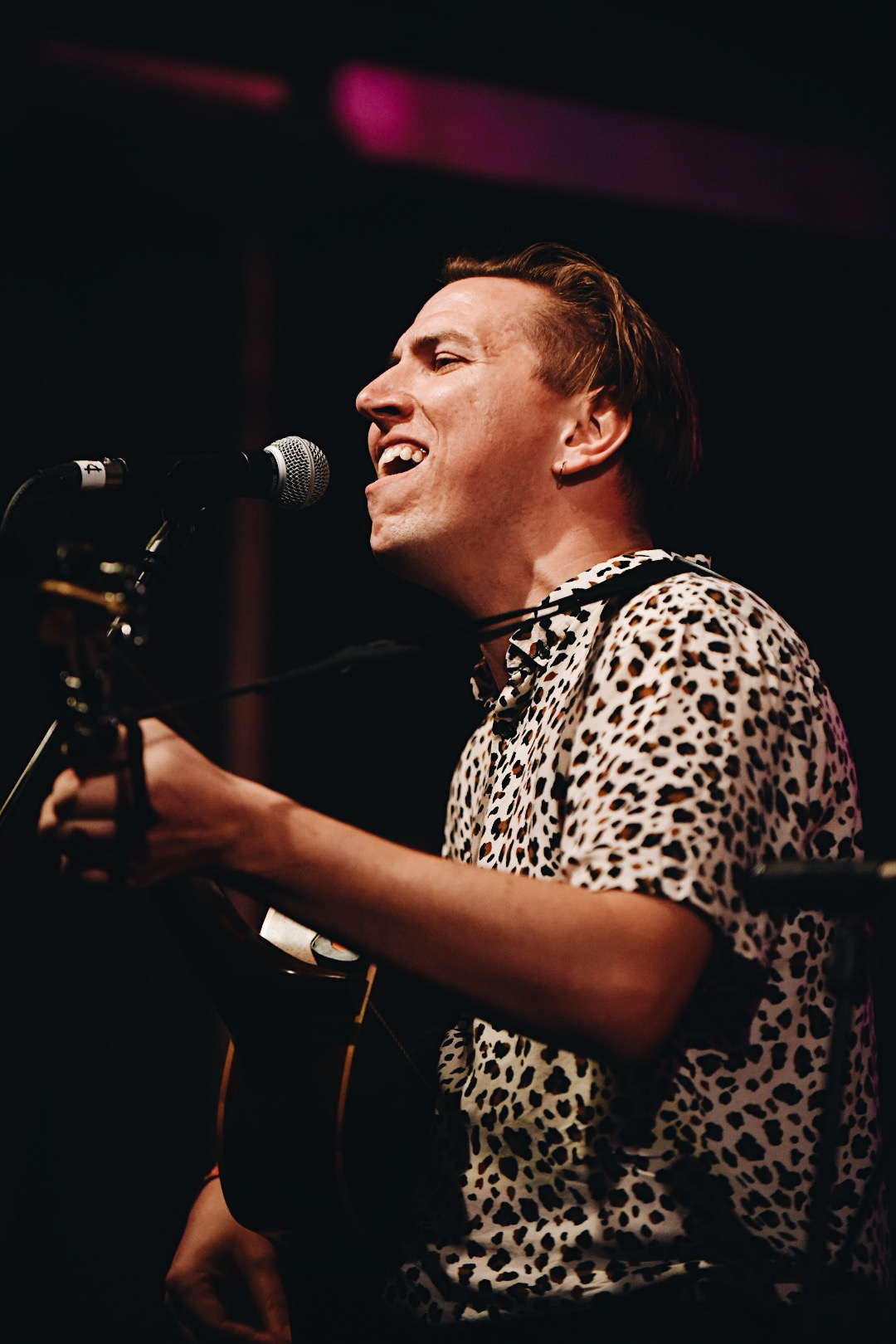 The Mary Wallopers by Miguel Ruiz

As the crowd thinned at the end of the night, the consensus was clear: most of us had completely forgotten the feeling of unadulterated elation which comes from losing yourself in live performance. 'Fall Right Into Place' managed to strike gold, maintaining a friendly, small festival atmosphere and offering attendees an escape. A much-needed reminder of how deeply we all need live music and the artists who provide it.

The Scratch, NewDad, The Mary Wallopers to play Galway festival Fall Right Into Place
Hibernacle to take over Claregalway Castle this weekend for Meet Me At The Castle
'Once I got in front of an audience, I could play so much better than when I was at home': Andy Irvine on returning to the stage at 79