After a landmark 2021, Cork singer-songwriter Cian Ducrot returns to his roots for a sold-out evening at Dublin’s Workman’s Club.

Last year proved a turning point for 25-year-old Cian Ducrot. Following the release of his debut EP, the rising Irish musician enjoyed a whopping 35 Million streams globally, making a name for himself at summer festivals Forbidden Fruit and Barn on The Farm and recently basking in his first Top 30 hit with ‘All For You.’

So when Ducrot announced his native Irish tour, the people flocked. In the hours leading up to the musician’s Monday night – sold-out – headline show, Dubliners convened in the main venue of Workman’s Club. The air hummed with excitement over the arrival of Ducrot, his presence felt long before he took to the stage.

Julia Church got the crowd warmed up as the evening’s sole opening act. With nothing but her keyboard, the South African singer-songwriter won us over with her stirring ballads and evocative vocals. From heartbreak to missing home, Church tugged gently at her audience’s heartstrings as the room fell silent, soaking up each sweetly sung tune. 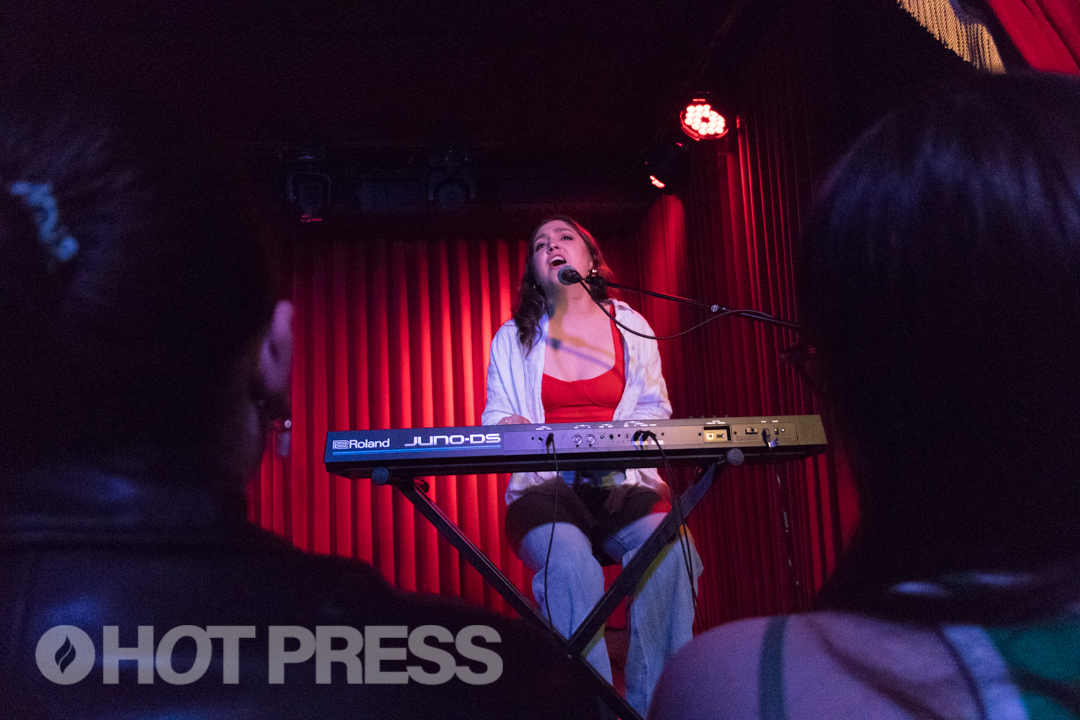 When Ducrot did jump on stage, the audience erupted with exhilaration. With a background in classical music, the artist and producer is his own one-man band, taking up various instruments throughout his set with impressive finesse.

“What’s up, Dublin?” Ducrot greeted the room to the tune of his forthcoming, soaring ballad ‘I’ll Be Waiting.’ Stepping out from behind the keys, the singer wore a beaming smile as he got up close and personal with his audience.

Breathless from the warmest of welcomes, Ducrot introduced the next song with a brand of humour that infected the rest of the night. “I’ve had a few ex-girlfriends,” he grinned, “been a bit of a player.” 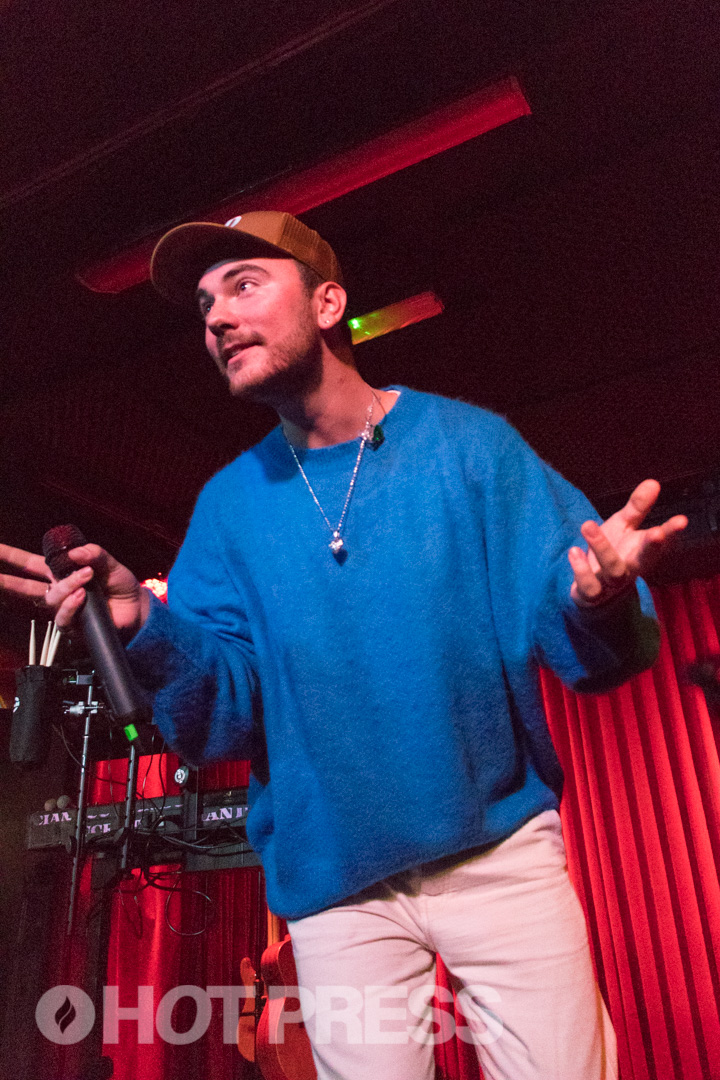 ‘Not Usually Like This', though born from the heartbreak the singer experienced when his past girlfriend left him for his close friend, carried a captivating pop power, a testament to Ducrot’s songwriting prowess.

Ducrot spent half the set cracking jokes with his audience, showcasing his equally charming and goofy personality. One might say the 25-year-old has the gift of the gab, evident as he remarked, “It’s nice to be back in a place where people know how to pronounce my name!”

Moving from dazzling with keys for ‘Endless Nights’ to strapping on an electric guitar, Ducrot blended a cover of ‘Hallelujah’ into his own song, ‘Make Believe.’ “This song is quite underground,” he joked over the instantly recognisable opening strings of Leonard Cohen’s song. “You probably won’t know it.” 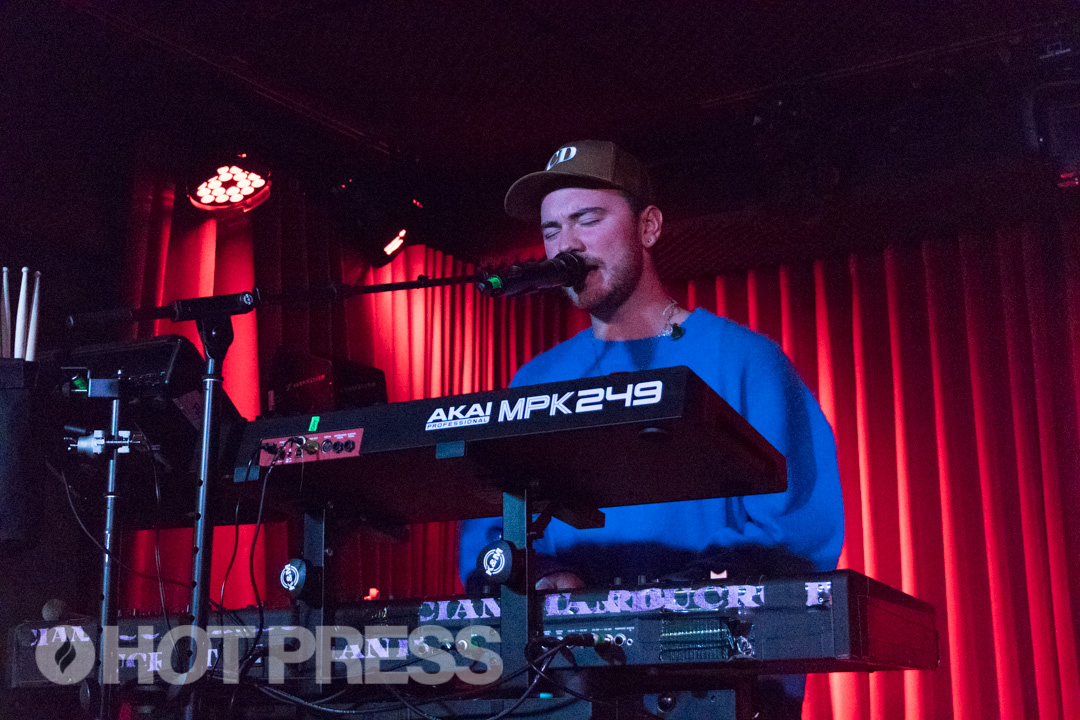 Despite the success off the back of his 2021 debut EP Make Believe, the pop songwriter made it clear he’s only moving forward as he debuted several unreleased tracks. “No hands,” he beamed as he set the drum loop for ‘Both Of Us,’ before moving to the piano and guitar. Even on unreleased songs, Ducrot made sure to get the room involved, teaching the crowd the lyrics for the chorus. The singer stepped away from the mic for the bridge to show off his instrumental work, powerfully delivering a howling guitar solo as the song swallowed itself.

“I wrote a song, I think it has potential,” the singer announced, upping the ante before sending the room into laughter as he played a stirring cover of Coldplay’s ‘Yellow.’ The highlight of the night came as Ducrot jumped off the stage and met his audience, standing in the middle of the room with nothing but an acoustic guitar. Despite never having heard the unreleased song before, the singer managed to direct the audience into an intimate duet. 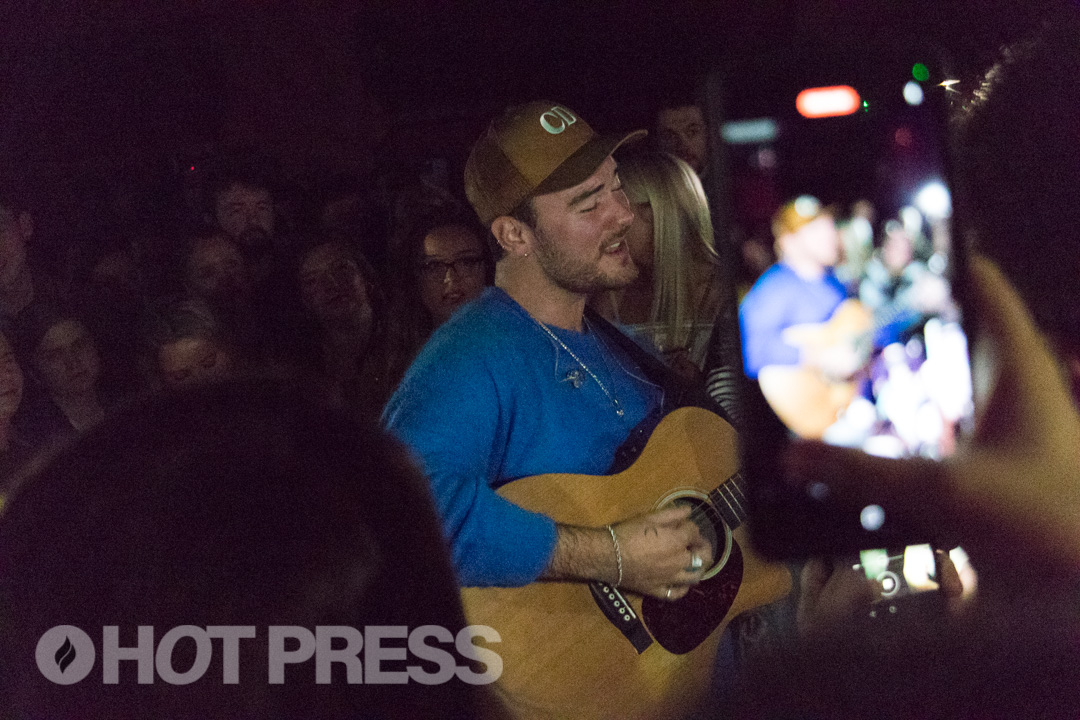 That’s the charm of Ducrot, whose raw vocals bounced off the walls with enigmatic force. When he stepped back to his spot onstage, the singer-songwriter got personal as he revealed the meaning behind his heart wrenching next song ‘Hurt This Bad.’ Written during lockdown for a friend who experienced a misscarriage, Ducrot’s capacity for emotive storytelling shone through as the room fell silent for the intimate track.

He lightened the energy with ‘Something About You,’ a song he half-jokingly introduced as being about his neighbour. “She’s a massive bitch,” he lightheartedly told the crowd with a wickedly innocent grin.

The final song of the night was only Ducrot’s recently-released smash hit ‘All For You,’ which the audience seemed to know before the first notes rang out. “Here’s the song you’ve all been waiting for,” he announced as the crowd clapped over Ducrot’s driving piano chords. The room soared high, singing along to every word of the pop hit, as the Irish singer soaked up every last moment of a momentous evening. 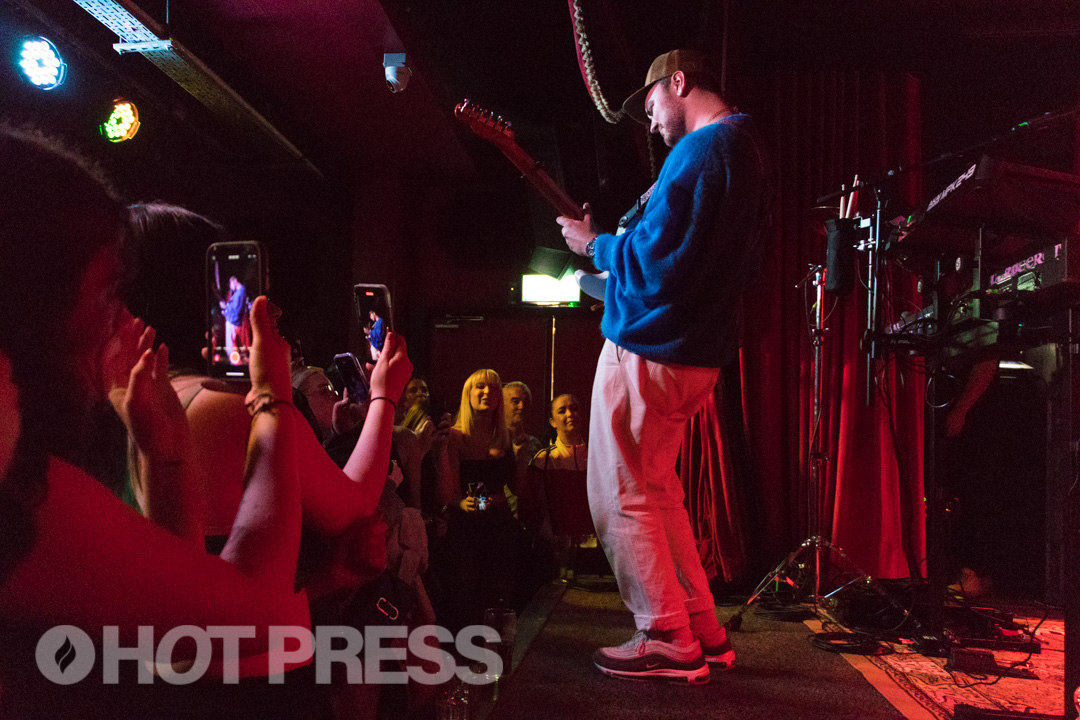 If there’s one thing Cian Ducrot has proved within the last year, it’s the Cork talent’s potential for pop stardom. And after Monday night’s sold-out headline spectacle, there’s no doubt he’s well on his way toward glory.

Cian Ducrot goes on tour with Ella Henderson this October. He plays Dublin’s Academy in March, with tickets available here.

Official Irish Charts: Cian Ducrot hangs onto top 10 spot with single 'All For You', while Harry Styles overtakes Beyoncé for top album of the week
Track of the Day: Cian Ducrot - 'All For You (feat. Ella Henderson)'
Cian Ducrot Announces Debut UK and Ireland Headline Tour