Listen to the debut album from Emperor of Ice Cream below.

Almost 30 years after their formation, Cork band Emperor of Ice Cream have finally released their highly anticipated debut album No Sound Ever Dies – out now through FIFA Records.

Now based in Cork, Waterford, New York and Amsterdam respectively, Eddie Butt, John ‘Haggis’ Hegarty, Graham Finn and Colum Young of Emperor of Ice Cream recently decided to put return to their album that was shelved 25 years ago – after parting ways with their label, Sony Records. 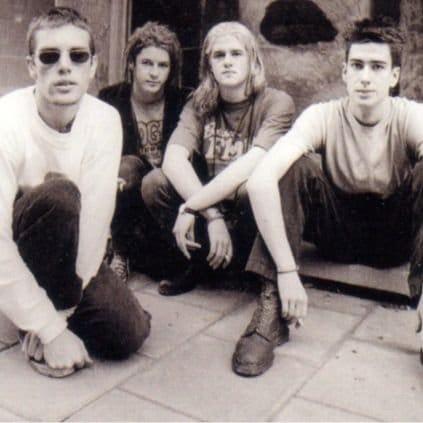 Upon delving into their early releases, they discovered a treasure trove of recordings and unfinished ideas that still sounded remarkably fresh, and began putting the finishing touches on an album that they had left Cork for London to work on during the mid-90s.

No Sound Ever Dies, featuring singles 'Everyone Looks So Fine' and 'Lambent Eyes', is available to purchase now as a digital album, a CD, or a limited edition vinyl on Bandcamp:

Ryan Adams "cleared" of sexting underage fan following FBI investigation
AC/DC share innovative new clip for Power Up track 'Realize'
WATCH: Ashnikko samples a Kelis classic on new track 'Deal With It’
The 1975 cancel all 2021 touring, confirm work on new album
Brian May creates 'Save Me' luxury cologne in aid of wildlife causes
On this day in 1969: Led Zeppelin release their self-titled debut album
We use cookies to ensure you get the best experience on our web site - by using this web site you consent to our use of cookies. Read more »