Picture This and Jordan McGraw will open for the band in their sold out Dublin show.

The Jonas Brothers announced today that Picture This and Jordan McGraw will join them on their smash hit Happiness Begins Tour across Europe, including a show at Dublin's 3Arena on Friday, January 31st. 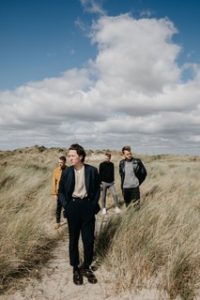 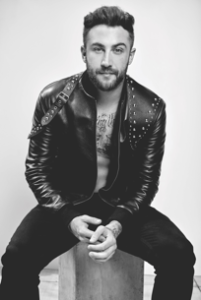 This Irish band came in with a splash even on their first album, with the group's self-titled 2017 debut hitting #1 and going triple-platinum in its homeland, launching hits such as “Take My Hand”, "Never Change" and "Addicted to You." It was named Album of the Year at the Irish Post Music Awards. For second album, MDRN LV, Picture This felt charged to make "something even better than we did the last time out," according to front man Ryan Hennessy, and achieves that with a tightly crafted 12-track album that indeed builds on the virtues of Picture This to advance the band, and its music in bold fashion.

Singer and guitarist Jordan McGraw launched his solo career in April 2019 with his debut solo single “Flexible” which was accompanied by a star-studded music video.  In August 2019, he released his second single, “Met At A Party” featuring Sarah Hyland which they performed together at the 2019 Teen Choice Awards. Most recently, Jordan released his self-titled debut EP.

The European leg of the tour, spanning 16 cities, is part of what's set top be the biggest the Jonas Brothers have had yet. The Happiness Begins Tour is set to kick off in Birmingham and make stops in Germany, Spain, Italy and more before wrapping on 22nd February in Paris.