Irish Charts: Taylor Swift's Midnights returns to No.1 while TraviS & Elzzz land at No.2
TraviS and Elzzz.

The Dublin-based rap duo from Gliders Collective have scored the No.2 spot with Full Circle.

The inimitable Taylor Swift has retaken the No.1 spot on the Irish Albums Charts this week with Midnights, fending off a new entry from Irish-Nigerian hip-hop pairing TraviS and Elzzz.

The Gliders founders have landed at No.2 with their impressive new mixtape Full Circle. The 8-track project, which was produced in its entirety by long-time collaborator Liam Harris, sees the rappers reflect on their journey thus far—from freestyling together during lockdown to shaking up the game with their inimitable chemistry on wax.

Over the course of the near-20-minute offering, we get an insight into how two underdogs defied the odds while also creating space for others to forge their own paths on Full Circle.

Meanwhile, Dublin star Dermot Kennedy's second full-length offering Sonder has dropped down to No.3, while SZA's former chart-topper SOS is down three slots to No.4.

The Weeknd is at No.5 with The Highlights, with Harry Styles' Harry's House, Eminem's Curtain Call - Greatest Hits, Dermot Kennedy's 2019 debut Without Fear, Ed Sheeran's Equals and ABBA Gold rounding out the Top 10.

Elsewhere, The Mary Wallopers have scored their first Top 30 hit, coming in art No.28. They also nabbed the No.2 slot in the Independent Charts

Arctic Monkeys are still at No.1 in the independents chart with AM , but they have four albums in total in the indie charts. Latest LP The Car at No.6, Whatever People Say I Am, That's What I'm Not is at No. 8 while Favourite Worst Nightmare is at 10. 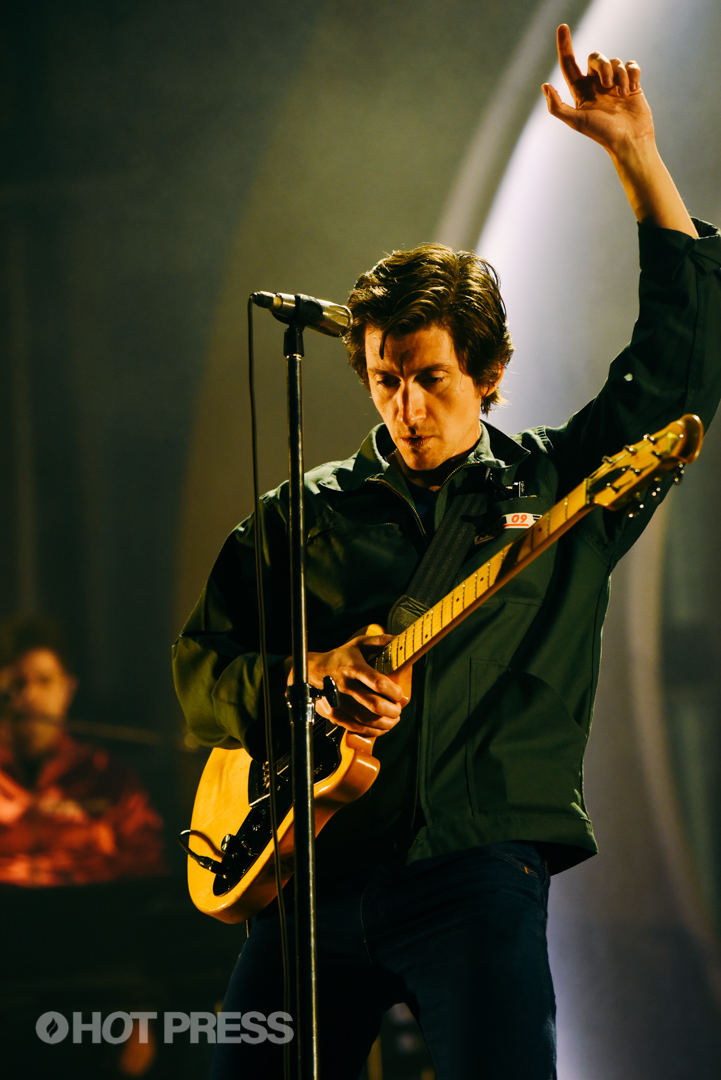 Meanwhile, over on the Irish Singles Charts, Miley Cyrus has arrived straight in to take the No.1 crown with her new empowerment anthem 'Flowers'.

Taylor Swift's 'Anti-Hero'; Venbee and Goddard electronic banger 'Messy in Heaven'; Central Cee's Passenger edit 'Let Go', 'Creepin'' by 21 Savage, The Weeknd and Metro Boomin; Rema's 'Calm Down'; Oliver Tree's Robin Schulz collaboration 'Miss You' and 'Made You Look' by Meghan Trainor round out the Top 10.

Anna Mullarkey: "Declan O’Rourke, Lisa Hannigan and Máirtín O'Connor are huge influences. I learnt a large part of the trade through Daithí"
"Technology breakthrough" could help Rolling Stones secure legacy, says Mick Jagger
Sigrid: "Other Voices is the best, honestly. That night in Dingle was the most fun I’ve had in a long time"
ABBA share new 'Voyage' costumes ahead of groundbreaking digital tour
THUMPER: "Don’t think too much about what other people will feel about your music, because doing it for someone else is the death of creativity"
“Parasitic” ABBA tribute band agree to stop using the ABBA name