PLAYIRISH will feature an eclectic mix of Ireland's musical heroes and up-and-coming artists.

A new digital Irish music station, PLAYIRISH, is set to launch on Sunday, March 31. The new station, which will be available globally on the popular Irish Radioplayer platform and mobile app, will see a whole range of exciting Irish artists celebrated, from established musical heroes to up and coming artists. Offering a unique mix of 100% Irish talent, PLAYIRISH promises to take listeners right to the heart of the nation's music scene.

Each week will showcase a whole array of diverse Irish talent, from Hozier and Dermot Kennedy to Kojaque and The Gloaming. Over time, PLAYIRISH will also host a selection of original music shows from well known Irish musicians, music industry figures, songwriters and composers, alongside musical content from key events in the Irish musical calendar such as Other Voices and Hard Working Class Heroes.

"Every serious music city or territory has it’s own small but cool radio station that champions new and exciting music, whether it’s BBC6 Music, KEXP in Seattle, or FluxFm in Germany. PLAYIRISH will be ours to champion Irish music at home and internationally."

A massive breakthrough for Irish music, PLAYIRISH, was made possible through collaboration between the Irish Association of Songwriters, Composers & Authors (IASCA), the Independent Broadcasters of Ireland (IBI) and RTÉ.

On Sunday, the station will be available around the world on both www.playirish.ie and through Irish Radioplayer. 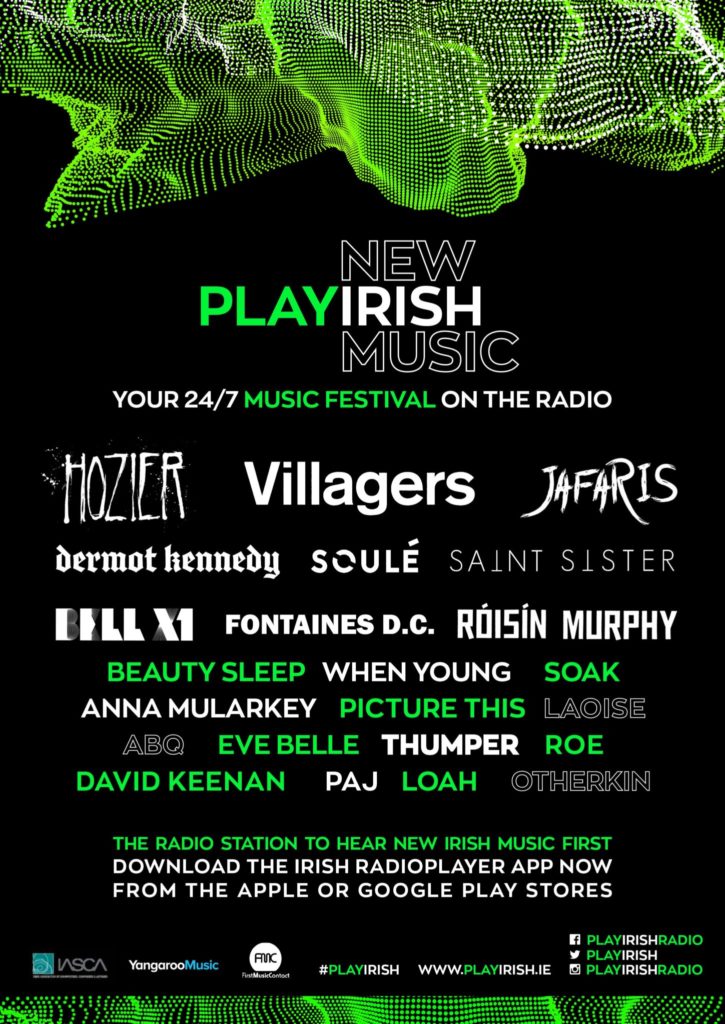 WATCH: Thanks Brother perform 'Have I Told You Lately' for Rave On, Van Morrison
The Coronas come out on top in battle with Fontaines D.C. for No.1 album
Dermot Kennedy and Irish Women in Harmony dominate the Official Irish Homegrown Charts
The National Campaign For The Arts warns of 'creative flight' if the Irish arts community isn't properly supported during the Covid crisis
Fontaines D.C.: "Regardless of whether you’re a Sinn Féin supporter, democracy works when people get what they voted for – and they haven’t"
Malaki and Nealo release 'Glory Daze', the final Cocoon track
We use cookies to ensure you get the best experience on our web site - by using this web site you consent to our use of cookies. Read more »