POD have announced the brand new Meadows Festival, which will take place at the Irish Museum of Modern Art, Royal Hospital Kilmainham this August.

Each day of the festival will feature a matinee show and evening show, alongside two live spoken word/podcast shows under the banner of All Curious Minds. See below for the full line up.

Tickets for Meadows Festival will go on sale this Wednesday July 21st and will be available for each show in groups of 4 & 6 people only. Each group will be assigned a numbered pod at the event, and the open-air space will be carefully designed to accommodate Covid compliance measures..

Meadows Festival is supported by the Department of Tourism, Culture, Arts, Gaeltacht, Sport and Media as a part of the Live Performance Support Scheme.

Tickets for Meadows Festival go on sale Wednesday, July 21st at 9am via Ticketmaster.ie 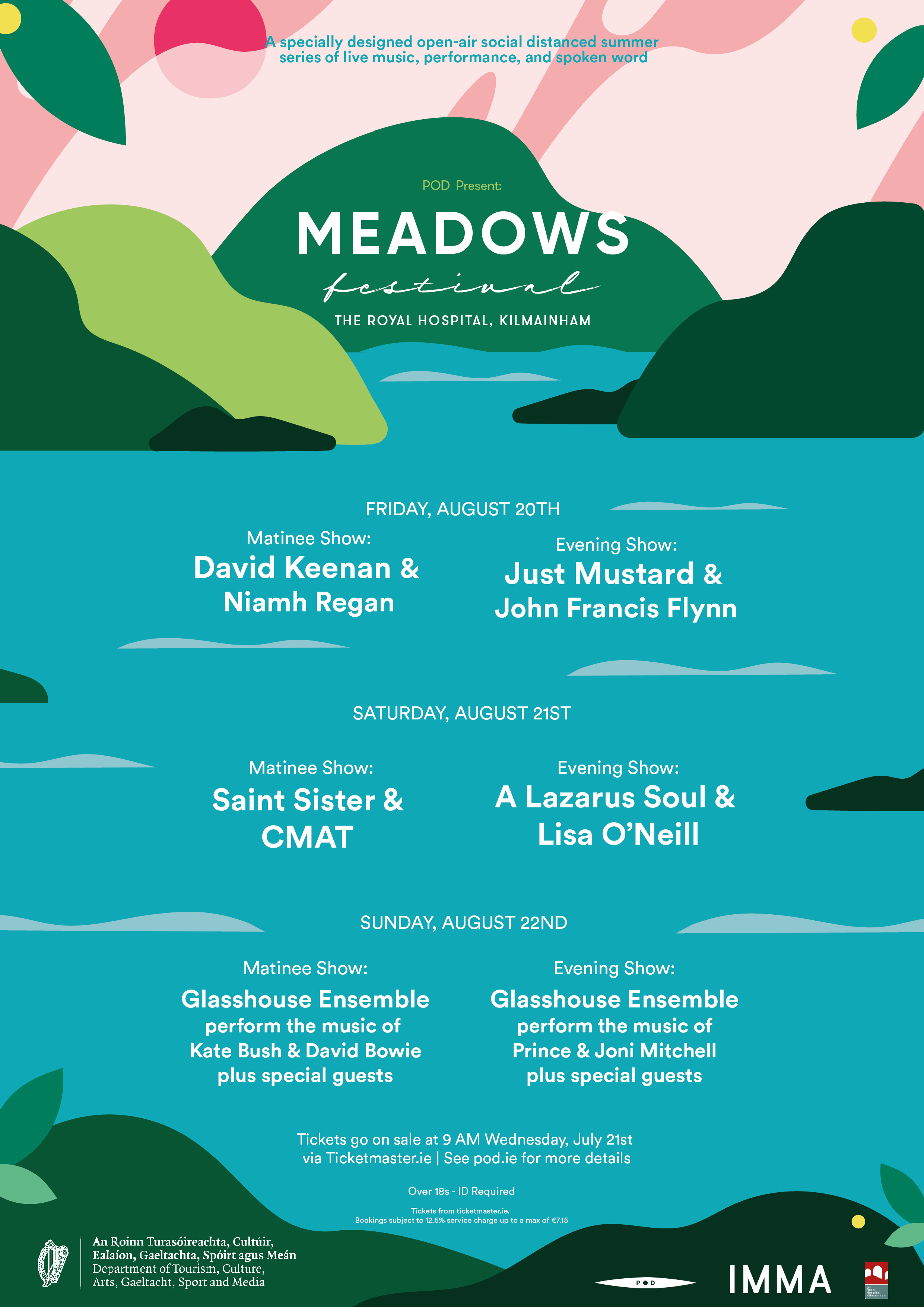 Mary Coughlan to kick off the Opium Sessions in Dublin tomorrow night
Mary Coughlan, Paranoid Visions, SACK, and A Lazarus Soul to headline the Opium Sessions in October
Signs of Life Festival to take place in Kilkenny and Dublin this Autumn
UPDATED: There's LOADS of quality Irish music & merch incoming for the latest Bandcamp Friday!
Hot Press' 2019 Folk Albums of the Year
Hot Press' 2019 Albums of the Year: 50-41