As Counting Crows begin wrapping up The Butter Miracle Tour in the US later this month, the band have announced today that they're set to bring the tour to Europe in 2022 – including a show at the 3Arena, Dublin, on March 27.

The 26-show run is set to kick off in Helsinki at the famed House of Culture on February 28, making stops in major cities across the continent. The tour announcement follows the release of the band’s latest album, Butter Miracle, Suite One – a four-track, nineteen-minute project, unleashed on the world back in May.

“It’s great to be back out on the road in the States after all this time off but we’re over the moon about touring Europe in the Spring," says lead singer Adam Duritz. "We look forward to seeing everyone at the shows in 2022!”

General tickets go on sale this Friday, October 8, at 10am. See Ticketmaster for more information.

Artist pre-sale and VIP package sales for the tour begin Tuesday, October 5, at 10am local time for 24 hours. Local and partner pre-sale is from Wednesday, October 6 until Friday, October 8. 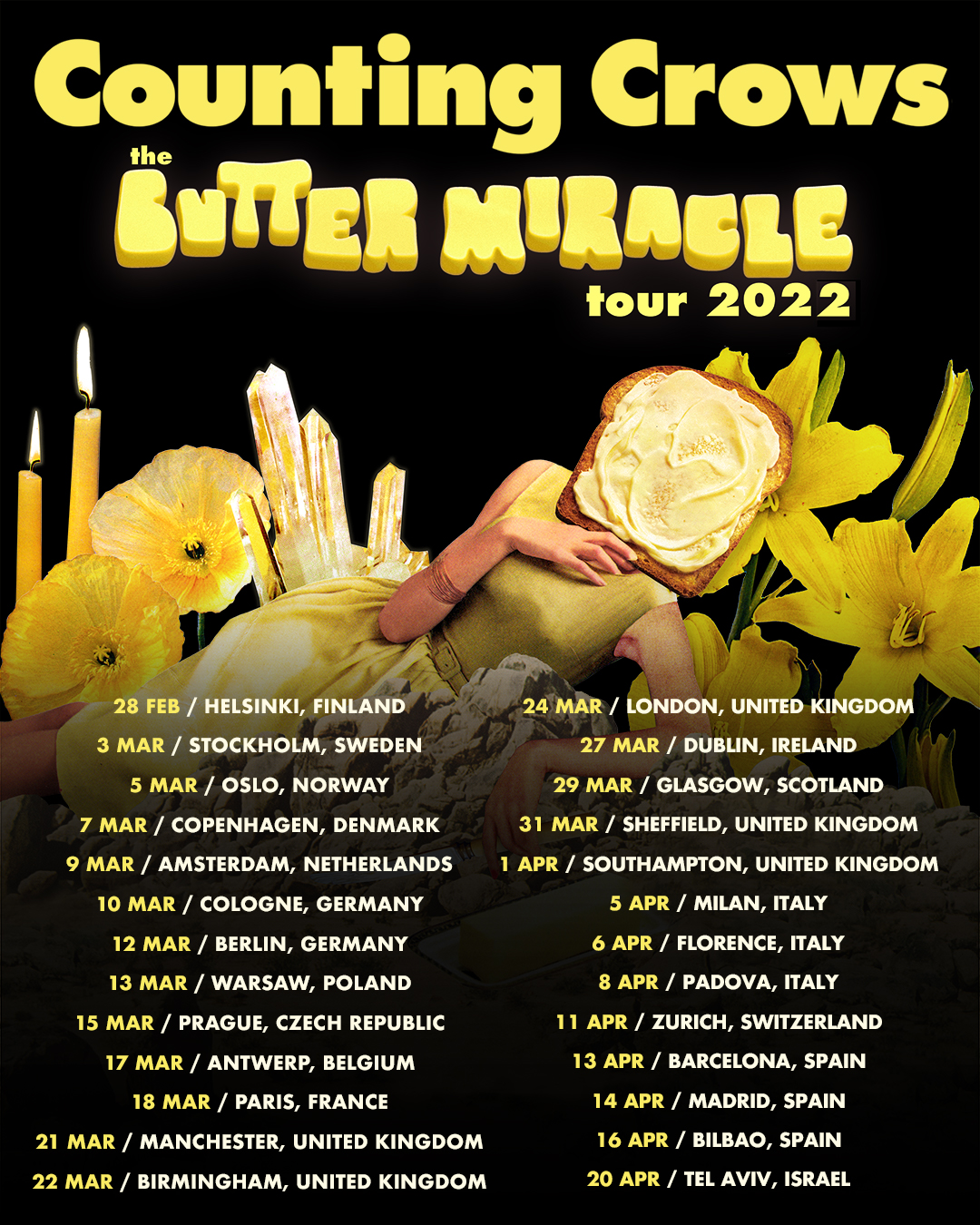